From window shoppers to hardcore gamers, Indian users are ready to spend on gaming

As gaming grows in India, users are opening up to the idea of spending money on games for better experiences 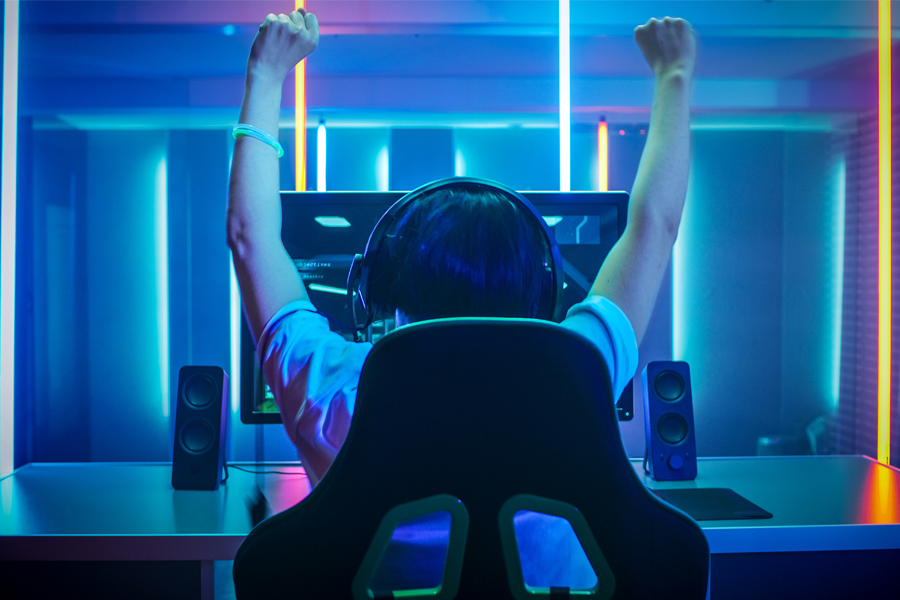 New players and players who have just started spending on games are making micro transactions of as low as Rs10 while seasoned players are spending in lakhs. Image: Shutterstock

Saanvi Anand spends her afternoons playing CandyCrushSaga and she’s currently at level 1700. It took her a year and a pandemic to get here. While she now knows the tricks of the game better, what has changed for her is the indulgences of ‘boosters’. Two years into the game and she has graduated from being a free player to someone who spends close to Rs100 a week for in-app booster purchases. Anand is not alone. Players in India are now open to paying for the games they play and increase spends, pushing monetization scope for gaming brands across categories.

New players and players who have just started spending on games are making micro transactions of as low as Rs10 while seasoned players are spending in lakhs.A low entry barrier on most of the platforms is boosting spending.There are other reasons too. “The improved credibility of online gaming as an industry is a major contributing factor behind the increasing spending power of users. Also, the constant evolution in factors such as gamer types, demographics, income, and reason for playing a particular game, influence the spending power on gaming platforms,” says Sunil Yadav, CEO of homegrown one-point gaming destination, PlayerzPot.According to Yadav, the government’s support to India’s AVGC (Animation, visual effects, gaming, and comic) sector during Union Budget 2022 is not just attracting investments but also helping the industry gain momentum and user trust. As per latest EY reports, the domestic market for online gaming is estimated to grow from US$906 million in 2019 to over US$2 billion in 2023 representing a CAGR of 22% approx.

Real reasons behind growth in spends

While the pandemic has clearly amplified the popularity of games across categories, Vipul Kedia, chief data and platforms officer and head of MAAS India (Affle) says what has also changed in the last couple of years is the basics of primary target audience categories. He says there has been a shift from the 3Ms – males, millennials and metros – to 3Vs – vernacular, video and v(w)omen.While researching for their latest Affle’s MAAS Gaming report they noticed that while internet penetration in the country grew on the back of the proliferation of smartphones and low data cost, gaming was still limited to a largely young demographic, mostly male residing in bigger cities playing international titles like Subway Surfer, Casino Royale and PubG.Also read: Ad spends on gaming apps grow as brands find more value
But, interestingly, in their findings from the Gaming report, the company found out that during the pandemic, female gamers started emerging as a new user category for casual games like Candy Crush and hyper-casual games in fashion, aesthetics and hairstyle in the middle-age group.“Along with massive adoption of snackable audio/video content on MX Takatak, Josh and Sharechat to mantra for Vocal for Local, gaming content in India started to become more appealing to Indian cultures and context. Thus, leading to a rise in gaming titles such as Ludo, Rummy, Chopad, Carrom etc. This further increased the gamer base to Bharat users with vernacular content,” Kedia says.Lastly with adoption of real money games be it Poker or Fantasy games started driving adoption among the 25+ with an older audience playing these games.According to Kedia, the fintech revolution on the back of UPI that made small ticket payments seamless should also be given due credit for driving the growth for gaming.With increased marketing spends, leading companies in the space went vernacular with bite-sized video content and played a key role in driving greater adoption of gaming across wider demography within the country. “Be it use of vernacular creatives targeting the location of the user to using multiple channels from SMS, OEM recommendations to OTT platforms and programmatic placements have helped drive larger adoption of games. Rise of micro-influencers to success stories of players being used as celebrities to promote these games helped drive higher relatability among potential gamers,” Kedia explains.

A latest BCG report on the mobile gaming market in India says there are six categories of users who have their own spending pattern. There are window shoppers who spend the least, then there are the time- crushers, indulgers, diehard gamers, socializers and prizewinners. Spends range anywhere between Rs80 and Rs900 approximately.Explaining the most common spending patterns, Animesh Agarwal, founder and CEO at esports consulting and talent agency 8Bit Creatives, says, “Players generally invest in pay-to-win games (P2W) in order to level up the character or the avatars of the game, wherein each of them has a competitive advantage over others and can perform better. The second type which is Free to Play (F2P) are those where spends are more cosmetic in nature such as game skins and virtual goods. Having a great avatar or good-looking avatar, a car skin happens to be a serious collectible for most.”Spending on games according to Agarwal is mostly passion led.Also read: India's gaming sector is spawning unicorns. But the future is uncertain

Spending however is not restricted to investing in fantasy bets or making in-app purchases. Gifting is also an area that has seen an increase in spends, says Dipesh Agarwal, co-founder and COO at streaming and esports community platform Rooter."We find gifting to be a key channel through which our users engage with and appreciate their favourite streamers and players. We have been tracking significant growth in sales for our Rooter Diamonds, a currency we’ve dedicated for gifting purposes on the app,” he says.Rooter Diamonds can be redeemed by the platform’s content creators to purchase gaming coupons and merchandise and further invest in improving their gaming expertise. In the last six months, average gifting value on the platform has increased from Rs 5.70 to Rs 9.70, with some of the top esports players and creators even getting gifts worth Rs 17 on average per transaction.Abhishek Aggarwal, co-founder at Trinity Gaming India talks about how users pay the content creators in the forms of tips. “Two to three years ago, users would only spend a maximum amount of Rs 100 but now, the amount spent has been increased to even Rs 1000. Content creators also promote their merchandise to their subscribers and followers for them to buy, adding to the forms of spending on games,” Aggarwal says.

How better tech stack led to more spends on gaming

“People are starting to consider eSports as a viable career and have been earning sufficiently from the segment. As for technology, these platforms are becoming much more secure, seamless, and scalable. The limitations that were holding back gamers from participating on any gaming platform have been eliminated with the help of modern technological tools,” said Bharat Patel, Co-Founder and Director, mobile game and blockchain app development company, Yudiz Solutions.As per Statista reports, revenue in the eSports market is projected to reach US$23.51m in 2022. The revenue is expected to show an annual growth rate (CAGR 2022-2027) of 14.48%, resulting in a projected market volume of US$46.23m by 2027.However, this is just the tip of the iceberg, says Krishnendu Guha, Chief Revenue Officer, Adda52.com. He states, “India is definitely going to be the biggest online gaming destination in the next one year.”
Note to readers: There has never been a better time for gaming and esports in India. While user traffic has skyrocketed in the last two years, 2022 is also a year of firsts for the industry. From winning the first medal at the Commonwealth games to the first televised BGMI series on primetime TV, the year has seen some big developments. With new brands and new players entering the market, esports and gaming have also become a popular marketing tool for marketers across the board. Keep up with the big trends and big players in the space in our In-Focus special series.

Tweets by @forbesindia
Shiv Nadar is India's most generous philanthropist; donated Rs3 crore per day in FY22
How can quantum computing revolutionise the EV industry?