How can quantum computing revolutionise the EV industry? 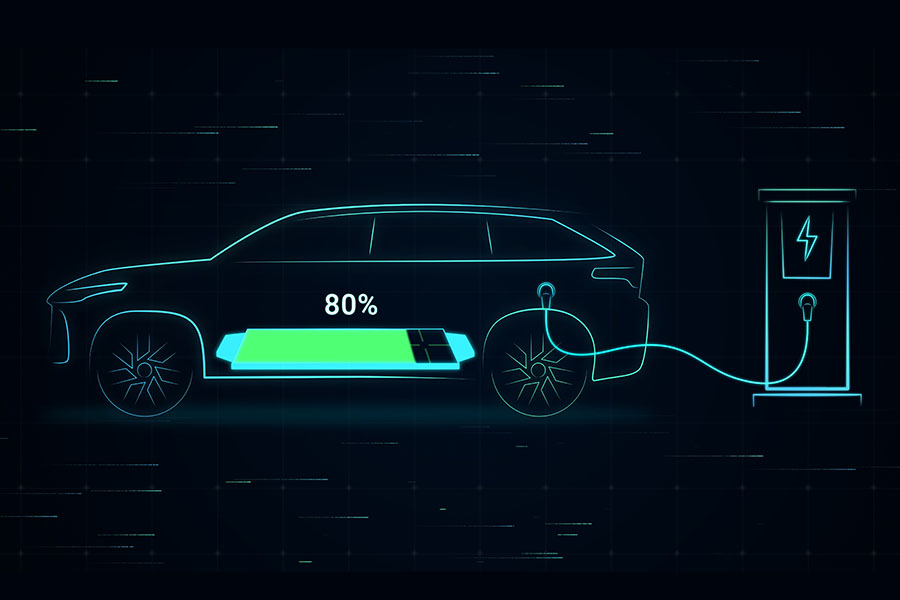 The battery’s thermal runaway difficulties are the primary cause of such problems. This conflict is influenced by several variables, including external battery damage, poor charging, weather, and improper cooling. Image: Shutterstock

This year’s Nobel Prize in Physics has been awarded to Alain Aspect, John Clauser, and Anton Zeilinger for their groundbreaking quantum physics experiments.

Many real-life problems like the modelling of the brain, simulation of propagation of cancer in the human system, drug discovery for combating drug-resistant bacteria, understanding the impact of our decisions on carbon footprint and global warming, forecasting weather and natural calamities, reducing the cycle time of designing complex systems like electric vehicles, aircraft and simulating their performance before physical manufacturing, can be better solved by using quantum-inspired algorithms running on quantum computers. Classical computers (working on bits-zeros and ones) impose massive constraints on complex modelling phenomena, and the run time of accurate algorithms is very long. In this article, we discuss how the quantum-inspired algorithm can solve a complex problem of Battery Thermal Management Systems in electric vehicles, which has caused several accidents in the recent period.

In the current geopolitical climate, it is hard to deny that electric vehicles (EVs) are the trailblazers in the transportation industry’s transition from fossil fuels to renewable energy sources. Countries worldwide have pledged to become carbon neutral—with EVs playing a massive role in the key strategies for reducing greenhouse gas emissions and decreasing the dependency on fossil fuels. The United Nations Framework Convention on Climate Change has laid down the guidelines for the contribution required by each of its member countries to reduce Greenhouse emissions. For India, EVs must gain a 30 percent market share by 2030. The push towards the EV transition is significant as transportation accounts for 10 percent of all emissions. However, the dependability of electric vehicles is subpar, as evidenced by the numerous batteries-related accidents. To overcome this issue, adaptation to cutting-edge computing technologies like quantum computing can guarantee increased reliability and safety while maintaining cost-effectiveness.

The adoption of EVs is integral for India to reduce its carbon footprint and meet its goal of becoming a net-zero nation by 2070. The Indian government is investing Rs 9000 crores ($1 billion) through 2024 as part of the Faster Adoption and Manufacturing of (Hybrid &) Electric Vehicles (FAME) II program to mitigate the consequences of global warming, with the daring goal of creating a net-zero economy. But even with all the prestige and glory EV possess, they still have a fundamental issue. EVs are highly susceptible to catching fire and even occasionally exploding, as demonstrated by incidents across India this summer. These dangerous incidents are not just limited to India, as there is evidence of such cases occurring worldwide. Due to defective battery systems, five major automotive manufacturers have recalled their vehicles supplied with LG batteries. The battery’s thermal runaway difficulties are the primary cause of such problems. This conflict is influenced by several variables, including external battery damage, poor charging, weather, and improper cooling.

Fire incidents in electric vehicles in India occurred due to multiple reasons. If the electric vehicle detects an overheating issue, it should ideally stop powering the batteries. Furthermore, many of these vehicles lacked any venting mechanisms to keep the entire car from engulfing in flames. These issues highlight some of the biggest problems that EVs are now encountering. The main question is, how do we design battery packs properly to stop batteries from overheating and isolate the problem to inflict the least amount of damage?

Also read:  Electric Vehicles: From transition to transformation in 3 steps

In EVs, the Battery Thermal Management System (BTMS) generally regulates the heat generated by batteries. Thermal regulation is important for the optimal and safe operation of EVs since EV batteries have a narrow working temperature range and are hazardous if used above it. A BTMS can contain various cooling methods to keep the batteries within the desired temperature window. These include forced air or liquid cooling using phase change materials, heat pipe-based cooling, or even a combination of these. When designing a BTMS unit, computerised simulations and physical testing of the thermal loads of batteries play a significant role. Additionally, when designing, manufacturers must consider many criteria, such as size, material cost, manufacturability, reliability, and safety. The secret to creating the right design for BTMS is considering these external criteria.

However, the BTMS's behaviour cannot be fully modelled by the current techniques and thus cannot be optimised for these extrinsic factors. The inability to model accurately is due to the heavy computing resources required to perform these calculations. Therefore, exploring more advanced computing techniques to accelerate the computing process and solve these problems in a realistic timeframe is necessary. Some of these methods include Graphene-based transistors, DNA computing, neuromorphic computing, and quantum computing. Quantum computing has the best chance of providing a solution that improves the performances of these EV productions out of all the aforementioned possibilities.

Quantum computing is a novel computing technology that computes using qubits instead of traditional 0 or 1 bits. This revolutionary computing method is a probabilistic computing technique, where a qubit is described as a probability of being 0 or 1. Therefore, when pairing this novel processing system with the principles of quantum mechanics, such as superposition, entanglement, and quantum tunnelling, quantum computing can perform computations exponentially faster than the classical computing system. Though currently, the real advantages of quantum computers are only sought for specialised applications, such as finance or drug discovery. However, there is a breed of quantum algorithms—quantum-inspired (QI) algorithms—which can execute instructions on classical machines while showcasing a boost in performance. In the near term, QI algorithms have outperformed classical routines without relying on quantum machines, which can have complications such as decoherence and other quantum noise.

Consequently, optimising the Battery Thermal Management System with a quantum-inspired approach can modernise its design, ultimately diminishing the number of related incidents.

Many issues in EV space need to be tackled. However, the growth of the EV sector has provided an ample number of novel technologies in battery materials and faster-charging technology. The growth of EVs in India is unprecedented, as highlighted by a forecasting report by NITI Aayog (National Institution for Transforming India)—a government think tank institution focusing on the social, cultural, technological, and economic development of India. In the report, the number of two-wheelers EVs is predicted to increase from 2 million vehicles in 2022 to more than 23 million by 2030, and the overall EV sales by about sixfold in eight years. But this projected growth is only possible if consumers consider EVs as an alternative to gas-powered vehicles. However, the drive for electrification to curb the effects of climate change is lessened by the fatal mishaps of improper thermal management. To fight this matter, pioneering methods of QI algorithms can reduce the problem by providing an edge. QI algorithms can improve the Battery Thermal Management System to create immense value for the global electric mobility movement.

Tweets by @forbesindia
From window shoppers to hardcore gamers, Indian users are ready to spend on gaming
A Twitter user successfully stopped a potential attack on a cross-chain bridge