Bigg Boss celebrities either come out of the house creating a whole new brand for themselves or rejuvenating their brand. But are they just momentary heroes? 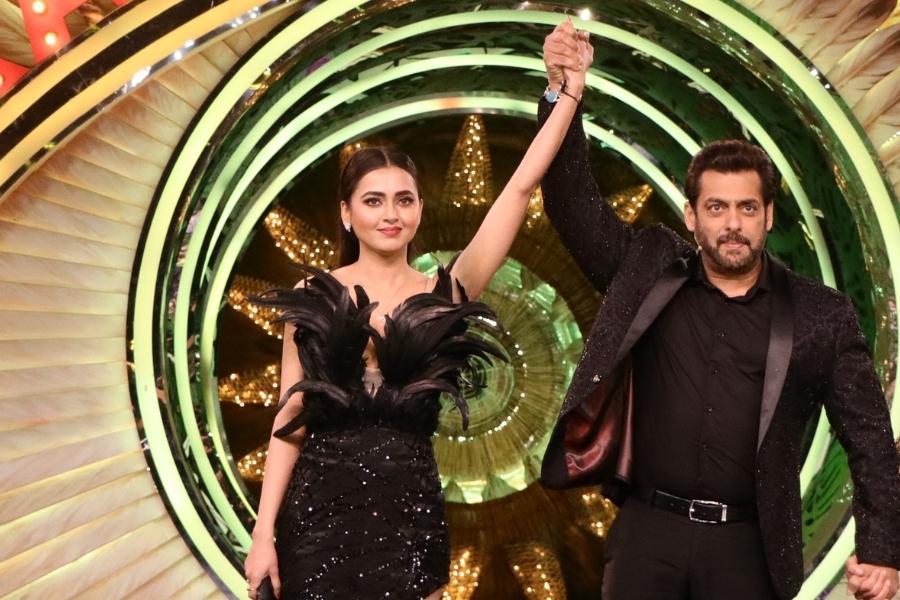 Remember how Shilpa Shetty’s win at Celebrity Big Brother's fifth edition changed her life? From a dwindling box office record to overnight global fame, multiple endorsements offers and book deals—Shetty’s career graph saw a sharp peak after she won the fifth season of the British reality television show in 2007. Closer home in India, Bigg Boss is doing the same for its winners and other prominent contestants.

Bigg Boss season 15 winner Tejasswi Prakash, for instance, now has a whopping 5.1 million followers on Instagram. The number, experts suggest, has seen at least a one million spike since she entered the Bigg Boss house. The 28-year-old television actor is being flooded with offers from multiple brands.

Immediately after her win, Prakash was signed by a beauty brand, an OTT brand and a tech brand for collaborations. One of her promotional videos for beauty and personal care brand Aegte is already doing the rounds on Instagram.

Television bahus, Bollywood B-listers, winners from other reality shows, ex-sports stars and all the others who have tried their luck at the Bigg Boss house have come out of the show noticeably more popular. Everything from their remuneration demands to social media following have more often than not skyrocketed with Bigg Boss’ Midas touch.

“After becoming a part of Bigg Boss, the graph of individual contestants and, of course, the winner’s popularity sees a rapid increase. Their social buzz, followers and name searches go up by at least 2x-3x, if not more,” says Rashmi Sehgal, senior vice president at Zenith.

Ankur Pujari, co-founder and business lead at digital marketing agency Hyper Connect Asia, says the competitive edge and the engrossment rate of these shows have evolved in such a way that is driving the influencer market to an extensive level, creating mass brand endorsements for these reality TV stars.

Pujari mentions Tejaswi Prakash and her partner Karan Kundrra and explains how the duo has emerged as a power couple on multiple social media platforms. “The duo has gotten themselves great traction in terms of followers and engagement rate on their social media handles, both being the principal requirements for a brand ambassador’s approach,” he said.

Speaking of Karan Kundrra, the 37-year-old popular television actor has cashed in on his Bigg Boss fame like no other. Kundrra has gained 1.8 million new followers during his time at the house. His team has drawn up an elaborate plan for him to further boost his visibility and engagement.

To start with, Kundra, who was seen saying ‘butter chicken do’ during his time at the Bigg Boss house, was approached by Licious Foods to create content around it. His paid partnership video for the brand has garnered more than 2.5 million views and has also started a trend called #ButterChickenDo on Instagram Reels.

“With all the new content we are creating with him we want him to be the Punjab Ka Gabru that he is and work with brands that align with his personality,” says Shubham Singhal, co-founder, at digital marketing and influencer marketing agency The Girlfriend Box.

The Girlfriend Box that manages Kundrra’s account was approached by 20 odd brands after Bigg Boss. The actor’s Instagram recently posted another paid partnership with the deodorant brand Wild Stone.

Transcending the metro and non-metro divide

The fact that Bigg Boss stars have immense sway today with urban and non-metro markets helps them in bagging not just endorsement deals but also deals with music video companies, OTT platforms and production houses.

Shehnaz Gill, for instance, who was the third runner up in Bigg Boss 13 was signed up for a host of music videos and commercials. Similarly, season 14 winner, Rubina Dilaik, was also featured in a string of music videos, both for the Hindi and Punjabi market, and also returned to TV with her show Shakti.

“These contestants have been approached by sponsors as well, which adds to their popularity when it comes to endorsing brands. The love they gather when they are a part of the reality show certainly follows them post the show, too,” says Sehgal.

However, for how long do these celebrities enjoy the attention after the show is over is a big question.

The platform is a good springboard, says Sandeep Goyal, managing director of Rediffusion, but doesn’t guarantee anything. “The new winner could be a ‘moment’ hero. Longevity in the limelight will depend on many more factors,” said Goyal.
Keeping up with trends, regular uploads, relevant content creation, participating in Bigg Boss related debates and discussions and being seen at the right place at the right time are some of the ways in which the participants can stay relevant long after their season, experts suggest. Gauhar Khan, Rahul Vaidya, Shamita Shetty, Urvashi Dholakia, Shweta Tiwari are examples of some Bigg Boss contestants and winners who manage to stay relevant on social media. Though the degree of their fame varies and some may not be as big as they were after their return from Bigg Boss’ house.

Tweets by @forbesindia
New ASCI guidelines for crypto, NFTs: What does it mean for investors, advertisers?
India's best employers: Shaping a better future