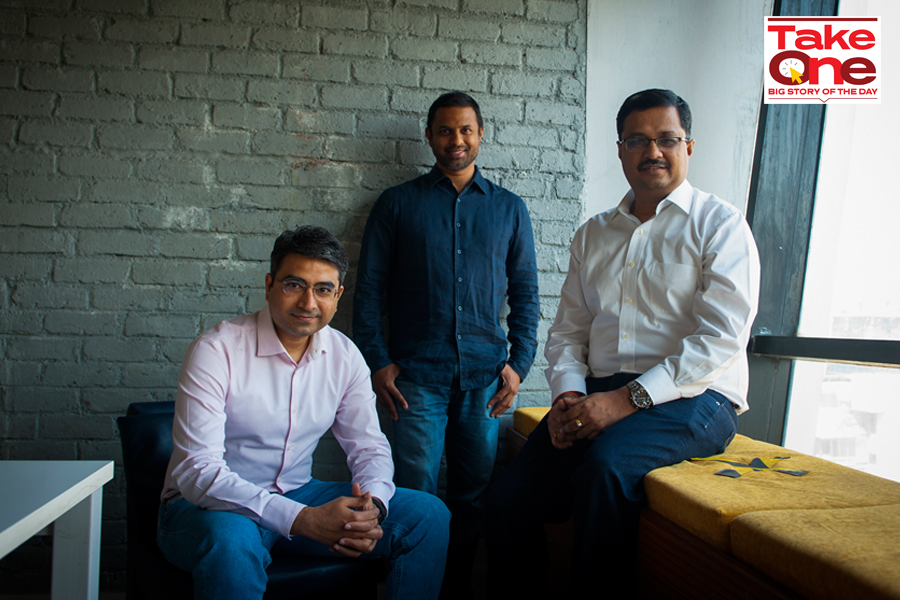 For PayU, it was a tough choice to make in 2016. In fact, it’s never an easy one when it comes to build versus buy. Five years ago, though, South African internet and media conglomerate Naspers was in a slightly better position. Reason: In 2013, the Naspers-backed Ibibo snapped up online bus ticketing startup redBus, which added more heft to the flagship travel ecommerce brand Goibibo. Interestingly, it also widened its reach and play across India, and put it in a better position in its fight against the much-bigger rival MakeMyTrip. The move seemed pragmatic.

Three years later, it was déjà vu for Naspers, which owned PayU. Digital payments gateway brand PayU, which was demerged from Ibibo in 2014, had the option of either continuing to grow by building its own capabilities or accelerate the pace by shelling out shopping dollars. Though the former was an ideal choice, the latter was much more tempting and pragmatic. In September 2016, PayU bought rival Citrus Pay in a $130 million all-cash deal, the largest merger-and-acquisition deal in the fintech space in India. The result was staggering in terms of scale. The buyout vaulted PayU India’s customer base to 30 million, and made it the biggest payments player in the country. “We are excited about the opportunity to build a broader financial services proposition,” Laurent le Moal, global CEO of PayU, remarked.

By the end of 2020, the broader financial play of PayU gathered enough steam. A year after buying Citrus Pay, PayU bought a 20 percent stake in consumer lending startup ZestMoney. The online payments biggie also put money in consumer lending platform PaySense, and eventually acquired the company last year. In 2019, it bought a minority stake in consumer wealth-tech startup Fisdom. A year later, another funding round was led by PayU in Fisdom, which provides a platform for investing in multiple products, including mutual funds, insurance, pension funds and digital gold (see box). 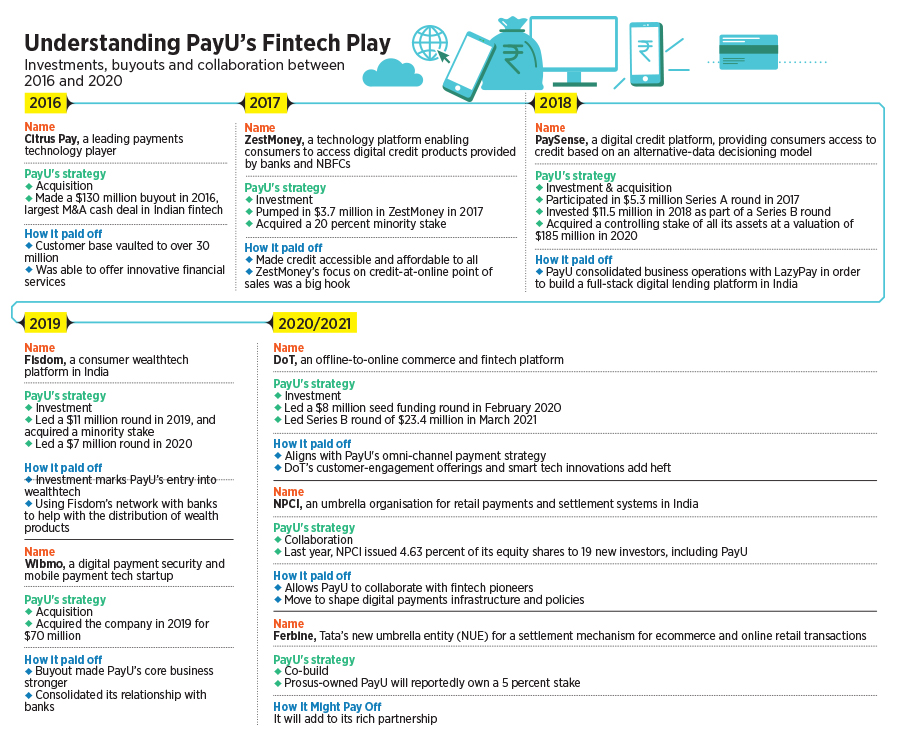 Over the last five years, PayU has undertaken a string of buyouts, made bold investment bets, aggressively ramped up its own capabilities and stitched broad partnerships to build a fintech ecosystem in India. The broader fintech play, interestingly, has a nice pattern to it: Buy, build, repeat. Anirban Mukherjee, chief executive officer of PayU India, explains. PayU, he underlines, is solving the problems and needs of merchants and consumers across payments, credit and broader financial services. “We are not doing this alone,” says Mukherjee, who joined PayU as CEO in 2019. “We don’t want to build everything ourselves. We are also partnering with entrepreneurs.”

PayU’s ‘buy, build, repeat’ playbook, reckon industry experts, has hastened its operations in India. Look at the revenue: From Rs154 crore in FY15 to a staggering Rs1,194 crore in FY20. Even the losses have dipped and stabilised: From a peak of Rs249 crore in FY17 to Rs99.5 crore in FY20. “PayU has done a great job of acquiring strategically important assets and scaling them,” contends Srikrishna Ramamoorthy, partner at venture capital fund Unitus Ventures. Though the playbook is fairly simple in theory, the execution is extremely challenging. “That’s where PayU stands apart from the rest of the crowd,” he says. The approach, venture capitalist underlines, is largely due to the founder’s mindset. Parent company Naspers (now Prosus), Ramamoorthy points out, has a penchant for buying interesting companies around the world and scaling them well.

What also helped PayU in cracking the India market, which happens to be the biggest for the Prosus-owned company across the world, is a realisation that it needs partners. “It smartly resisted the temptation of playing Superman,” says Anil Joshi, founder at Unicorn India Ventures. In India, he explains, it is difficult to build everything by oneself. The biggest problem with Indian companies, Joshi stresses, is that they want to do everything themselves. Building takes time, and to get ahead of the curve in a competitive, and lucrative, market like India, one needs to buy and partner as well. India is poised to realise a fintech sector valuation of $150-160 billion by 2025, according to a BCG-Ficci report released last month. As the fintech landscape evolves, the report titled ‘India fintech: A $100 billion opportunity’ underlines, winning players will need to master the core by stepping up their existing propositions through product innovation, user-experience elation and deep tech capabilities. PayU has mastered the core through its playbook, which has another critical layer: Acquisition, but not to kill competition. “In most cases, companies are bought to kill the competition,” reckons Joshi. PayU, he underlines, acquired for integration with its existing products or built new verticals along with existing products. “On your own, you can cover some distance, but together you can go miles. This is what PayU has done,” he adds. Vijay Agicha, global head of strategy and growth at PayU India, explains how PayU has been rolling out deep fintech in India as well as globally. One of the core engines of its new strategy was to bring about scale without sacrificing profitability. In 2016, he points out, PayU processed $10 billion in payments volume, and was present across 16 markets. Last year, the company processed approximately $100 billion and expanded its reach to over 30 markets. “We were hugely unprofitable when we took over, and now the core payments business is profitable,” claims Agicha. He shares another set of numbers to underline growth: Over a million merchants on its platform; touching over 180 million consumers; Wibmo, which PayU bought in 2019, connects with over 80 banks in the country. “We are looking at the needs of each of our stakeholders and building our business. So that’s the evolution,” he says. 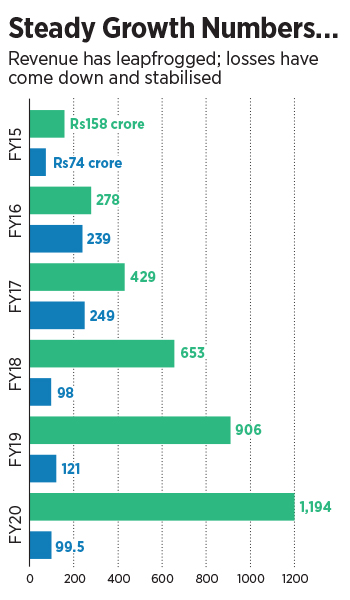 Another evolution is deep collaboration with entrepreneurs, which happens at two levels: Either investment or buyouts. Prashanth Ranganathan, chief executive officer of PayU Finance, explains how this aspect of growth strategy plays out. “PayU loves entrepreneurs,” says the founder of digital credit startup PaySense, which was bought by PayU last January. “That's the beauty of PayU. Not everything needs to be built,” says Ranganathan, who was asked to lead PayU’s credit business after the acquisition. “At times, you can buy, integrate and let entrepreneurs continue to build,” he says. PayU, which first invested in PaySense in 2017, decided to merge its pre-existing credit platform LazyPay with PaySense. Though PayU has managed to get its act right so far, the going might be challenging. Analysts explain why. The credit part of the business is set to face a tough fight. The reasons are not hard to find. The online credit lending market is over-cluttered; the cost of customer acquisition is set to become higher; and the risk of high delinquency is a real flip side. Though India is a credit-hungry country and still quite underserved, the challenges for PayU will be how it underwrites and does collections, says Ramamoorthy of Unitus Ventures. Being a fintech, investing in a collections infrastructure is counter-intuitive, but essential in a country like India where collections set the winners apart. Mukherjee, for his part, is focusing on a different kind of challenge: How to grow on rocket fuel. “I just wish we could go even faster. That’s my main regret,” he signs off as the company gets down to process acquisitions, operations and partnerships at a faster clip.

Tweets by @forbesindia
Cyber security for telehealth services
How teams work: Lessons from the pandemic