Inventories lying idle with manufacturers, shortage of trained staff are some of the reasons for the shortfall, despite the unprecedented surge in ventilators being made in India last year 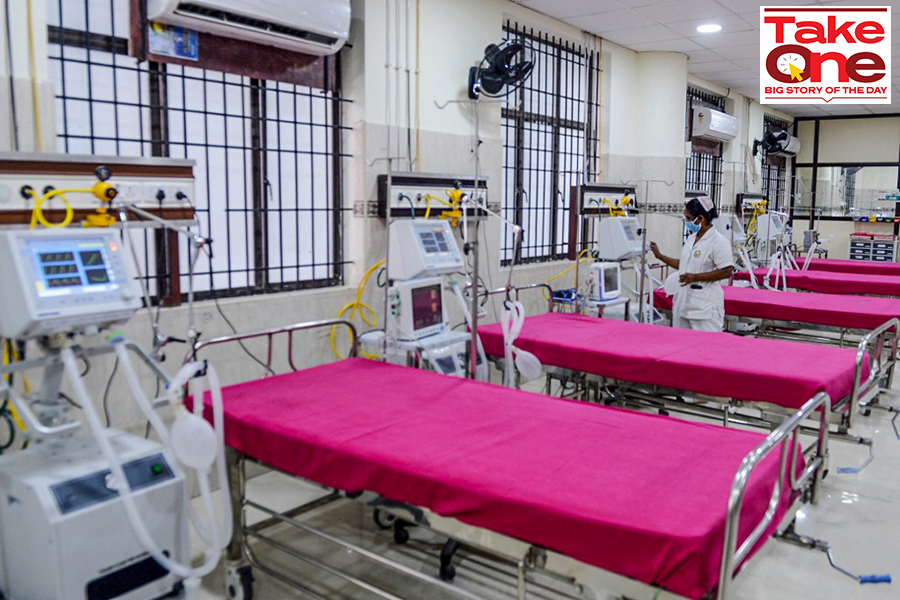 A medical staff checks on a ventilator of an intensive care unit at a newly inaugurated hospital by the Tamil Nadu state to fight against the COVID-19 coronavirus, in Chennai.
Image: Arun SANKAR / AFP

A little more than a year after India went into its first Covid-19 lockdown in March last year, the country is witnessing its second wave of the pandemic, with an increasing number of cities imposing night curfews, and restrictions on business and movement. Maharashtra, the worst affected state in both the pandemic waves, is currently under night curfews, weekend lockdowns, and severe restrictions on business activities. As the surge in cases threatens to overwhelm medical infrastructure—hospital beds are rapidly filling up, and ventilators are already in short supply in multiple Covid-19 hotspots—there is a sense of déjà vu. But, there are questions too. When the number of Covid-19 patients started swelling in March, the government called for Indian companies to step up to the challenge, and manufacture ventilators on a war footing. Picking up the gauntlet was a bunch of established ventilator manufacturers and startups, who rapidly ramped up production capacity, invented entirely new machines, and collaborated with other industry players in unprecedented ways. By end March, the Association of Indian Medical Device Industry (AiMeD) had reached out to seven of its 10 ventilator manufacturing members, who had confirmed that the total production capacity at that time was between 5,500 and 5,750 units per month. Rajiv Nath, forum coordinator, AiMeD, had said in a press note that the aim was to produce 50,000 ventilators per month by May. The central government stepped in to order ventilators in bulk from home-grown manufacturers: By June, Rs 2,000 crore had been allocated for supplying 50,000 ‘Made in India’ ventilators to government-run Covid-19 hospitals across the country through the PM Cares Fund. While 30,000 ventilators were being manufactured by Bharat Electronics Limited (BEL), the remaining 20,000 ventilators were being made by AgVa Healthcare (10,000), AMTZ Basic (5,650), AMTZ High End (4,000) and Allied Medical (350), respectively. There seemed to be a plan of action that was being implemented. However, a year later, the scramble for ventilators has started all over again. The Second Wave As of April 8 morning, India witnessed a record single-day increase of 126,789 cases, with 10 states accounting for 84.21 percent of the tally, according to the Ministry of Health and Family Welfare. Maharashtra reported the highest number of daily new cases, with 59,907 cases, followed by Chhattisgarh (10,310 cases) and Karnataka (6,976 cases).  On April 7, Murlidhar Mohol, the mayor of Pune, one of the worst-hit cities in Maharashtra, told news agency ANI, “If the surge in new cases continues, we could have a dearth of ventilator beds. I have written to Maharashtra Health Minister Rajesh Tope and Union Minister Prakash Javadekar, requesting the transfer of ventilator beds from the states where Covid-19 is under control… The number of beds is sufficient in the current situation, but if it goes on like this, then there will be a shortage.” On April 8, the city reported 11,000 fresh Covid-19 infections.

Tweets by @forbesindia
Is this the future of face masks?
Ten interesting things we read this week