From drones to cold storage, the CEO of SpiceHealth has laid out some elaborate plans, apart from making testing cheaper 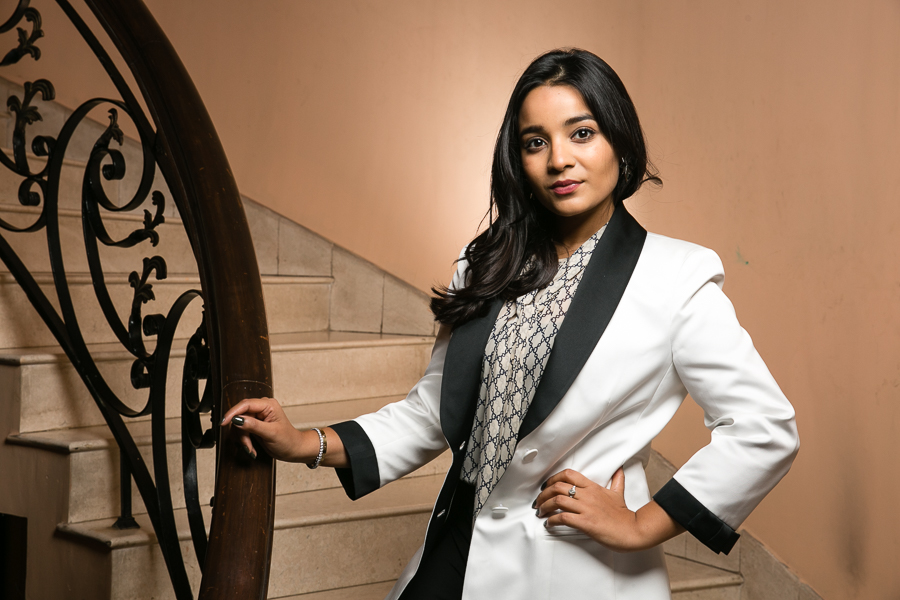 In October this year, eight months into her job as an analyst with consultancy firm McKinsey in New Delhi, Avani Singh decided to call it quits. 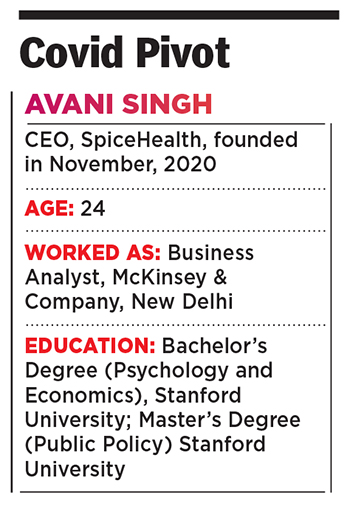 The 24-year-old daughter of Ajay Singh, the chairman of India’s second-largest airline, SpiceJet, had begun working there shortly before Narendra Modi announced a nationwide lockdown in March. Of course, the lockdown hurt her family business, perhaps more severely than many others. As airline movement came to a standstill, Ajay Singh had to quickly pivot his business to undertake more cargo operations in an attempt to keep the airline afloat. Since then, SpiceJet has begun to return to normalcy, with air travel seeing some recovery in the past few months and the Gurugram-headquartered company strengthening its position as one of India’s largest cargo operators. “While I was working from home, it became jarringly obvious that the pandemic wasn't going anywhere, anytime soon,” Avani told Forbes India. “Cases were rising, and I had the opportunity to meet a lot of government officials including the health minister of Delhi. Many of them had voiced their thoughts on how testing had reached a saturation point, and there just weren’t enough RTPCR tests to go around.” Real-Time Polymerase Chain Reaction (RT-PCR) tests are considered the most effective in detecting the coronavirus in human cells. Delhi, meanwhile, is India’s sixth-worst city in terms of Covid-19 cases and has so far recorded over 600,000 cases, with over 10,000 people losing their lives. The national capital has seen sporadic spurts in cases since the outbreak began, with daily cases peaking at nearly 10,000 a day in November. Across India, Covid-19 cases are inching close to 10 million cases, with nearly 1.4 lakh deaths. With testing becoming a constraint, Avani, a public policy graduate from Stanford University, decided to turn her attention to Covid-19 testing. She quit her job and in November, along with her father, set up SpiceHealth, an independent company, to make testing more accessible and affordable. Before that, SpiceJet had begun to facilitate testing through a partnership with visa service company VFS Global where passengers could submit their samples at a location of their choice, including at home, after which the airline would help facilitate the testing. SpiceHealth can undertake RTPCR tests at Rs 499, a fraction of the Rs 4,500 that labs across the country were charging in the early days of the pandemic. The venture was inaugurated by the home minister, Amit Shah. The company has also tied up France-headquartered GeneStore, a diagnostics company, to set up portable testing facilities across the country. “People in India should be able to afford the tests,” says Avani who set up mobile testing laboratories that have been deployed across some highly populated areas in Delhi including in Azadpur Mandi, one of the largest vegetable and fruit markets in Asia. The mobile laboratories are currently placed in a 40-foot container that can be towed on wheels, and the labs can return a test within six hours. “There just wasn't any justification to the high costs,” Avani, who is the chief executive of SpiceHealth, says. "In Delhi the price for the test was around Rs 2,400 when we started. Now state governments have begun to bring it down." The company is currently conducting tests in Delhi, in partnership with the Delhi government.  “We have five labs right now. Each lab can process between 2,000 tests and 3,000 tests a day. Another five are being prepared. So, the focus is on scaling up.” The company has also received approvals to conduct some 20,000 tests out of 50,000 daily tests in Delhi and is now firming up plans to set up facilities in Uttar Pradesh and Haryana. “Right now, the need of the hour is RT-PCR tests,” Avani says. “As we scale up, we're hoping to optimise the container size to bring it down to 20 feet and then further down.” Containers to vaccine delivery The focus on RT-PCR tests and diagnostics, which Avani reckons has a significant role in the future, meanwhile is only the tip of the iceberg when it comes to SpiceHealth’s ambitions. Over the next few months, Avani and her team have laid out some elaborate plans to help the Narendra Modi government in its quest to bring some reprieve from the pandemic. 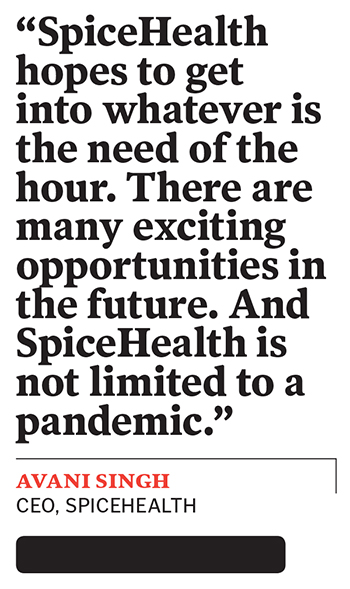 Tweets by @forbes_india
Film Cameras: A brief history, and stellar images created with it
Ten interesting things we read this week