Silver Bullet: How Samsung has risen like a phoenix in India—again and again

India has emerged as the biggest smartphone market for Samsung, 25 years after it entered the country. It now needs to keep the Chinese rivals at bay 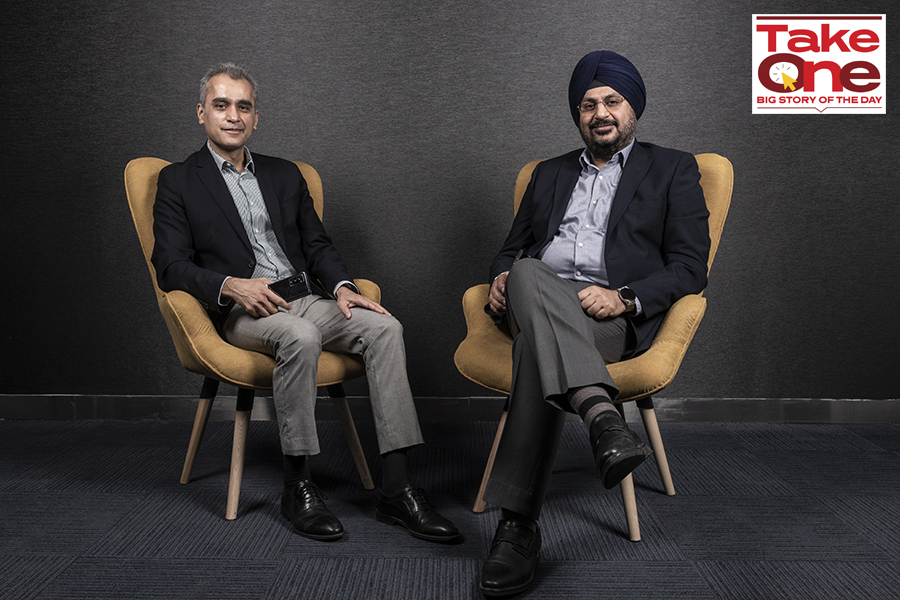 In three years, ecstasy turned into despair for Asim Warsi. In 2005, when he quit Nokia to join Samsung as marketing head, the South Korean conglomerate was hot on the heels of the Finnish handset major. Within 10 years of starting operations in India, the consumer electronics major had garnered a 17 percent share of the handset market, and was the second biggest after Nokia. “It was a hungry challenger,” recalls Warsi, who was then 32 and confident of propelling the brand to pole position. Three years later, Samsung had slipped to a distant fourth in the pecking order. “At 2.7 percent market share, you are actually a no-brand,” he says. Warsi, who had his first tryst with a rock-bottom moment in his career, realised that something drastic had to be done. “We needed to systematically and structurally change everything.” Inspiration came from Samsung Chairman Lee Kun Hee, who had given a clarion call in 1993 to reboot. Fed up by the abysmal quality of products, he had called for a sweeping change in the way the company worked. “Change everything but your wife and children,” he had said. Two years later, Lee exhibited his intolerance for poor quality, when he reportedly ordered 150,000 phones, fax machines and other devices to be burned in front of employees at a factory in Gumi, South Korea.

In 2008, Warsi and his team put into practice what the global boss had preached. No, they didn’t burn mobile phones, but rebooted the company. The gambit worked, but only for a while. In 2012, Samsung toppled Nokia to become the biggest in India, but after two years came another shock. Indian handset maker Micromax pipped Samsung in the second quarter of 2014; it posted a 16.6 percent handset market share, while Samsung had 14.4 percent. Although Samsung has a lead in smartphones—25.2 percent—Micromax was fast catching up, with 19.1 percent. It was déjà vu for Warsi, and little did he know that he would face more such moments over the next few years. In 2018, Samsung’s six-year reign at the top was ended by Chinese rival Xiaomi, which disrupted its offline approach by rolling out an aggressive online play. Two years later, another Chinese brand—Vivo—added to the challenge. In the last quarter of 2019, it pipped Samsung to become second-biggest in smartphone rankings. By now Warsi, who was tasked to grow the online business in 2018, had seen enough peaks and troughs to know it was a matter of time before the brand rose again, like a Phoenix.

In 2020, in the global smartphone market, Samsung reclaimed its top position by overtaking Huawei in the September-ended quarter. In India, it beat Xiaomi and reclaimed top position after two years, according to market research firms Counterpoint Research and CMR (see box). IDC, however, shows Xiaomi as market leader, followed by Samsung and Vivo. However, year-on-year growth for Xiaomi is 7.10 percent, while for Samsung it’s 38.10 percent. What made the third quarter special for Samsung is that India overtook the US to become the biggest smartphone market for the company. And not only had it reclaimed the top position, 25 years after entering the Indian market, from Xiamo, its online channels now accounted for 43 percent of shipments. For Warsi, it was all about the intrinsic resilience of the brand. “Samsung is like a Phoenix. It keeps rising again and again,” he says; whenever the brand faced a crisis, the only thing that came to its rescue was reliving the Phoenix ideology. “We have always been reborn, questioned our basics, reset our fundamentals and come out stronger.” Samsung’s resilience, say industry analysts, stems not only from its DNA, but also from the way it has been positioned in India—as a lifestyle brand. “It is much bigger than just a mobile phone brand,” says Navkendar Singh, research director at IDC. It has its presence and success across several categories such as mobile phones, TVs, and white goods. This makes the brand much more resilient to the transient downturns compared with other brands, he says. What has also worked for the brand is the credibility it has built over the last 25 years. Given the heterogeneity of Indian consumers and appeal, and the legacy of offline channels, Samsung is perceived as a strong brand and business partner for lakhs of retailers. “This makes it resilient to the seasonal growth of the online channel,” says Singh. Marketing experts point to another trait of the brand that has helped it survive: Disrupting itself. At times, the crisis is self-made. Take, for instance, what Lee reportedly said in 1997, giving a glimpse into the company’s culture. “There was no sense of anxiety within the organisation, and everyone appeared to be eaten up with self-conceit,” he said, alluding to the pace of global growth. “I needed to tighten them up a bit and repeatedly reminded managers of the need to have the sense of crisis.”

Mohandeep Singh reveals how the company perpetuates a sense of crisis even during normal times. During times of dominance in volume and value market share—a good six years running till 2018—Singh disrupted the way the sales team worked. The original strategy, followed by all handset players, was to focus on ‘sell-in’—selling products to distributors, who in turn would sell to retailers. “We just used to sell and forget,” says Singh, who joined Samsung in January 2010 as general manager (sales). He triggered a crisis by questioning this strategy. “Sell-in was out. Sell-out was in,” says Singh, alluding to the sales data of handsets sold to consumers. Shipments tracked by analysts and companies only kept a record of handsets sold by companies to distributors. Singh, now senior vice president and head of sales (mobile business) Samsung India, re-engineered the entire sales structure, which helped in two ways. First, it created a viable business model. By tracking sell-out, Samsung was keeping a close eye on the inventory of its distributors. Secondly, it kept the sales team on its toes on a daily basis. “It also made us a sustainable brand,” he says. A lot of brands, he adds, came on the stage, started with a bang and then disappeared. “We remained steady for the last 25 years.” Having a long-term view about the business, operations and manufacturing in India also helped. In marketing, two metrics depict the health of a brand: Longevity and potency. “Samsung has surprisingly maintained both,” says Ashita Aggarwal, marketing professor at SP Jain Institute of Management and Research. Speed of growth, she says, is not the most challenging or exciting part. “What matters most is maintaining the momentum.”

At times, the thrust comes from the outside. Samsung was pushed to reinventing its online game by Xiaomi. The trick also is to realise mistakes and mend them. For instance, in 2016, Samsung faced rising incidents of Galaxy Note 7 handsets catching fire due to a flaw in the battery. It reportedly decided to recall 2.5 million phones in September, and reportedly lost $26 billion in value in the stock market. “How many brands would have overcome that to top the charts again?” she asks. In 2018, Warsi was gripped with another burning question, after Xiaomi toppled Samsung, largely on the back of its incredible online play: How to crack the online puzzle. Analysts and critics had come down hard on Samsung for not being nimble in changing its offline game, and adding online firepower. Samsung, they said, was losing out on millennial connect. The task, Warsi knew, was not easy. After months of deep-dive with stakeholders, he rolled out the Galaxy M series in February 2019. It was an online-only brand to begin with, was designed for millennials, and loaded with first-time features for a handset under Rs 10,000. For instance, it had a battery that could easily last a day on a single charge; a better display and powerful camera. The result has been amazing: Samsung is likely to end 2020 by selling 15 million units of the phone in 2020, worth $3.5 billion. What, though, remains to be tackled are the Chinese rivals. “The fight now is not singular,” says Singh of IDC. “It’s plural,” he adds, alluding to a battery of Chinese players like Xiaomi, Vivo and Oppo. The dynamics and the rules of the fight too have changed. These rivals are nibbling at Samsung’s dominance in other segments such as TVs and smart devices. Also in the fray are Indian challengers such as Voltas and Havells, in the consumer durable segment, and renewed aggression from Apple in the super-premium smartphone segment. For a brand that straddles so many verticals and price points, the going won't be easy. The biggest challenge for Samsung, though, would be maintaining its fire power, aggression and focus in all the segments. What this means is that over the next few quarters, the battle for supremacy might turn into a see-saw game. “At times Samsung might slip, and at times the Chinese and Indian rivals might,” says Aggarwal. Warsi knows the potential challenges, and is aware that Samsung will keep encountering its ‘Phoenix moments’. “There will be more challenges,” he says. “What matters most is keeping ourselves sharp, and keep coming back again and again.” Infographics by Sameer Pawar