A Gandhi, A Gypsy And A Rushdie: García Márquez's India Connect 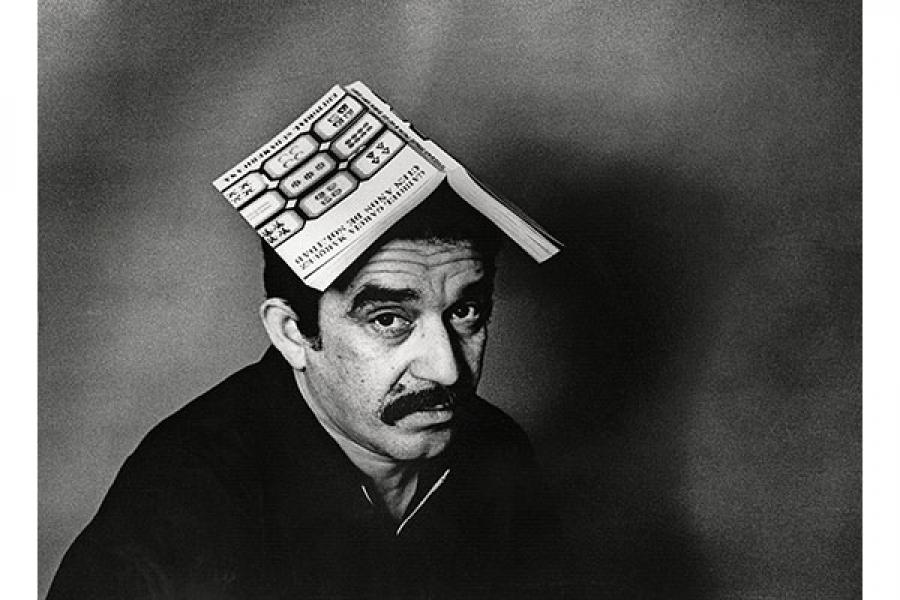 Gabriel García Márquez, the genius of the imagination who died in April 2014 at the age of 87, may not have written on India, but he had a multifaceted connection with the country that can be boiled down to three people: A Gandhi, a gypsy, and a Rushdie. Gandhi first, and for that we must wind back to a magical morning in October, 1982, when the news broke that the Latin American writer who had enchanted the world with One Hundred Years of Solitude had been awarded the Nobel Prize for literature.

In that joyous moment, Gabo became to Colombia what Pele is to Brazil. For this beautiful Caribbean country battered by poverty, drug violence and civil war, the fact that one of its countrymen had won the Nobel was akin to it winning the World Cup. And because Gabo had grown up dirt poor and could be as coarse as a sailor and as chivalrous as Don Quixote, celebrations erupted not just in Bogota’s linen-clad salons but in the country’s barrios and villages as well. Taxi drivers in Barranquilla, where Gabo had spent his early years as a journalist, heard the news on their radios and began to toot their horns in unison. One excited reporter asked a prostitute if she had heard, and she replied, yes, a client had told her in bed. This nugget would have delighted the new laureate, for not only are prostitutes—especially the trembling child prostitute—portrayed with extraordinary sympathy in his stories (his depiction reminds one of Manto’s Bombay prostitutes), he himself had lived above a brothel in his youth when he was unable to afford more respectable quarters. Publicly Gabo maintained that winning the Nobel would be “an absolute catastrophe”, but secretly he longed for it. And so, when the Swedish minister called his home in Mexico City with the news, he put down the phone, turned to his beloved wife Mercedes, and said: “I’m f@#$&”.

That day, his telephone was so jammed with calls that his old friend Fidel Castro was forced to send a telegram: “Justice has been done at last… Impossible to get through by phone.” Far away in New Delhi, Prime Minister Indira Gandhi thrilled to the news, not least because she happened to be in the middle of One Hundred Years of Solitude.  In a lucky turn of events, Gandhi got a chance to meet Castro the very next month in Moscow, where they’d both gone to attend Soviet Premier Leonid Brezhnev’s funeral. Why don’t you bring your friend to India for the Non Aligned Movement summit next year, she suggested. Why not, said Castro. 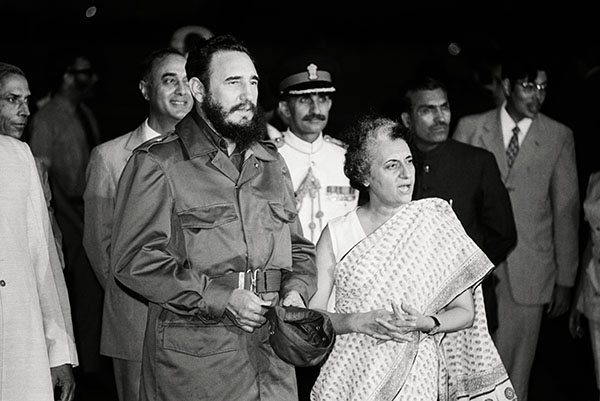 Image: Bettmann / Corbis
Cuban President Fidel Castro is met by Indira Gandhi on his arrival in India for the Non Aligned Movement summit

And that is how García Márquez accompanied Castro to India in 1983. When their plane landed at Palam airport, he remained seated, unwilling to disturb the protocol until Castro had disembarked and been welcomed. But Gandhi came marching up the aircraft steps demanding, “Where is García Márquez?” “From that time on, we were inseparable,” he told a Colombian diplomat. “She spoke French, and by the third day I felt as if Indira had been born in Aracataca.”

On that trip, Gabo spent an afternoon browsing at the late KD Singh’s The Book Shop in Khan Market. Although he and his family had been to India in 1979, this visit was a historic one, associated as it was with the seventh NAM summit, whose defining image, as many readers will fondly remember, is of the giant Castro engulfing a blushing Gandhi in a bear hug—she barely came up to his beard.

“Madam Gandhi—what a combination of delicate femininity and sheer power,” is what García Márquez, who had a weakness for powerful people, is supposed to have said, according to veteran Congressman Natwar Singh, who was present and had read Solitude after Sonia Gandhi recommended it to him. Indira Gandhi told her new friend that he must come back. “She invited me to go on a tour of India, organised by her, and I accepted. She said she would be in touch,” García Márquez said, his face clouding over. “Then I heard that she had been assassinated, and that was why I promised I’d never go to India again.” 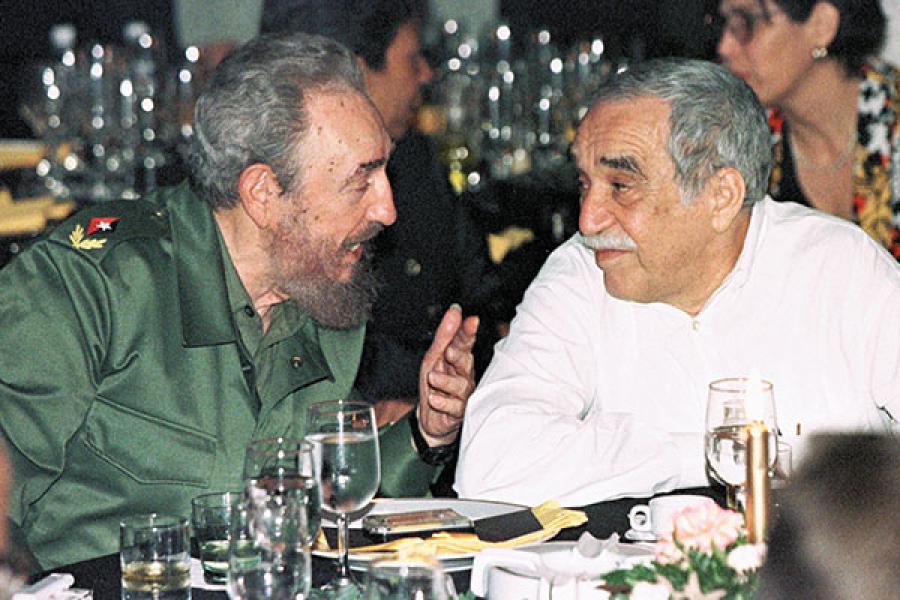