Over the past few years, old age has snatched a generation of iconic singers 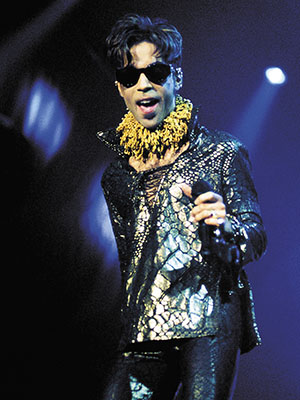 Rock is dead, they say/Long live rock!” Those words, from the song ‘Long Live Rock’, written by The Who’s guitar player and songwriter Pete Townshend, and intoned beseechingly by their singer Roger Daltrey have had repeated relevance over the years—but none more so than now. In just the past few years, the world has been watching with great alarm as an entire generation of rock and pop legends have been dying in quick succession, dropping like dominos, as if someone suddenly called out their expiry date.

We’ve all been used to rockers dying. But we’re only used to them going young, burning out prematurely, their final flicker causing temporary despair to their fans and permanency to their own names. Jimi Hendrix, Jim Morrison and Janis Joplin remain at the top of the list of ‘young ones gone too soon’, dying within a year of each other, all at the age of 27. But they went the way we expected them to: Of excess, recklessness and self-abuse. That’s what rockers do. They’re young, free, irresponsible and self-destructive. They live life on the edge and occasionally fall off it. They do the things regular people want to do but are too afraid to. They represent the innocence we long for, the abandon we crave and the lack of responsibility we wax nostalgic about. When they die, we lament our own lost innocence and squandered opportunities. When Kurt Cobain shot himself, the world cried. Amy Winehouse killed herself, slowly, painfully and publicly. The world gawked and revelled and cried again. Each firefly that burns out represents another day that we could have done something wild and fun. 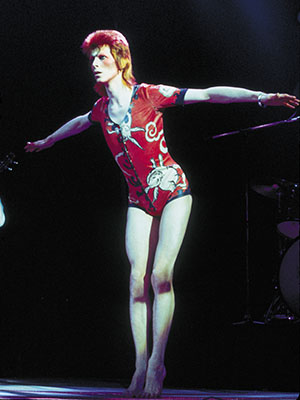 But the last few years have seen a slew of icons going for a reason we are wholly unprepared for: Old age. What makes it all the more disquieting is the fact that we are about to witness the end of a supposedly blessed generation of musicians who wrote the book on the most prized era of rock ‘n’ roll—the 1960s and ’70s. Just the past three years have seen a virtual gallery of greats head for their heavenly abodes: 2014 saw the departure of seminal blues-rock trio Cream’s Jack Bruce, bluesman Johnny Winter and folk immortal Pete Seeger, who Bruce Springsteen paid homage to in We Shall Overcome: The Seeger Sessions, the only album ever recorded by the New Jersey rocker featuring material not written by him.

Last year, the blood ran faster. It began when Mike Porcaro, longtime bass guitarist of the mega-pop group Toto, died in March at the age of 60 of ALS. May saw the departure of blues legend BB King, who died of heart failure at 89. Progressive rock lost a supernova in June when Yes bass guitarist Chris Squire was gone at 67 due to acute erythroid leukemia. In September, Gary Richrath, guitarist and songwriter for the ’80s stadium-filling pop-rock band REO Speedwagon (remember ‘Take it on the Run’?) died at 65 of undisclosed causes. Heavy metal co-inventors Motörhead lost their frontman and bad boy (even by bad boy standards) Lemmy Kilmister at age 70 when he succumbed at the close of the year to cancer—ironically surviving his extreme lifestyle, which consisted of an immoderate consumption of alcohol and amphetamines. 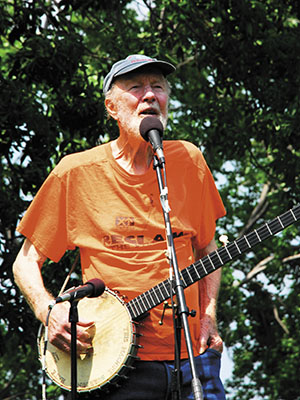 This year began with a jolt to the music industry when its beloved art-pop paragon David Bowie was announced dead on January 10 at the age of 69 to the liver cancer he’d hidden from the world. The lamentations had barely begun to settle when Glenn Frey, founder and singer of The Eagles, and writer of a staggering number of their hits, died just over a week later at 67 due to rheumatoid arthritis, acute ulcerative colitis and pneumonia. Ten days later, Paul Kantner—singer, guitar player and songwriter of the Woodstock festival sensation Jefferson Airplane—had a fatal heart attack; he was 74. In less than a week, social media was abuzz with the passing of Maurice White, the singer, songwriter, producer and bandleader of the soul, funk and R&B supergroup Earth Wind & Fire. Country music stalwart Merle Haggard followed him three months later, going at 79—cause, pneumonia. 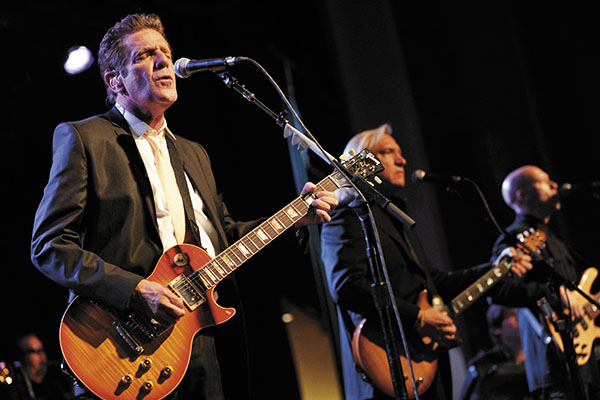 Apart from Prince’s shocking death just a couple of weeks later and Stone Temple Pilot frontman Scott Weiland’s death in December, both of suspected drug overdoses (prescription painkillers have become nearly as fatal as illicit drugs), all the aforementioned musicians kicked the bucket from diseases most likely brought on by old age. Tactless as it may sound, that’s so un-rock ‘n’ roll. Our heroes are dying of natural causes and we’re not used to it. 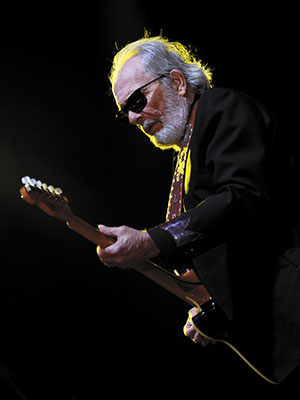 But the really disturbing layer to all of this is that it signals the imminent end to not just an era but of the last remaining threads of a beautifully woven, highly comfortable old quilt that stood for artistry and technique and soul and a tradition of human values.

But it’s not just loss by death; more and more are bowing out due to age-related infirmities. Two members of the Aussie heavy rock outfit AC/DC retired recently: Their rhythm guitar player Malcolm Young was diagnosed with dementia in 2014, and their singer Brian Johnson bowed out this year thanks to hearing loss.

Eric Clapton has spoken of giving up the road because of crippling nerve pain in his hands. Canadian prog-rock stalwarts announced in December they were stopping touring due to their drummer Neil Peart’s chronic tendinitis and shoulder issues. 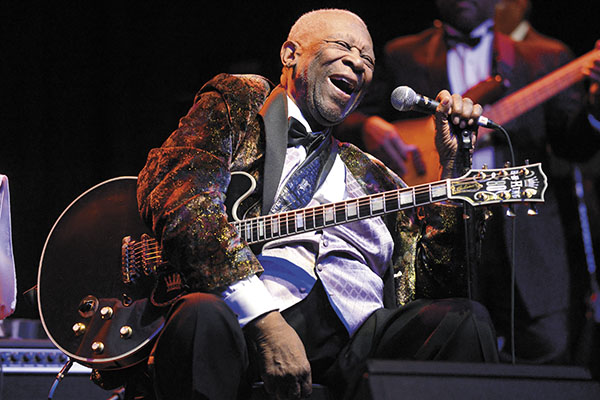 The last gasps of survival are evident in Axl Rose stepping in for Brian Johnson to complete AC/DC’s tour; John Mayer joined the Grateful Dead this year to do a series of concerts. There’s just a handful of new generation supergroups left. Guns N’ Roses are back, but for how long? Who will fly the art-rock flag when Radiohead is gone? Coldplay’s hints at retirement could come to fruition any day now. 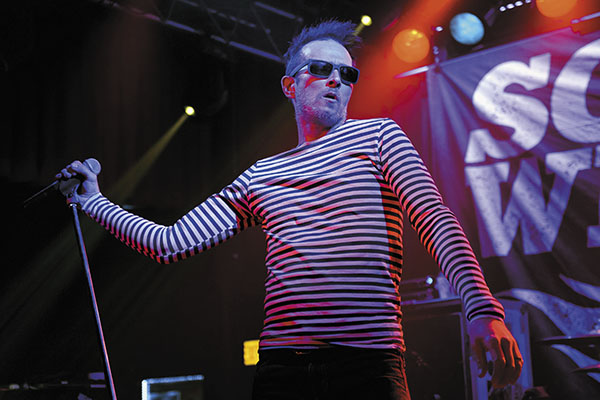 Image: Getty Images
Among all those who lived to reach old age, Weiland seems to have died the old-fashioned way—from an overdose of prescription drugs

In 1965, Roger Daltrey wished aloud on ‘My Generation’, another Pete Townshend-penned anthem, ‘I hope I die before I get old’. They are both alive, and so is, miraculously, Keith Richards. But they’ll be gone soon too. Long live rock?