Sairat effect: Looks like the underdog will have his day 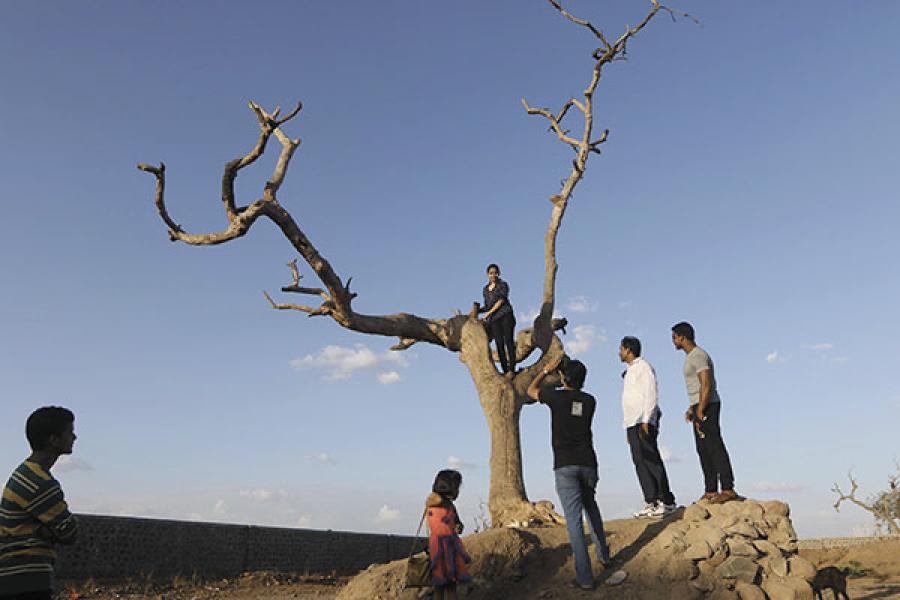 Image: Ganesh Shirsekar / Indian Express
The two-pronged tree, which features prominently in Sairat, has become a ‘selfie point’ after the film’s success

Every serious Bollywood fan must do the ‘pilgrimage’ at least once. Till now, this was usually reserved for the affluent, who went to Switzerland, danced the steps in the same locations as Shah Rukh Khan and Kajol in Dilwale Dulhania Le Jayenge, and other stars did in countless movies in Hindi and other Indian languages. No wonder, Jungfraujoch in the Swiss Alps not only has a Restaurant Bollywood with Punjabi dishes and Hindi-speaking wait staff, it also offers a ‘Yash Chopra Train’ and a hotel with a ‘Yash Chopra Suite’ with silk cushions, Veer-Zaara posters, and a stunning view of the snowline.

Before Switzerland, though, there were modest trips to Ooty or Kashmir, two popular film locations. But as the Indian economy muscled up, and foreign film commissions and tourism departments combined to attract Bollywood song shoots, fan pilgrimages have trailed locations in Scotland, Spain, Australia and New Zealand, overseeing a rise in tourist traffic. Funny, that in the midst of all this, small-town, non-U, Karmala taluka in Solapur district, Maharashtra, should suddenly become the new hotspot for film fans, who flock there after watching Nagraj Manjule’s Sairat, as that was where the film was shot.

There have been many superb, recent films by young directors tackling caste issues, including Neeraj Ghaywan’s Masaan, Chaitanya Tamhane’s Court, Bikas Mishra’s Chauranga and Manjule’s debut feature Fandry, their sympathies unequivocally with the lower castes. Yet, none of them has triggered fan mania as Sairat has. An inter-caste love story, Sairat is among the biggest hits of Marathi cinema, reportedly earning Rs 80 crore in 35 days and counting, according to bollywoodhungama.com. Remarkably for a Marathi film, it was released on 650 screens all over India, apart from the US and the Middle East. Clearly, such a fan following has crossed the caste divide to span a wider audience base that appreciates good cinema and empathises with the caste issues discussed. 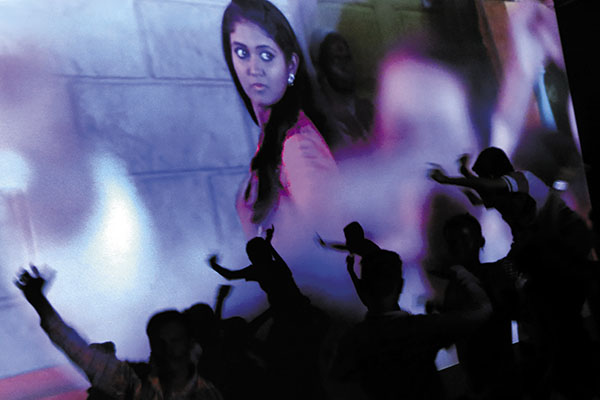 Image: Ganesh Shirsekar / Indian Express
The song ‘Zingat’ has become such a rage that it has inspired several mashups

As a result, Karmala has seen over 20,000 tourists within three weeks of Sairat’s release. The fans’ pilgrimage of ‘selfie points’ in Karmala includes lead character Archie’s bungalow, the two-pronged tree, the ‘Yad lagla’ well and the Kamala Bhavani temple. For some, these pit stops are a celebration of inter-caste love in the face of all tragedies; for others, a bitter-sweet Stations of the Cross, as it were, markers in the catalogue of suffering of those who bear the cross of caste in this country. 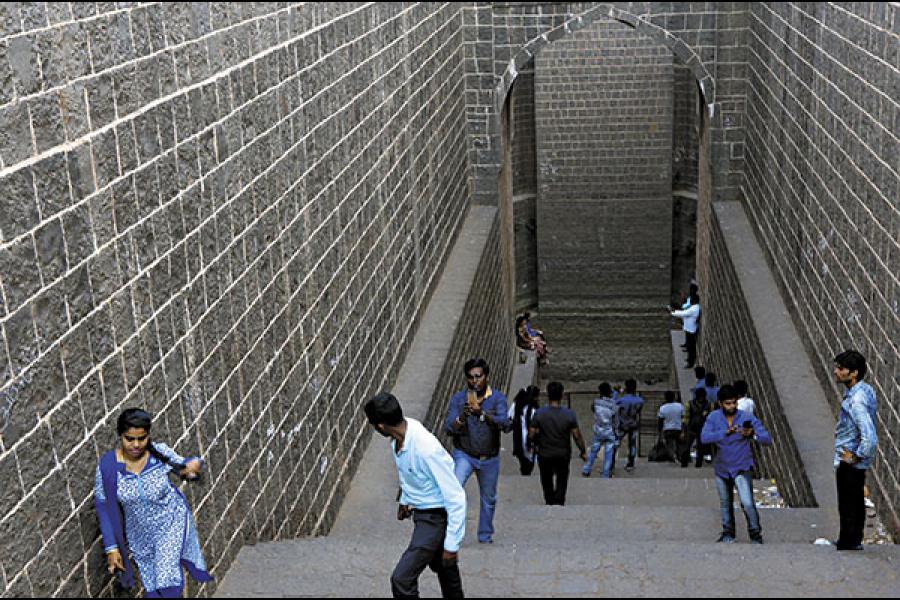 Image: Ganesh Shirsekar / Indian Express
The well where the ‘Yad lagla’ song was picturised and other locations where the movie was shot in Karmala, Solapur are now pilgrimage points for fans

Doubtless, Sairat, co-produced by Zee Studios and Aatpat Productions, has benefited from their marketing savvy. Still, when did you ever see a hip ‘Marathi karaoke’ promo like ‘Zingat’? And YouTube is full of ‘Zingat’ dance mashups, including a very cool US President Barack Obama dancing to it, women in saris leaping to its infectious beat, and an urchin dancing on the back of an apparently unconcerned buffalo. One mashup, uploaded by the ‘Maratha Worriors (sic) Pratisthan, Mankhurd’, a downbeat Mumbai suburb, is preceded by the frank admission “Me Dhanager” (Dhangar is a classified nomadic tribe), which suggests that subaltern people   are increasingly accessing technology to fully belong to the online fandom phenomenon. The film has coolly conquered the rural-urban, class and caste divide. It touches a chord because it is not just a fantasy about a low-caste boy marrying an upper-caste girl, but also thrives on lived experience: The Patils own the village well, and can order anyone out at will; the low-caste teacher, slapped by his upper-caste student, can do nothing about it; when the protagonists’ romance is discovered, Dalit huts are torched.

However, the social impact of the film has been much more significant. As Jyoti Punwani wrote on rediff.com, at least three instances of family reconciliations after watching Sairat were recently reported and discussed in Ramabai Nagar, a Dalit colony in Mumbai. Sachin Lokhande, 35, a Buddhist, finally married his Muslim girlfriend. Although he had a job, he waited for 12 years for both families to agree; Lokhande’s parents were convinced only after seeing Sairat, they said. An auto driver had been hunting for his sister in order to kill her for marrying out of caste, but after the movie, he wanted to check on her to see if she needed anything; and the Maratha parents who wanted to bring home their estranged daughter, who had eloped with her Matang boyfriend. 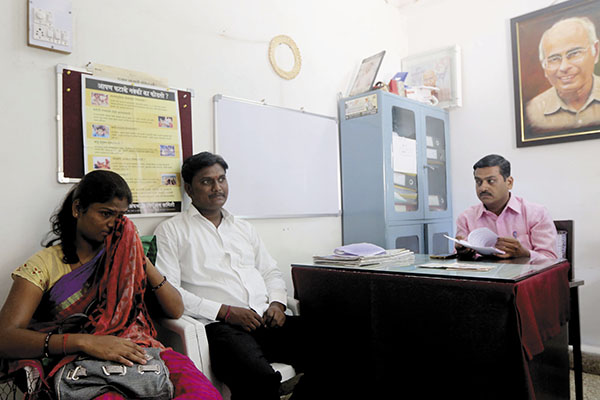 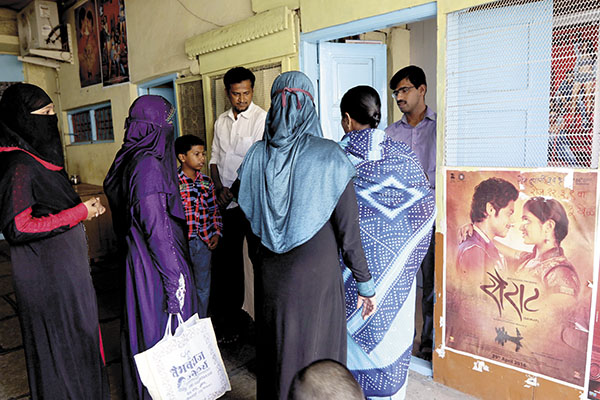 Sairat fans also formed the Sairat Marriage Group (SMG), an informal organisation with about 100 volunteers across Maharashtra, to help runaway lovers—similar to the Love Commandos shelter in Delhi, for threatened mixed couples. According to an SMG volunteer, they have helped five couples get married so far. The Maharashtra Andhashraddha Nirmoolan Samiti (MANS, Maharashtra Blind Faith Eradication Committee), founded by slain rationalist Dr Narendra Dabholkar, also has a large network of members across the state, who support inter-caste and inter-religion marriages. Volunteers told the media that they counsel runaway couples to first get birth certificates, so that the marriage can be legally registered, advise them that at least one of them secure a job before marriage; they help them find a place to stay or get a job, and sometimes assist financially. They also tap the Rs 50,000 that the Maharashtra government’s social justice department offers to inter-caste couples getting married; this department, partly backed by central funds, dispensed Rs 21 crore to 4,184 beneficiaries in 2014-15.

The papers are full of atrocities against those who married someone of the ‘wrong’ caste. Yet, some people inch closer to their fantasies—like Manjule himself—while others do the Sairat pilgrimage. The Sairat kind of tourism taps deep into the aspirations of the less privileged. It is hardly surprising that budget hotels and services, which do likewise, are among the fastest-growing segments of the hotel industry, with Ibis, Formule 1, Airbnb, Stayzilla, Ginger, Zo Rooms and OYO Rooms, all competing to serve someone who was hitherto invisible. Finally, it looks like the underdog will have his day.