When the women love the lows 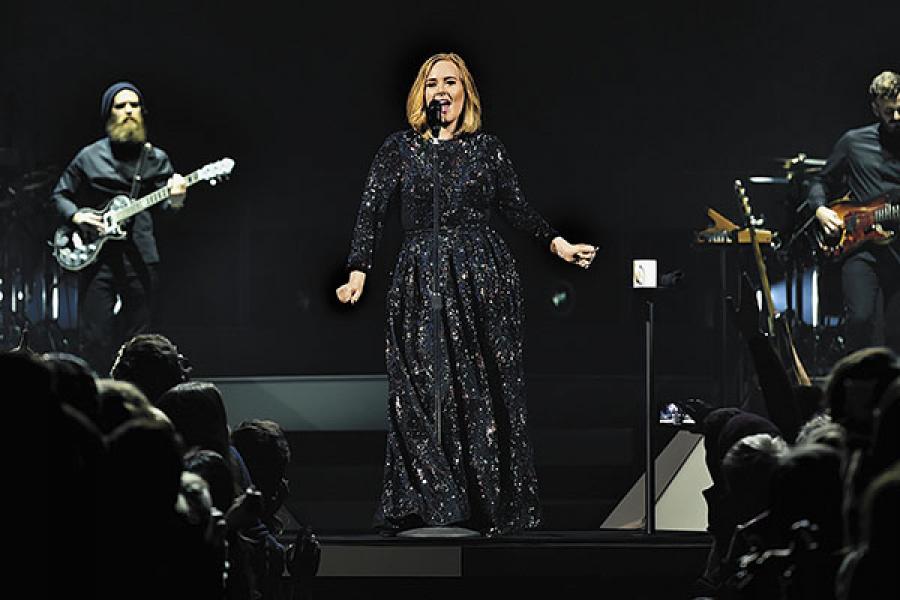 Image: Getty Images
Adele has made it acceptable, even desirable, for women to sing in a low pitch

Growing up in (then) Bombay in the 1970s, it was impossible to run far enough away from the voices of Bollywood’s ‘nightingales’. While the Mangeshkar sisters’ legion fans had no quarrel with their omnipresence, my cochleae were built of material too fragile for the pitches of their pipes. The lore that some opera singers could shatter glass with their voices may have been apocryphal, but I had little doubt that Lata and Asha could rent asunder my delicate auditory membranes with but a shriek or two. And it seemed to me as if every aspiring pop diva in the country was determined to scale the stratospheric heights set by those ladies.

The Indian classical world featured vocalists considerably less piercing than those filmi femmes—most notably my mother’s favourite, the beautifully raw-throated Begum Akhtar. But my inclination was towards pop and rock ‘n’ roll, and it was in that world that I first found myself listening more closely to female voices. In the previous issue of ForbesLife India, I wrote about male voices mostly committed to the upper registers (The Fine Falsetto). This piece serves as a counterweight, in which I explore female voices that break stereotypical notions of pitch, the ones unafraid to stick it to societal expectations and head into male territory and make their mark at the lower end of the scale.

The most recognisable of today’s non-shrieky crooners has to be the British torch-song exponent Adele. Defying convention of how girlie a female pop singer should sound (think Britney Spears, Taylor Swift, Christina Aguilera), Adele made it acceptable, even desirable, to go low and soar, starting with her first hit, ‘Chasing Pavements’, all the way to her latest chart-topper ‘Hello’. 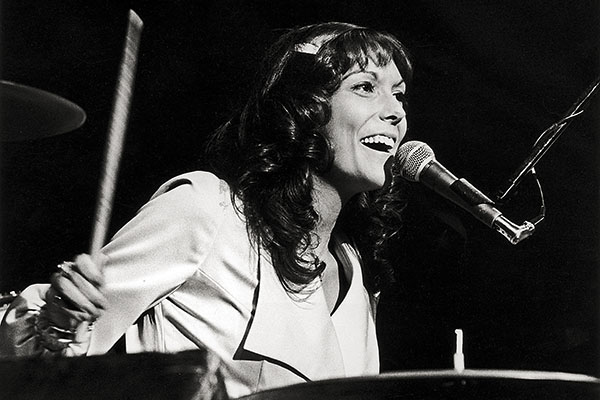 Images: Getty Images
Karen Carpenter, of the soft-rock duo Carpenters, who was also known for her skills as a drummer apart from her deep, silken tone

But well before the big-voiced star’s ascent, the pop world had already seen (or heard, as it were), a slew of women whose voices rivalled their male counterparts, either in depth or in grit. The 1960s cannot be spoken of without acknowledging the ribald, raw energy of the short-lived, bright-sparked Janis Joplin. A true wild child of the free-love years, Joplin’s voice was as rich in rasp as in truth as she sang of heartbreak and materialism, employing irony in ‘Mercedes Benz’ and crying of love lost in ‘Piece of My Heart’. And she took a manly man’s song—Kris Kristofferson’s ‘Me and Bobby McGee’—and turned it into an immortal playlister.

Another tragic firefly, Karen Carpenter lived barely five years longer than Joplin. One half of the brother-sister duo known as Carpenters, Karen’s voice swept me up and sucked me in the very moment I heard it. The effect of her deep, silken tone hasn’t abated all these years later. All it takes is a replay of ‘Yesterday Once More’ or ‘Rainy Days and Mondays’ to return me to the cocoon of warmth and comfort that I experienced when I first heard her sing. 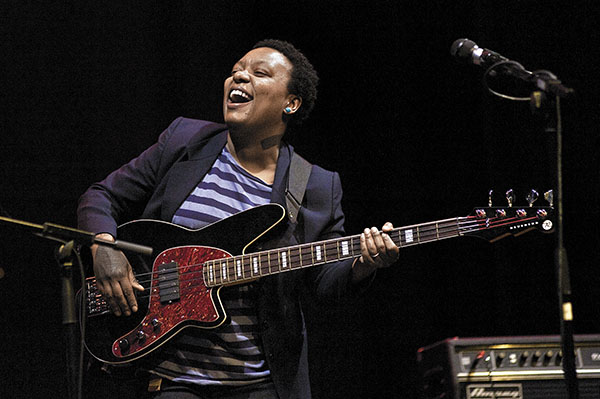 But while Janis died far too young, her contemporary Tina Turner’s survival skills are legendary, not just outliving but also outperforming most of her peers. Emerging from an abusive relationship from the man who propelled her career, Turner used her low-throated power to inspire women and entertain the world through a staggering run of hits and wins. The nam myoho renge kyo-chanting chanteuse (she’s said the Buddhist invocation saved her in her hardest times) used her ability to start low and then cut clear up to the truth, as heard on ‘What’s Love Got to Do With it’ and the anthemic ‘We don’t Need Another Hero’. 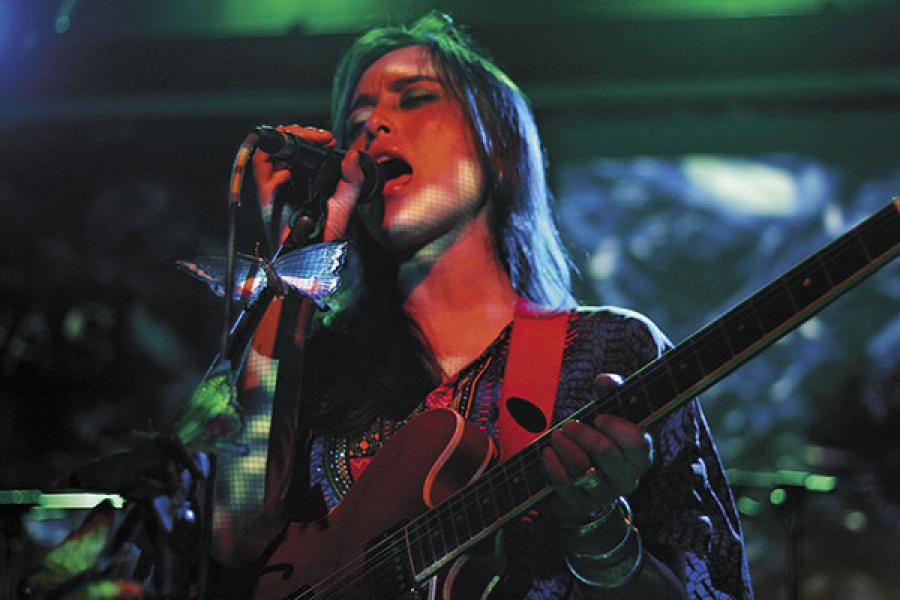 Whether it was whiskey that made her sound the way she does or a life of hard knocks, Bonnie Raitt has long been a favourite teller of truth and pain for me. The opening lines of ‘I Can’t Make You Love Me’ are all it takes to lose myself completely, absolutely, in Raitt’s magical smoke-hazed voice, which compels you to relive the heartbreaks of all your lives at the same time. 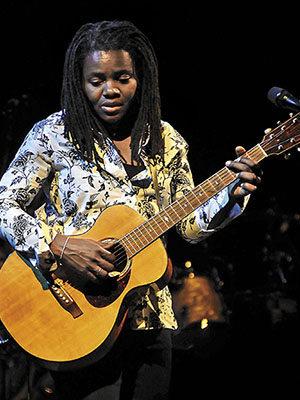 And many will never forget a voice that resounded across Jawaharlal Nehru Stadium in 1988. Though they had all gone to watch Bruce Springsteen, Sting and Peter Gabriel, who were on a global tour in support of Amnesty International, Tracy Chapman’s deep, resonant voice was one that blew everyone away. A folk-pop star-in-the-making, Chapman didn’t need more than a guitar and her songs to support her quiet yet giant voice to command the attention of the massive crowd.

Generations since have produced women with voices that challenge the norm, either sonically or visually. I was lucky to catch a live set of the bass-playing, singer-speaker-rapper Meshell Ndegeocello at a New York club called the Village Underground sometime in the early 2000s. Ndegeocello was as surprising and as groovy in concert as on her soul, jazz, hip-hop, pop albums. It was her voice that ensnared me, holding me with a soft, dark energy that provoked even as it lulled. I often return to her 1999 album Bitter, a brilliant emotionally subversive work featuring songs like ‘Faithful’, ‘Bitter’, ‘Sincerity’, ‘Loyalty’ and ‘Fool of Me’. The insidiousness of love was never conveyed with such quiet anger and mellifluous disappointment. 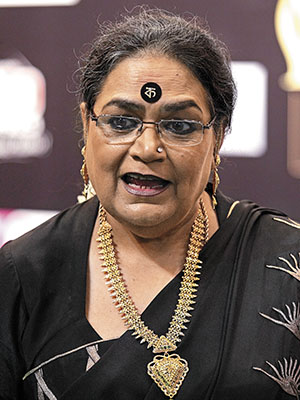 Another brief visitor to the planet, but with a light that will shine for years, is Amy Winehouse. The jazz-pop singer flipped her finger at all conventional sense, sounding and living like no one else. Her voice was her catharsis and the weapon through which she found release and with which she flagellated herself to death.

At two ends of a generational stick, India boasts of at least a pair of voices in the pop/indie world that stand in the face of conformity. I can’t think of a voice more immensely resounding than that of the multilingual songbird Usha Uthup, who remains as splendorous as ever in her trademark sari and hair braid that runs from Tollygunge to Timbuktu. But for grit, no one can hold a candle to Tipriti ‘Tips’ Kharbangar, the frontwoman of the Shillong-based band, Soulmate, whose scouring tone could sandpaper away your blues.