The professional songwriter is back with a bang 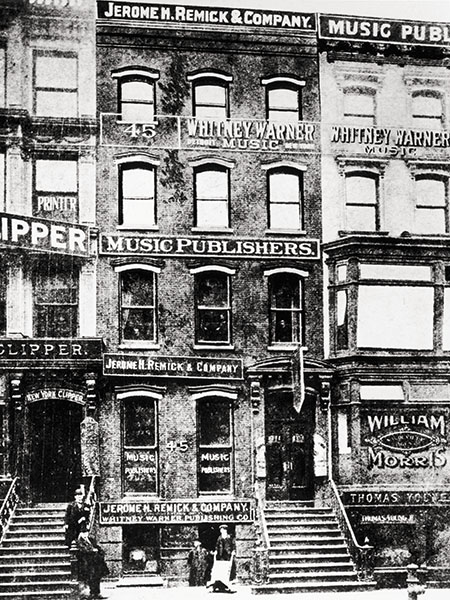 Manhattan’s Tin Pan Alley, the centre of the music publishing industry at the turn of the century
Image: Hulton Archive / Getty Images


When the pop music industry was born in the US, the folks who controlled its creation and distribution, the publishers of the sheet music, or music publishers, set up their control centre on West 28th Street in Manhattan. I’m talking early 20th century, when such songwriters as Richard Rodgers and Lorenz Hart banged out something like 500 songs and 28 musicals. The other duo of note was brothers George and Ira Gershwin, who wrote and composed around a dozen Broadway shows as well as the still-in-play opera Porgy and Bess. These career songwriters were just some of the many who operated in the area that came to be known as Tin Pan Alley.
The Alley gave way a half century later to an edifice in the city’s midtown area called the Brill Building, which is still standing, albeit empty of the scores of songsters who once fevered night-and-day to dream up hits, which now played on the radio. These were days when the singer and the songwriter were separate entities, the hyphenated versions of the ’60s still a decade away. Record companies bought from music publishers, the writers’ employers, the songs they believed would turn their young crooners into marquee teen idols. When the tide changed and publishers realised that the demos they were making were often better than the record companies’ versions, some of those writers got out of their cubbyholes and went on to become big performers themselves. Neil Sedaka; Paul Simon; Carole King, whose solo career took off 10 years after slaving for the glory of other singers; and Neil Diamond, whose songwriting career began with a four-month stint at Tin Pan Alley well before his voice resounded across the world. 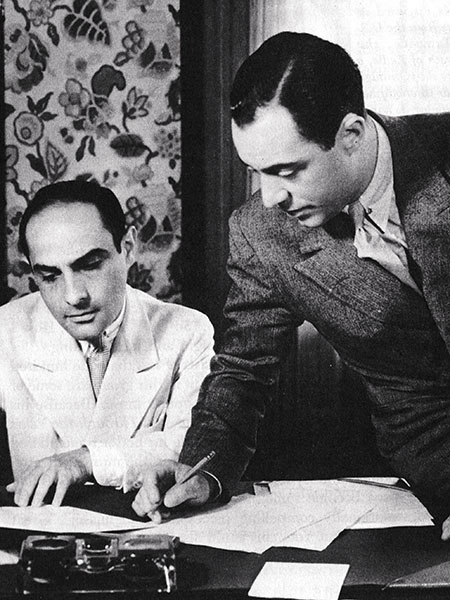 The ’60s heralded a new scene. Singers started writing their own songs. Along with the likes of Simon, Diamond and King, who began to reap the benefits of their already-proven skills, a flood of singer-songwriters was unleashed on the world’s delighted pop audience. Bob Dylan elevated Woody Guthrie, marrying socialism, poetry and common sense; John Lennon and Paul McCartney became the little British isle’s newest juggernaut. The position of the professional songwriter teetered; self-reliance and personal expression became the new way. Bands were either composed of multiple collaborators or principal writer-composers. Why recruit outsiders when the inside job was so much truer and more satisfying? 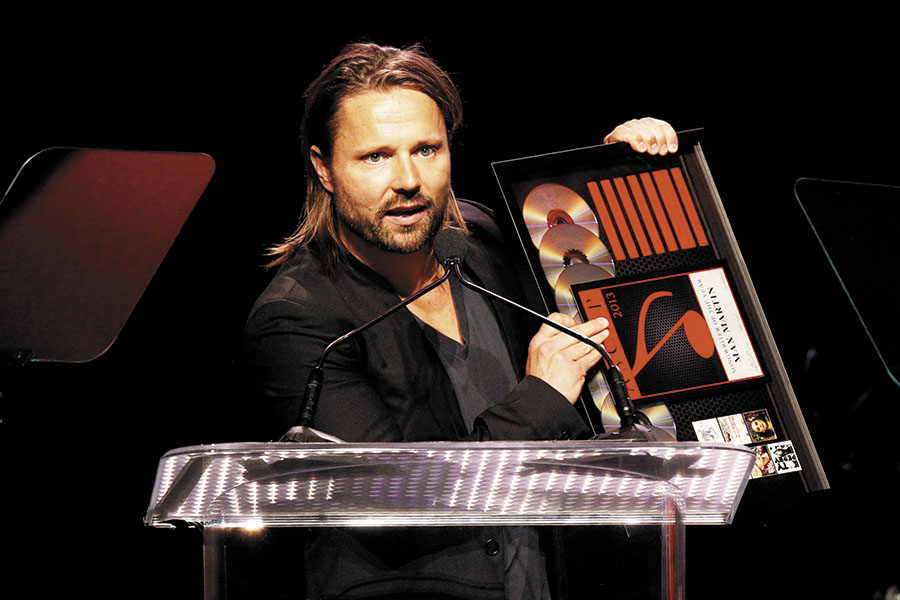 Martin Karl Sandberg is the most sought-after songwriter with sales of over 150 million singles
Image: Mario Anzuoni / Reuters

But the professional songwriter never died. The ’80s saw the emergence of Diane Warren, who’s written so many hits that the head of EMI Music Publishing, one of the world’s largest music corporations, called her “the most important songwriter in the world”. Laura Branigan; Beyoncé; Elton John; Cher (‘If I Could Turn Back Time’); Bryan Adams; Tina Turner; Aerosmith (‘I Don’t Want to Miss a Thing’); Ricky Martin; Lady Gaga (‘Til it Happens to You’); Aretha Franklin; Mariah Carey; Toni Braxton (‘Un-break My Heart’); Starship (‘Nothing’s Gonna Stop Us Now’); Meat Loaf and Patti Russo (‘I’d Lie for You (And That’s the Truth)’); Michael Bolton (‘Time, Love and Tenderness’) and Bon Jovi (‘Wild Is the Wind’) are just some performers who have drawn on her talent.
Then, in 1993, a short-lived all-girl band called 4 Non Blondes released a song called ‘What’s Up?’ Their singer, who wrote the hit, their only one, quit the band soon after and embarked on a journey of penning chartbusters for some of the world’s biggest artists. Linda Perry’s body of work includes Pink’s ‘Get the Party Started’; ‘Beautiful’ by Christina Aguilera; ‘What Are You Waiting For?’ by Gwen Stefani; ‘Favourite Year’ by the Dixie Chicks; and Alicia Keys’s ‘The Thing About Love’. Perry’s still at it. 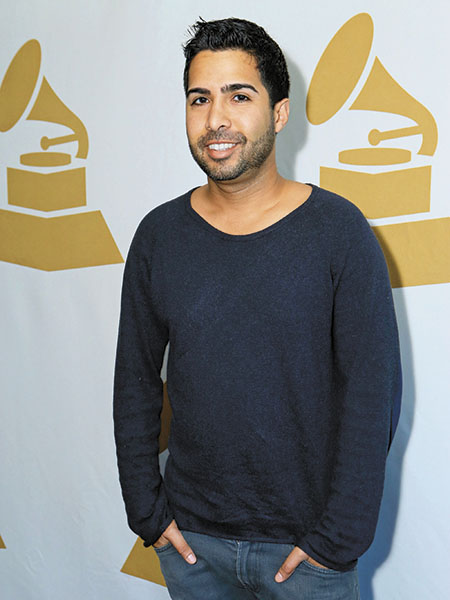 The current high priest of earworm is a man from a small country in the northernmost reaches of Europe. Martin Karl Sandberg (better known by the nom de plume Max Martin) has probably written more songs than you know you’ve heard. Raised in a suburb of Stockholm, where he had a brief dalliance with glam metal fronting a band called It’s Alive, the Swede has carved out a success story as a hit-writer that would blow anyone’s mind. With the most chart-topping singles after Lennon and McCartney (and over 135 million single sales as computed in 2013, so it’s probably well over 150 million now), Martin has become the most sought-after songwriter on the planet. His staggering litany of hits over the past 18 years includes Backstreet Boys’ ‘I Want it That Way’; Britney Spears’s ‘…Baby One More Time’; Bon Jovi’s ‘It’s My Life’; Katy Perry’s ‘I Kissed a Girl’; Usher’s ‘DJ Got Us Fallin’ in Love’; Taylor Swift’s ‘We Are Never Ever Getting Back Together’; Katy Perry’s ‘Roar’—one of Hillary Clinton’s presidential campaign songs; The Weeknd’s ‘Can’t Feel My Face’ and the Justin Timberlake hit ‘Can’t Stop the Feeling!’ 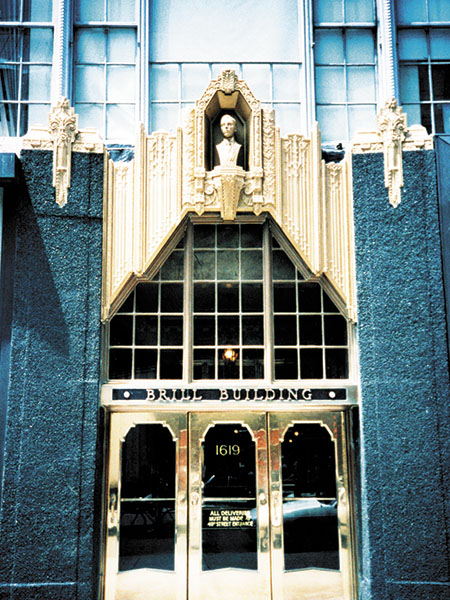 At least two current pop writers with heavy strike rates name Martin as their mentor. One is fellow Swede Karl Johan Schuster, who goes by the handle Shellback. The other is the Texas-based Indian-American Savan Kotecha. Under Martin’s tutelage and often in partnership with him and Shellback (like ‘DJ Got Us Fallin’ in Love’), Kotecha has churned out an impressive list of his own. Along with most of Brit boy-band One Direction’s material, his battery of crowd-pleasers includes ‘Rise’ by Katy Perry; ‘Problem’ and ‘Side to Side’ by Ariana Grande; Maroon 5’s ‘One More Night’,  and the Avicii hit ‘Sunset Jesus’.

Today’s pro writing conforms to the paint-by-numbers approach expected by record labels willing to pay top dollar for the opportunity to get a tune inside a million heads and never leave. These writers are incredibly skillful in crafting cliché and creativity on an assembly line, continually delivering a stream of delectables for tween ears. And whether you dig it or not, they aren’t falling off the charts anytime soon. Just turn on the radio and you’ll know what I mean.

Tweets by @forbesindia
Now, a robot to assist you at HDFC Bank
Banks' Q3 earnings: pain likely to be seen further, despite deposit growth