Chocolate Fortunes: Battle for the Hearts, Minds and Wallets of China’s Consumers

Could there be a more intriguing East meets West story than one about the introduction of chocolate — that very symbol of Western decadence and self-indulgence — to legendarily austere China? China’s breathtaking transformation over the past 30 years has turned some 300 million of its 1.3 billion people into ravenous consumers of everything from candy to cars. And until 30 years ago, almost none of them had ever eaten a piece of chocolate!

China’s economic transformation was unprecedented and so too was the establishment of foreign businesses within a major country undergoing monumental economic and social change. For the world’s leading chocolate companies — Hershey, Nestlé, Cadbury, Mars, and Ferrero — China was a new frontier with boundless possibility. But the chocolate war wasn’t simply a battle for the hearts, minds, and taste buds of China’s consumers, it was also a struggle for these global chocolate giants to discern their own route to commercial success in China; for their greatest challenges did not lie externally in China’s enigmatic marketplace, but internally within each organization. 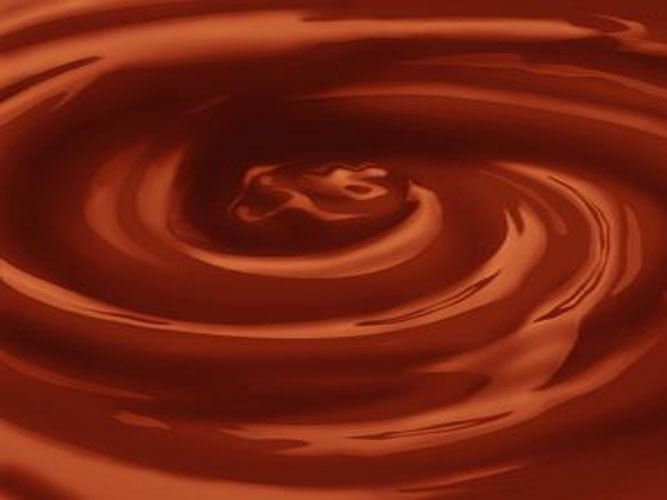 Those looking to tap into this soon-to-be largest consumer market will benefit from the essential lessons of China’s “Chocolate War
Each player came to the battlefield equipped with its own arsenal of strengths. Hershey, the purveyor of the great American chocolate bar, was the most U.S. domestic-oriented, and though it was a market leader in the relatively homogenous American market, it did not have a proven track record in the more diverse and varied international marketplace. In spite of this, Hershey brought a much-needed will to find a way in China.
Mars, an American family-owned chocolate giant, had a much more established international presence and consequently a much broader base of experience to apply in China. But with a reputation as a tough street fighter, its most powerful weapon was its determination to succeed in the China market.
Cadbury was the chocolate of the British Empire and had a presence in Britain’s Chinese enclaves during the colonial era. Nestlé, the Swiss-based global food titan, brought enormous resources and extensive experience to global markets. Both Cadbury and Nestlé had been marketing chocolate around the world from just after the turn of the twentieth-century, providing them greater depth and perspective from which to develop a successful approach to the China market.
Finally, Italian chocolate maker Ferrero, the Ferrari of chocolate and relative newcomer to retail chocolate, would prove to be the wildcard of the group. It had one of the most expensive and exotic chocolate products to offer: Ferrero Rocher, a unique product with an upscale cachet that had a proven appeal to chocolate consumers worldwide.
The emerging China chocolate market was a level playing field for all chocolate companies when they began arriving in the 1980s and 1990s. Chinese consumers viewed chocolate as an exotic foreign product, so each of the chocolate manufacturers enjoyed the same level of prestige and credibility that China’s inexperienced consumers associated with foreign goods. Retail prices were relatively high and manufacturing costs relatively low, so none found pricing and cost to be barriers to entry.
Importantly, each was flying blind when it came to consumer and market information, and by the seat of their pants when dealing with China’s mercurial economic and regulatory environment. How executives of the world’s leading chocolate companies applied the experience, management skills, and leadership capabilities they brought to China would be decisive in how each approached the emerging consumer market and whether they ultimately succeeded.
As China’s new consumer class continues to emerge from the darkness into the stark florescent light of China’s burgeoning retail stores, the best and the brightest minds of the global chocolate industry continue to engage each other in battle for their attention and affections. But it is not the trench warfare that these chocolate executives are accustomed to, sniping at each other from solid entrenchments in their well-established home markets. Rather, it is mobile warfare on a battlefield with a constantly changing landscape that continues to test their skill, adaptability, and stamina needed to win the hearts, minds, and taste buds of China’s emerging consumers.
Those looking to tap into this soon-to-be largest consumer market will benefit from the essential lessons of China’s “Chocolate War,” while at the same time enjoy fascinating reading in the classic East meets West mold.
The January/Februrary 2010 issue of Thunderbird International Business Review includes a longer version of this article.
Lawrence L. Allen is a senior China business professional, leadership advisor and author of Chocolate Fortunes: The Battle for the Hearts, Minds, and Wallets of China’s Consumers (AMACOM, 2009). After graduating from Thunderbird School of Global Management in 1987, Allen spent more than 20 years building consumer brands for multinational companies in the Greater China region. For seven years, between 1998 to 2006, the author was a foot soldier on the front lines of China’s “chocolate war,” first as an executive with Hershey, and later Nestlé. Lawrence Allen lives in Beijing, China.

Tweets by @forbesindia
Dan Ariely: Hidden Forces that Shape Our Decisions
A Helpline for Senior Citizens by Arun Nanda