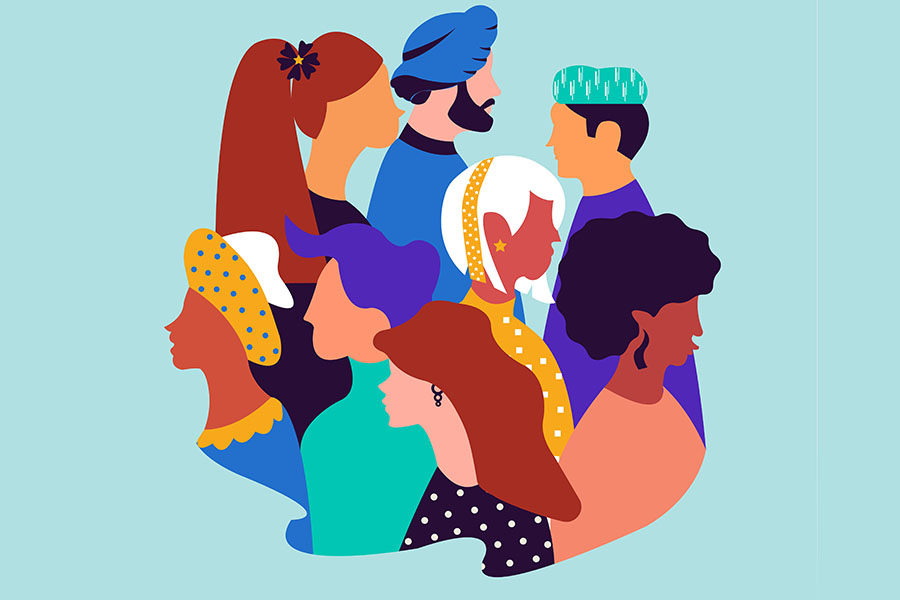 After nearly 50 years of corporate diversity initiatives, businesses are still struggling with baking diversity and inclusion into the DNA of a corporation Image: Shutterstock

Businesses and organizations create more inclusive environments with equitable outcomes by committing to diversity, equity and inclusion (DEI). Advancing DEI isn’t only the right thing to do — it’s also the smart thing to do. CEOs and business leaders are able to infuse social responsibility throughout their organizations, from top-down, setting diversity and inclusion standards and norms within the workplace.

After nearly 50 years of corporate diversity initiatives, businesses are still struggling with baking diversity and inclusion into the DNA of a corporation. And, for those corporations that have successfully attracted a diverse mix of employees, statistics show that the vast majority fall short when it comes to diversifying the C-suite and boardroom.

Perhaps the answer to successful diversity and inclusion practices is somewhere in Nike’s iconic slogan: Just Do It!

Nike is a good example of how hard it can be to reach diversity goals. Leadership at Nike has grappled with comparisons between the company’s progressive marketing campaigns and the actual diversity within the company’s workforce.

According to company reports, Nike has raised the proportion of racial and ethnic minorities, at director level and above, by increasing more than 4% over the past fiscal year to approximately 30% in representation. In 2019, the proportion of non-white vice-presidents was 21%. Nike’s Impact Reports suggest that the company, known for its innovation and reaching goals, is having a difficult time with its focus on diversity and inclusion.

Citing an internal company email and "people familiar with the matter," the Financial Times reported that Nike's chief talent, diversity, and cultural officer Felicia Mayo is stepping down from her position, effective at the end of July 2022. She would be the second executive to leave that position. The turnover in talent, and lack of DEI, may have rattled investors and contributed to a 5.6% sell-off of Nike (NYSE: NKE).

Why It Matters: Delivering Through Diversity

In the wake of social unrest following George Floyd’s killing, Nike CEO John Donahue sent a memo to staff that included the following statement: “While we strive to help shape a better society, our most important priority is to get our own house in order.”

According to a McKinsey study, Why Diversity Matters, companies in the top quartile for gender-diverse executive suites were 15% more likely to generate above-average profitability compared to the bottom quartile of companies whose executive teams were predominantly white and male and, according to Deloitte, diverse companies enjoy 2.3 times higher cash flow per employee. Gartner also found that inclusive teams improve team performance by up to 30 percent in high-diversity environments. In a separate Boston Consulting Group (BCG) study, companies with diverse management teams saw a 19 percent increase in revenue compared to their less diverse counterparts.

It seems commonsense that companies with diverse staff are better positioned to meet the needs of a diverse customer base. Workplaces committed to diversity, equity and inclusion are more likely to capture new markets than organizations that do not actively recruit or support talent from under-represented groups.

Slow Progress at the Top

What about corporate leadership? Despite nearly 50 years of focus on and progress in workplace diversity, these advances have yet to translate to the C-suite. In Why Diversity Matters, McKinsey concluded that progress in gender and ethnic diversity in leadership teams has been slow. According to the numbers, very slow.

Deloitte’s 2021 Missing Pieces Report concludes that there has been progress, but very gradual progress, in diversity between 2018 and 2020. Deloitte concluded that progress made on overall diversity has been due primarily to the increase in the number of white women on boards. Other findings included:


During the complete history of the Fortune 500, which dates to 1999, there have only been 18 Black CEOs. The peak year for representation was 2012, when there were six Black CEOs, and just 1% representation.

The lack of diversity at the CEO level most likely reflects the lack of diversity on corporate boards. Last year, the boards of six Fortune 500 companies had no gender, racial or ethnic diversity. That is an improvement from 2016, when there were 15 boards composed entirely of white males.

Most studies focus on U.S. corporate leadership, but diversity concerns are common across the globe.

Beyond Diversity: Inclusion is Key

Inclusion extends beyond diversity. It focuses on appreciating and valuing individual differences, and the target group is all people, regardless of majority or minority status. The inclusive or diverse workplace is based on a value framework that respects and supports all cultural perspectives represented among its employees.

Inclusion is leveraging that employee diversity, creating and maintaining an organization in which everyone in the diverse mix feels involved, valued, respected, treated fairly, and embedded in organizational culture. Empowering all employees and recognizing their unique talents is part of creating an inclusive company.

Professor and lecturer Brene Brown elaborates on DEI and states, “We need to do more than diversity and equity and inclusion. We need to create real belonging in our culture.”

Diversity and inclusion need to work together. Diversity without inclusion can result in a toxic culture of tokenism. Inclusion without diversity can make a company stagnant and uncreative. When employees feel included and valued, they’re more engaged. And a company has a much higher chance of coming up with fresh ideas with a more diverse group.

Also read : Workplace equality for all (unless they're old)

Black Lives Matter and COVID-19 workplace concerns have also put pressure on corporations to keep a closer eye on employees’ diversity and inclusion concerns. In the months following George Floyd’s killing in May 2020, dozens of companies vowed to increase diversity and inclusion in their workplaces. Some announcements have led to progress, including:

Apple: In March 2022, Apple released its latest Inclusion and Diversity Report that showed overall growth in the number of women and underrepresented employees hired globally. The company has increased its number of female employees by 89% since 2014, while its overall employee count grew 58% in that same period.  There has been a 74% increase in the number of employees from underrepresented communities in the U.S. in that same time.

Salesforce: Salesforce believes business is a powerful platform for change and is guided by core values of trust, customer success, innovation, and equality. To that end, they launched their Racial Equality and Justice Task Force to help drive systemic change within the workplace and community. The four pillars of the initiative are people, purchasing, philanthropy and policy.

Estée Lauder: When it comes to strategic diversity recruiting, Estée Lauder Companies emphasizes inclusion first, believing that an inclusive environment is a catalyst to building a diverse organization. Their commitment to building an inclusive environment is evident – the company has 30 employee resource groups, with over 4,500 employees participating collectively. Estée Lauder employees started each resource group for the organization.

Intel: Intel focuses on supporting Native Americans in technology by partnering with the American Indian Science and Engineering Society. They donated $1.32 million to the “Growing the Legacy” scholarship, awarded to 40 Native American STEM students every year, as described in their Corporate Responsibility Report. In addition to supporting students financially, Intel also offers a mentorship program, leadership training, and opportunities for internships/full-time jobs within the company. While they admit there’s more work to do, the number of tech positions held by Native Americans is growing.

Creating a Culture Where Everyone Belongs

Developing socially responsible leaders helps a company establish itself as one that will challenge systemic bias, encourage and value a diverse workforce, become committed to pay equity, support new career paths and career changes, and even change the world.

McKinsey’s Diversity Wins: How Inclusion Matters says that a common thread for successful diversity leaders is a systematic approach and bold steps to strengthen inclusion. Drawing on best practices from leadership development programs at these companies, McKinsey highlighted five areas of action:

Ensure the representation of diverse talent.

This is still an essential driver of inclusion. Companies should focus on advancing diverse talent into executive, management, technical and board roles. It’s important to set the right data-driven targets for the representation of diverse talent.

Companies should place their core-business leaders and managers at the heart of inclusion and diversity efforts—beyond the HR function or employee resource-group leaders.

Enable equality of opportunity through fairness and transparency.

To advance toward a true meritocracy, it is critical that companies ensure a level playing field in advancement and opportunity. They should deploy analytics tools to debias processes and meet diversity targets.

Companies should uphold a zero-tolerance policy for discriminatory behavior, such as bullying and harassment, and actively help managers and staff to identify and address microaggressions.

Companies should build a culture where all employees feel they can bring their whole selves to work.

Diversity and Inclusion: Next Steps


And be patient. Some progress on representation can be brought about relatively rapidly with the right set of initiatives but embedding inclusion within the organization can take many years.

Most importantly, you need leadership, goals and honest tracking systems, because achieving true diversity and inclusion is far more difficult than Just Do It!