Laws requiring board diversity are becoming more common. Here's what to know

Companies want to be ahead of the curve on this 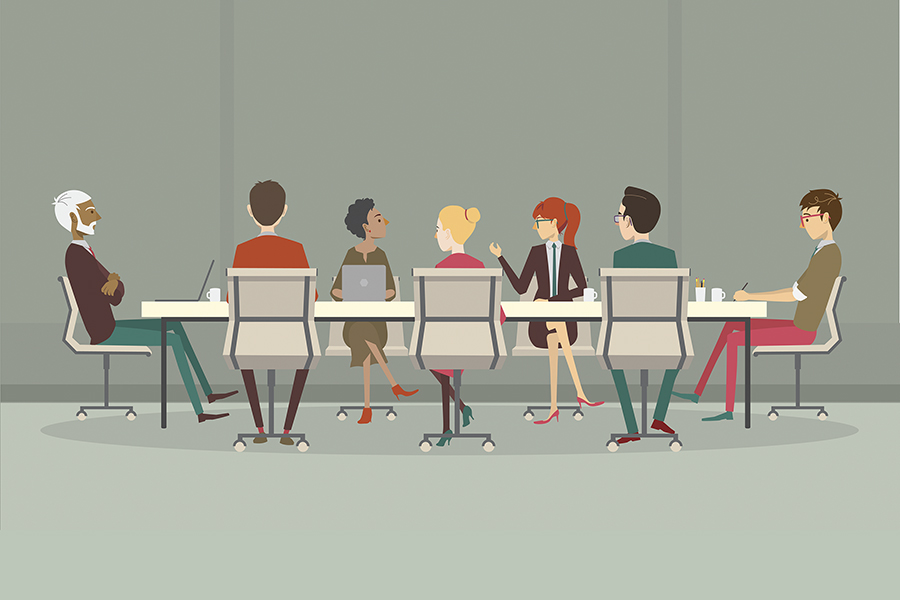 Boards of publicly owned companies are required to disclose female and minority board membership, as well as how they identify and appoint those members
Image: Shutterstock

Companies have long been talking about how their boards need to be more diverse. But now the legal landscape is changing, with some states mandating that companies do more than talk.

In Illinois, for instance, boards of publicly owned companies are required to disclose female and minority board membership, as well as how they identify and appoint those members. California has gone even further, mandating that boards have at least one woman, as well as a certain number of directors from underrepresented racial, ethnic, or LGBT communities. Other states, including Washington, Colorado, and Pennsylvania, have also passed legislation to encourage diverse boards, and more are considering this step.

All of this means that, in addition to being an ethical and reputational imperative, boosting board diversity is quickly becoming a legal one as well. So what should companies keep in mind?

“Because there’s such a patchwork of inconsistent state statutes—and because many of these statutes are looking at different kinds of diversity—it’s very hard, from a compliance standpoint, to figure out a one-size-fits-all answer,” says Mark McCareins, codirector of Kellogg’s JDMBA program and a clinical professor of business law.

That said, there are certain things that companies should understand about this quickly evolving legal landscape.

At Least for Now, the Real Pressure Is Coming from Investors

Not all of these new legal requirements come with teeth. While some of the new state regulations include fines for companies that fail to comply, others are merely advisory.

“Some of the new statutes say, ‘we want to know what you’re doing in this area, but we haven’t decided yet what we’re going to do if you don’t report or you report and the numbers aren’t to our liking,’” McCareins says.

There are also some inherent limits to just how strong their enforcement can be. For example, a company in one state can reincorporate in another if it feels overly burdened by the board regulations.

That’s why, at least for now, the larger incentive is reputational.

“The biggest hammer in all this is probably from a perception in the equity markets that you are not a company that plays by the rules,” McCareins says.

Investors are making their will known in other ways, too. Last year, the NASDAQ submitted a proposal to the SEC that called for instituting diversity requirements. And institutional investors such as BlackRock, Vanguard, and StateStreet are pushing firms to ensure greater diversity on their boards.

“If I’m a public corporation, whether or not I’m currently under state or federal regulation, I’m probably going to be as concerned about what my investor base—and specifically my institutional investors—are thinking about this issue,” says McCareins.

As with other ESG issues such as climate change, McCareins predicts that scrutiny over board diversity from a range of stakeholders will only increase over time.

“Companies want to be ahead of the curve on this and other issues,” he says. “These statutes have brought it into the corporate mindset that there really hasn’t been sufficient progress to diversify corporate governance. So regulators and investors are going to start taking baby steps in the hopes of getting companies’ attention—and in the hopes that they end up doing the right thing.”

All of this means that as companies anticipate new mandates, they must also consider whether their own bylaws could stand in their way.

“Let’s say our company has bylaws where a five-member board all have eight-year terms,” McCareins says. “They have just been appointed in the last year. The company would love to be more diverse, but now we’re stuck with this board for the next seven under our bylaws.”

This can put companies in a legal bind. A company that slow-rolls its compliance efforts may face legal action from shareholders. But if the company takes actions to comply with new state laws and runs afoul its own bylaws in the process, that may create other legal problems.

“You could see shareholder derivative suits against boards for not fulfilling their fiduciary duties,” McCareins says.

Ultimately the power to change the board’s bylaws resides in the hands of shareholders. After all, while boards typically make recommendations to reconfigure their own makeup, they cannot do so unilaterally.

“Let’s say shareholders vote and say, ‘no, we don’t want to change the bylaws,’” McCareins says. “That’s where the rubber hits the road and state regulatory policy runs head-on into the shareholders who own the company.”

McCareins recommends that the board’s governance committee start by gaining a comprehensive understanding of the applicable state DEI statutes.

There is plenty of good advice out there on how to find and retain diverse board members—and set them up for success. (For instance, see here and here.

McCareins advises companies to embrace the process—not just as a risk mitigation strategy, but as an opportunity for continued growth.

He recommends codifying the nomination criteria and diversity metrics that would comply with necessary requirements and would fit the company’s goals. In addition to boosting gender or racial diversity, this may also be an opportunity to diversify in terms of professional backgrounds or skills. Or perhaps it is an opportunity to recruit directors who can better represent the voices and experiences of diverse clients, customers, and other stakeholders.

“Every company is different and every company culture is different,” McCareins says. “It is up to the nominating committee to spend time early in the process to identify the metrics which make sense and are attainable for their business.”