Prime Minister Narendra Modi calls it a good and simple tax but concerns abound over the implementation of India's biggest indirect tax reform. 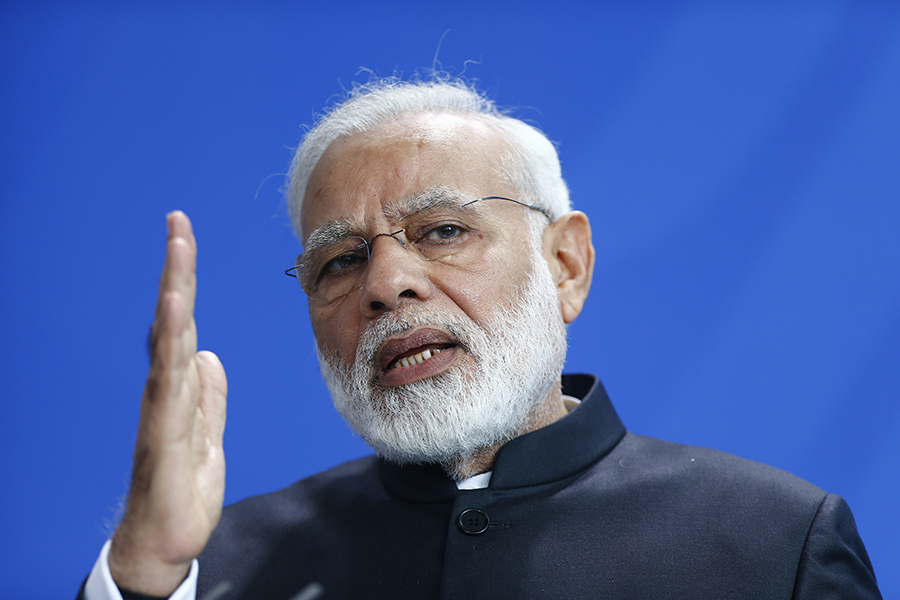 Modi devised a new acronym for GST, calling it a “good and simple tax”, in a special midnight session at Parliament’s Central Hall, in the company of Vice-President Hamid Ansari, Lok Sabha Speaker Sumitra Mahajan, Finance minister Arun Jaitley and other dignitaries.

“There couldn’t have been a better place to launch the GST,” said Prime Minister Modi at the event that saw the who’s who of the political echelon. Among industry leaders, Ratan Tata was present at the event.

“Today at midnight we all will determine the road ahead for the country. GST is an example of co-operative federalism. It is not the achievement of any single government or party. It is a collective effort…. Best brains of the country have worked for the creation of GST,” said Modi, looking composed as the countdown to the historic tax reform was drawing to a close.

Mukherjee, meanwhile, lauded the government for the July 1 rollout. “It’s a moment of personal satisfaction to me,” he said, recalling his stint as a Finance Minister in the UPA government when he tried to push the GST. “I am fortunate to be part of this journey. Concentrated efforts were taken over the past several years to build consensus for the replacement of taxation mechanism,” said Mukherjee.

It was a moment of pride for the country in the hour-long glittery event, which was reminiscent of August 14-15, 1947, when India’s first Prime Minister Jawaharlal Nehru delivered a midnight speech in Parliament on “Tryst with Destiny”. Another time when a gala midnight event was held in Parliament was in 1997 when India completed 50 years of Independence.

“Every decision in the GST council was taken with a consensus, not a vote…. India will now begin a new journey,” said Jaitley. A majority of the opposition parties, however, including the Congress and TMC boycotted the midnight event.
With GST becoming a reality starting July 1, 2017, the country will now have a single economic zone with common indirect taxes that will completely transform the indirect taxation landscape in the country. In a departure from the normal practice, GST will be administered together by both Centre and States.

Barring Jammu and Kashmir (J&K), all states have geared up to introduce the new tax structure under four tax slabs - 5, 12, 18 and 28 per cent. However, a cess would be levied on certain goods such as luxury cars, aerated drinks, pan masala and tobacco products, over and above the GST rate of 28 per cent for payment of compensation to the states. The threshold limit for exemption from levy of GST is Rs 20 lakh for states except for the special category, where it is Rs 10 lakh.

All in all, India has embraced the ‘one nation, one tax’ concept starting today (July 1, 2017) that is expected to tide away the patchwork of tariffs into a single levy. “This is a momentous occasion for us….an accomplishment to be truly proud of! As we flag off GST, although it is still far from perfect, we realise how much better it is than the myriad taxes we’ve been subjected to over the last several decades. Once the regime settles in, we can look forward to it spurring the economy by incentivizing manufacturing and making business decisions independent of taxes,” said Pratik Jain,  Partner and National Leader, Indirect Taxes, at PwC.

Fear of the Unknown

While Modi has called this a good and simple tax and it is expected to transform the way India Inc does business, there is the fear of the unknown which still lurks. How simple is it really? How prepared are corporates and consumers to embrace the new tax structure?

“Like an Indian wedding, amidst all anxiety, confusion and of course pages and pages of notifications and circulars, GST has arrived,” said Waman Parkhi, partner, indirect taxes, at KPMG. “There are hiccups in registration which the Goods and Services Tax Network is solving on war footing,” he added.

GST envisages all transactions and processes to be done only through electronic mode, to achieve non-intrusive administration, according to a statement issued by the finance ministry. While this will minimise tax payers’ physical interaction with the tax officials, industry experts say there may be some ‘initial teething troubles’.

Some of India Inc’s most prominent voices have already voiced their opinion. Chanda Kochhar, managing director and CEO of private lender ICICI Bank calls GST, “a transformational structural reform which will have multiple benefits – the creation of a national market; enhanced ease of doing business; greater productivity & efficiency; and improved tax compliance.”
“All stakeholders are working together for a seamless transition to this new paradigm. This reform will result in benefits for all participants in the Indian economy, including both businesses & consumers,” Kochhar adds.

Biocon Ltd's chairperson Kiran Mazumdar Shaw has said that even though GST was path-breaking, the manner in which it was launched is “cumbersome’. “We really don’t need to start with a perfect GST rollout…we could have actually come out with a very simple rollout,” she told media on Friday.
“Why have we made it so complicated that we have so many people getting worried about how we are going to roll it out? Why are so many sectors worried about how they are going to deal with the GST rollout”? Shaw has asked.

Rajeev Dimri, leader indirect tax, BMR & Associates LLP says: “One cannot expect that a mammoth change like this will not make few people anxious or restless.  It would also be appropriate to keep in mind that any policy or law that has come into being is not perfect and free from any lacunas on day one of its coming into force. ”
“Similarly, with the joint effort of the trade, legislature and bureaucracy, even the GST law will evolve with time in a direction which would hopefully bring the country closer to a perfect GST,” Dimri added.

Earlier this week, Asian Development Bank president Takehiko Nakao had cautioned about some impending challenges that the industry could face due to GST. “GST is an important achievement of the government. There can be some transitional issues like filing of returns and its scrutiny,” Nakao told reporters, while pointing out the benefits of integrating the Indian economy into one market.

While assessing the state of readiness of corporate India to GST, there is a clear dichotomy. On one side, there are multinational companies that are headquartered overseas and on the other side, there are Indian headquartered companies.
“It would seem that the road map to GST transformation has been relatively less complex (and I would like to emphasize on the term ‘relatively’)  for companies headquartered in India or Indian companies in terms of making the requisite changes in their IT platforms, as these are monitored, administrated and driven from India,” said Monish Chatrath, managing partner at MGC & KNAV Global Risk Advisory.

The bigger challenge is for those companies “which are headquartered outside India. For them the changeover to GST has been fraught with more complexities as a consequence of their global IT platforms having to cater to a wide ambit of tax legislations in the respective countries in which they operate.”Some corporates, on their part, welcomed to GST as a reform for the industry. “Home appliances have become a necessity now with evolving consumer lifestyle and a lower tax slab would have made appliances more affordable in a low penetrated market. With 28 per cent GST, we expect the consumer price (market operating price- MOP) of home appliances to marginally go up by 1-2 percent  post implementation of GST,” said Kamal Nandi, Business Head and EVP, Godrej Appliances. However, there is one area that is staring at an instant high. The job market is looking forward to a big boost from the new GST regime and experts say it could create over one lakh immediate new employment opportunities, including in specialized areas like taxation, accounting and data analysis.

“It will propel the job sector to attain an annualized growth rate of 10-13% and fuel demand for professionals in various segments of the economy. GST is expected to create significant job opportunities as the businesses will need to hire professionals for dedicated GST management, upgradation and reconciliations,” said Sumit Sabharwal, Managing Director (India & SAARC), Excelity Global, Asia's largest provider of payroll administration, benefits and human capital management.

Sector-wise, the immediate high-impact segments of GST are expected to be automobiles, logistics, home decor, e-commerce, media and entertainment, cement, IT and ITeS, BFSI, consumer durables, pharma and telecom, he indicated.

The idea of GST was first mooted by Atal Bihari Vajpayee in 1999 when he was the prime minister. Thereafter, in 2003, he established a task force under Vijay Kelkar to formulate a roadmap. Later, when Manmohan Singh came to power in the UPA government, the GST process was expedited but it did not make much headway. In 2011, the Constitution Amendment Bill was tabled in the Lok Sabha to incorporate the GST.

Cut to 2016, under the current government, the GST Council was formed last year in September and since its inception, as many as 18 meetings of the Council were held, the latest one being a few hours before the launch. The finance ministers of all the states or their representative along with state and central government officials have participated in these extensive meetings and formulated the law and procedure to implement the historic tax reform. It was a mammoth task involving over 27,000 hours of hard work, according to a finance ministry statement. “More than 200 meetings of the officers of the Centre and States took place in different parts of the country to expedite the implementation of GST.” And finally, the GST was born!

Tweets by @forbes_india
Global wealth creation in 2016 grew faster than the year before: BCG report
Building a brand identity to create a high-value company