Zorawar Kalra: World on a platter

The poster boy of molecular gastronomy in India, is now looking beyond to fuel his frenzied growth 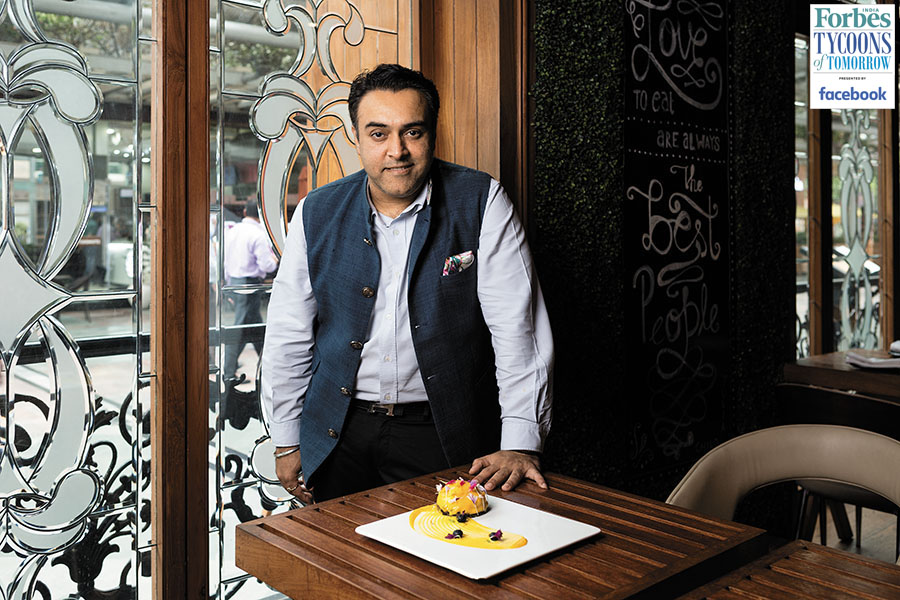 From the first in 2014, Zorawar Kalra now has 26 restaurants across 9 brands
Image: Madhu Kapparath
That Zorawar Kalra has upended all notions of traditional Indian cuisine is nothing new. You could easily credit him with introducing foams, spheres, gels and liquid nitrogen—all hallmarks of the inventive culinary evolution called molecular gastronomy—to the vocabulary of diners at a time Indian food was represented by a generic curry whose aftertaste would sit on you like a brick. But the 40-year-old restaurateur isn’t done yet.
Of late, he has been dabbling with all things “which involve molecular techniques, but go much beyond it”. This means a combination of culinary methods that are ancient, and some that are way ahead of their time. For instance, the pickling of karela, at Masala Library, which takes 15 to 20 days, is evocative of cooking methods of yore, while the levitating chocolate dessert at the same restaurant is done by supercharging a magnet and having it quantum-locked in space.
It may sound gibberish to mere mortals, but here’s the proof of the pudding: From his first Masala Library at Mumbai’s BKC in 2014, Kalra now has 26 restaurants across nine brands, 10 of which opened in the last year itself. By the end of this year, his brands will spread across eight countries, with an outlet of Farzi Cafe opening in the tony London locality of Haymarket (near Piccadilly Circus). His company Massive Restaurants ended FY18 with a revenue of `220 crore, a 30 percent growth over the previous year. Last December it raised `160 crore from Gaja Capital to power its frenetic expansion spree. Says Kalra, “We not only want to build restaurants where we ourselves want to eat, but also those that will put India on the global map.”

We want to build restaurants where we ourselves want to eat and those that will put India on the global map.


While his focus is primarily on Indian food, he has branched out to some other cuisines too with Pa Pa Ya (pan-Asian) and the newly-launched R20 (seafood) and Bo-Tai (modern Thai). His varied portfolio also ensures that he is able to attract a range of customer wallets. “We have Made in Punjab which is ₹800-900 per person, Farzi Cafe that is ₹1,100, Pa Pa Ya at ₹1,500, and Bo-Tai and Masala Library that are between ₹2,000 and ₹3,000,” he says. “We are the only ones who are able to do fine and casual dining equally well.”
His ability to connect with an audience cutting across demographics is evident from the fact that his highest revenue is generated by the Dubai outlet of the Farzi Cafe, a bistro targeted at hashtagging youths, followed by Bo-Tai, a progressive Thai fine-dining resto-bar that has recently opened at Delhi’s Mehrauli. Marryam Reshii, food critic and author, says, “Every other restaurateur thinks about today’s customer. Kalra thinks about tomorrow’s diners: What will get them hooked to a concept, food or buzz. And because he and his core customers are about the same age group, it works a treat.”
In the next five years, Kalra is expecting Massive Restaurants to mop up revenues of ₹1,000 crore to ₹1,200 crore. Some would say the numbers are quite ambitious (with factors such as GST and high rentals in India impeding growth in the F&B sector), but with his furious upward trajectory, it may not be a cliché to say the sky is indeed his limit.