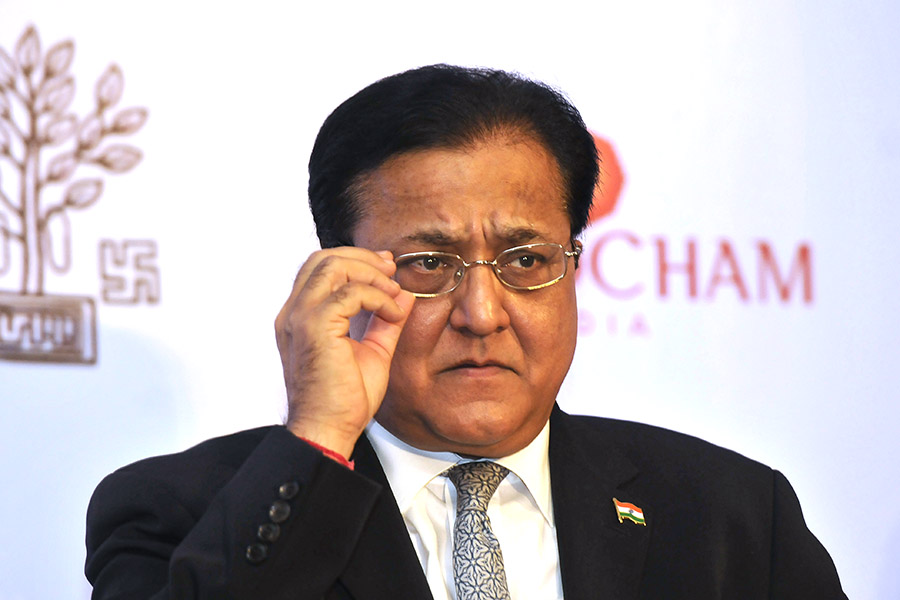 Rana Kapoor, CEO, Yes Bank; Image: Vipin Kumar/Hindustan Times via Getty Images
Investors dumped the Yes Bank stock at the stock markets on Friday – which led the share price to witness its sharpest ever intraday fall of 34 percent at the BSE – as several brokerages downgraded the stock after the Reserve Bank of India (RBI) denied a three-year extension to the bank’s CEO Rana Kapoor.

The RBI move escalated concerns amongst investors about the future of the bank, as there is a lack of clarity at this stage about Kapoor's successor. Kapoor has headed the bank for the past 14 years. This, in turn, has raised fears about how the bank will deal with rising non-performing assets (NPA) or raising capital, in a challenging environment.
The stock closed down 28.71 percent at Rs 227.05 at the BSE.

Kapoor will be allowed to continue as the managing director and CEO of Yes Bank until January 31, 2019, but the bank’s board will need to decide on the “future course of action”, the RBI said. Kapoor -- who along with his brother-in-law Ashok Kapur founded the bank in 2004 – has been managing director and CEO since its inception. Kapur passed away in 2008 in the Mumbai terror attacks. His wife, Madhu had inherited his shares in the bank. The board of Yes Bank had in April 2018 recommended a three-year extension for Kapoor’s term, but the RBI did not approve of this.

“Succession [at the bank] is a complex and risky issue. It appears to be far more uncertain than that at other banks,” said Hemindra Hazari, an independent banking analyst who publishes his writings on Singapore-based research platform Smartkarma.

This, Hazari, points out, is because, of a Bombay High Court ruling in 2015, which requires that a whole-time director for a bank needs to be jointly recommended by both promoters [Rana Kapoor and the survivors of Ashok Kapur]. It is well known fact that both families have not agreed on a lot of issues, so far.

Another option could be that the CEO is picked from the current board of directors. While Kapoor would cease to be CEO, it is unclear whether Kapoor will continue to serve on the board.

According to the Articles of Association of Yes Bank, Rana Kapoor has a non-retiring board seat and can thus, continue as a director of the board of Yes Bank. “That being the case, the fear is that Kapoor could remote manage the new CEO,” an analyst said, declining to be named. Alpesh Mehta, analyst at Motilal Oswal Securities however believes that Kapoor may also take up the role of non-executive chairman of the bank and handhold the management transition.

Nomura analysts Adarsh Parasrampuria and Amit Nanavati on Friday downgraded the Yes Bank stock from ‘Buy’ to a ‘Neutral’ due to a range of issues, including “investor doubts about the reasons for RBI’s concerns on Kapoor continuing and the need to raise growth capital in these uncertain times.”

“The bank grew by leaps and bounds under the leadership of Rana Kapoor. In this backdrop, the RBI’s reluctance to extend his term is surprising and poses an immediate challenge for the bank,” says Kunal Shah, analyst at Edelweiss Securities. The board of Yes Bank is set to meet on September 25, to decide on the future course of action.

Kapoor’s leadership had come under scrutiny after the RBI said the bank had reported lower non-performing assets in FY17. The RBI, as part of its annual risk-based supervision exercise in 2016-17, asked the lender to report gross non-performing assets (NPAs) of Rs 5,891.6 crore against the Rs 1,072 crore that the bank reported, resulting in a divergence of Rs 4,813 crore. There was also a divergence in provisioning of Rs 1,535 crore.

The bank finally reported an ‘adjusted’ lower net profit of Rs 23,161.28 crore, after taking into account the higher provisioning. The commentary from the bank, in while speaking to analysts, suggests that FY18 divergences will be materially lower, as the bank has had time to resolve or recognise stressed assets by the cut-off date for FY18 divergences, which was not the case for FY16/17.

Alpesh Mehta, analyst at Motilal Oswal Securities said that Yes Bank “had earlier announced its intention to raise capital over the next one year; however, that may now get delayed due to pending management transition and clarity on business performance. This will thus have an adverse impact on the bank’s growth ambitions in the near-term.”

This is the second case where the RBI has decided to play a role in determining the tenure of a chief of a private bank. The recent case being Axis Bank’s CEO Shikha Sharma, where RBI asked the bank’s board to reconsider their decision to give Sharma a fourth three-year term. Sharma, who was set to continue till 2021, will end her term on December 31, 2018.

Tweets by @forbesindia
Art galleries: Homing in on heritage
Zorawar Kalra: World on a platter