The effects of culture on marketing effectiveness

Marketers need to map their strategies to national cultures

When marketing home mortgages to immigrant communities, should you vary your messages?

Clearly, national culture affects consumer financial decision-making, but to what extent? And what does that mean for financial services marketers? 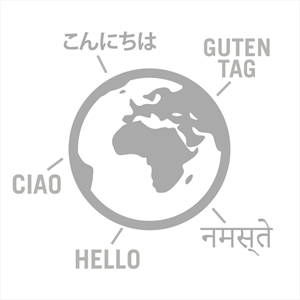 Those questions are answered by UNC Kenan-Flagler marketing professor Tarun Kushwaha and J. Andrew Petersen, formerly of UNC Kenan-Flagler and now at Penn State, and V. Kumar of Georgia State University, in “Marketing Communications Strategies and Consumer Financial Decision Making: Role of National Culture,” published in the Journal of Marketing.

Studying cultural differences in consumer financial behavior is challenging.
Financial services companies are heavily regulated and rules vary from one nation to another. Overall economic conditions, the competitive landscape and other factors also vary from country to country. Teasing out the effects of culture on marketing effectiveness in different countries is almost impossible.

But the researchers had access to an unusual data set that allowed them to focus on the impact of culture. A multinational financial services firm in the United Arab Emirates – where more than 80 percent of the population is made up of immigrants – provided access to the data which contained information about customers’ national origin.

It also included information on marketing efforts targeted toward each customer and the value of various asset and debt accounts (savings, credit cards and so forth) for each customer over a three-year period.

With that information, the researchers could examine how people from different cultures responded to marketing efforts and how their spending, saving and borrowing were affected. They also could estimate the return on investment from different marketing efforts, providing an unusually precise measurement of how much culture matters.

“We found that culture matters, and we found that this financial services firm wasn’t doing anything about it,” Kushwaha says. “With our research we’ve provided a little bit of a road map about how you can actually measure the effect.”

The research has implications for firms entering new countries, which might want to modify their brand marketing messages to better fit cultural proclivities.

It also suggests that marketers should pay attention to culture in places with diverse immigrant populations and when marketing specifically to immigrant groups.

In this context, masculinity isn’t referring to gender – it’s connected to an emphasis on goals, aspirations and achievement. Previous studies connect these dimensions to specific countries, so the researchers could classify consumers as high or low in the dimensions based on their country of origin.

Researchers then looked at financial behaviors: savings rates, spending rates and credit use, and linked those behaviors to the cultural dimensions.

Strong long-term orientation is tied to higher savings rates, strong masculinity to higher spending rates, and strong uncertainty avoidance to lower credit use. They also classified marketing efforts based on whether they aligned or conflicted with customers’ cultural tendencies.

What marketing worked and why
The researchers discovered that when marketing messages were aligned with consumers’ inherent cultural traits, they were very effective at changing behavior and resulted in a high ROI for the financial institution.

When they weren’t aligned, changes to behavior were lower, as was ROI.

For example, spending about $20 more on marketing savings products to consumers from cultures with strong long-term orientation caused their savings rate to double.

Spending $20 more on marketing credit products to consumers from more masculine cultures led to a doubling of the use of credit. That same increase in marketing on people who ranked highly on uncertainty avoidance, though, hardly affected their spending at all.

And, importantly, the magnitude of the effects is quite striking.

“The ROI on marketing is significantly higher if the firm actually markets to people where they’re intrinsically more likely to like the product,” Petersen says.

The study not only puts concrete numbers on the importance of culture, but also suggests a roadmap for marketers who want to harness culture to magnify the impact of their efforts.


The work has potential applications both for marketing in a specific country with specific cultural traits, as well as marketing to immigrants.

Kushwaha points to the example of American automakers entering the Chinese market. U.S. consumers are willing to go into debt to buy luxurious cars. Chinese consumers, however, resist accumulating heavy debt. Car makers will need to find pricing and distribution models that are less dependent on debt.

First-generation immigrants tend to retain many of the same cultural characteristics they grew up with, even after living in a different country for many years, Kushwaha notes. Their children, especially in a country like the United States that encourages assimilation, are more likely to behave like typical consumers in their adopted country.

“You cannot change people’s culture,” Kushwaha says. “The best that businesses can do is essentially map their marketing structures to the culture.”

Tweets by @forbes_india
'Cognitive handicaps' in the realm of consumer privacy
Holacracy, managerless offices and the future of work