Should companies get debt or get out of it?

Debts incur a cost to the firms that is lower compared to the cost of other sources of funds, as interest is tax deductible 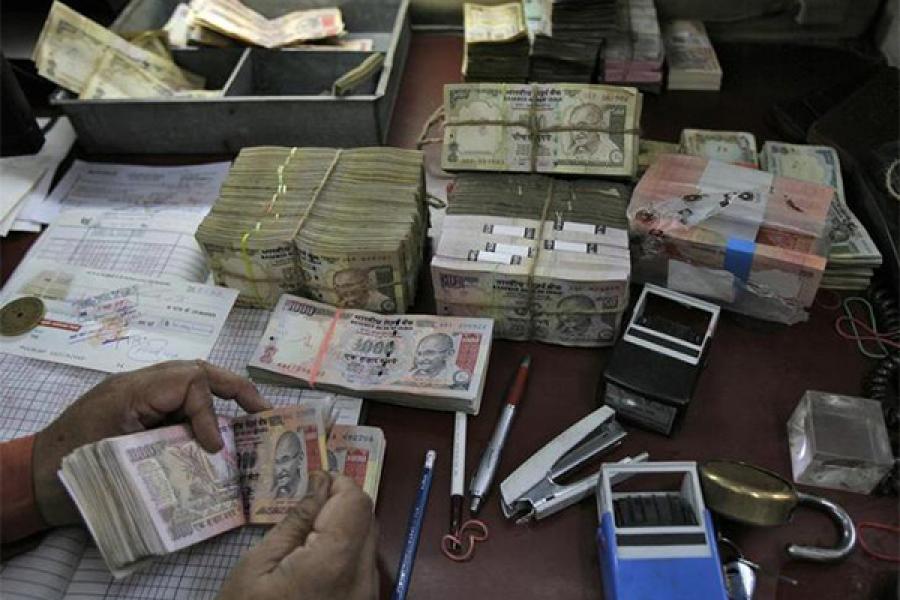 Image: Mukesh Gupta / Reuters
Growth in the revenues will only be able to sustain the debt cost and if it does not happen, then the debt will seem to be an insurmountable mountain

Funds are required in a business right from its inception stage, with its requirement increasing as it grows. Every business needs funds to finance the purchase of assets, materials and for employing people. A business has day-to-day expenses also to be paid for, like from paying a supplier for raw materials, paying the employees to buying office stationery. The cash flow through sales may take some time before it generates enough to pay for these expenses. As a business grows, long term investment will have to be made for generating quicker, more efficient and greater quality products and services for which funds are required as well.

Debts incur a cost to the company in the form of interest. However, this cost is lower compared to the cost of other sources of funds, as interest is tax deductible. Therefore, availing debts in an organisation is cheaper and at the same time, does not dilute the ownership. Thus debts put fewer burdens on the profits of the company and helps increase the bottom line. So monies borrowed from the lender are put in the business to generate profits for the shareholder.

Between 2008 and 2012, when Indian companies had lined up aggressive capex plans, total debt grew by 23 percent annually. Until 2013-14, the long-term debt of 966 NSE-listed companies had soared, growing at about 30 percent annually. But as of March 2015, the growth in total debt of NSE-listed companies fell to 5.8 percent. If debt was a cheaper source of finance which could improve the profitability of a company, why was there a contrast to the trend seen in earlier years? That was because the companies took on significant loans with the intention of increasing their capacities, but were unable to do so.  Fixed assets of these companies — for which debt was raised grew just by 15 percent. The slowing down of the economy did not motivate the businesses to make more investments. Sales for India Inc were flat in 2014-15, thus putting a lot of pressure on its bottom line when the fixed interest charge had to be paid.

So should companies take debt at all? There is no one definite answer to this question. Debt is definitely an inexpensive source of finance when compared to equity. But it should be acquired and used diligently.  With the use of debt, the company should grow in terms of revenue and cash flows.  Growth in revenues will only be able to sustain the debt cost and if it does not happen, the debt will seem to be an insurmountable mountain which may at times lead to the closing down of the business, as recently seen in the case of Kingfisher. It was seen in the market crash of 2015 in the country that most of the debt-laden Indian companies were badly beaten. Sluggish growth in the economy could not provide adequate returns to pay off the interest on the debts. This left the companies with no profits to plough back into the business and they borrowed further to run the business and pay off their operating costs. Thus debt started piling and the interest on these debts started accumulating. The prolonged slowdown further aggravated the problem and in spite of having normal sales, the companies could not make enough profits for the shareholders.

Thus a company with lower debts – a low leveraged company - may be able to do better when the demand is weak. It will have a lower interest burden which will enable it to pay off even if the revenues are low.  However, the heavy debt company may turn from bad to worse. When the economy revives and the demand increases, a high leveraged company is able to give better returns to the shareholder. This is because the revenues are far beyond the fixed interest costs, which is called the leverage effect. However, with an increase in revenue, the borrower should also anticipate any increase in the operating costs before borrowing.  This would help them predict whether the profits will be able to bear the fixed amount of interest incurred during the period. Therefore, debts being cheaper can essentially drive the business without losing equity, but it depends on the company to draw the line and decide whether to take the risk of getting debts or getting out of it!

- Dr Sapna Malya is Associate Professor-Finance, WeSchool. She is a Chartered Accountant and MCom in Accountancy. At Welingkar Institute of Management Development and Research (WeSchool), she is a core faculty in Finance and a core team member of Entrepreneurship Management Program.