How many calls have you got from telemarketers asking you to change your mobile number? And how often have you been tempted to do so because your mobile company provides rubbish service? The only problem is that a lot of people have your number and switching numbers would mean a loss of networking.

But if number portability kicks in, customers will be able to switch operators without changing numbers.
The telecom industry is divided on the move to introduce it. New and smaller players can’t wait for it to be introduced while incumbents are lobbying against it. 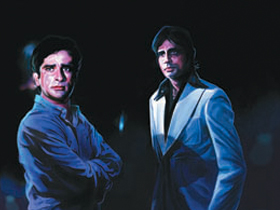 It is this creamy layer that new players are targetting. They believe their less congested networks will lure customers. It is not just new players who are waiting for number portability. Existing smaller players will also gain. Tata Tele Services will benefit a lot from number portablility by attracting customers by showcasing their best rated services in the business, says Llyod Mathias, chief marketing officer.
Experts question the logic behind new players stealing away customers from the incumbents. “How will portability help if you do not have basic infrastructure of your own? They can’t match the coverage the existing players have from day one,” says Nripendra Misra, former chief of Telecom Regulatory Authority of India.
However, incumbents do not share that confidence. They do not understand the reason behind pushing it. “Usually mobile number portability has been introduced when penetration has been upwards of 60-70 percent. We are currently running at 30 percent,” says Rajat Mukarji, chief corporate affairs officer, Idea Cellular.
But industry observers feel India’s 30 percent penetration is significant enough to justify introducing the service. “We must remember that we are a huge market and even at the present levels of penetration, larger than many other markets where the facility has been introduced,” says Prashant Singhal, telecom expert, Ernst & Young.
He also feels that aggressive marketing by new entrants will negatively impact the average revenue per user for everyone. “In urban areas, the market is going to come from existing players. The cost of retention will increase,” he says.
If you look at international markets, there’s hardly any reason to worry for the current players. Number portability has hardly made any difference. In Singapore the first year saw just 0.4 percent of users opting for portability. In the UK it has been only 5.4 percent.
Markets like Hong Kong were different where number portability took off really well in the first six months before dropping to 20 percent. Experts feel the situation in India would be similar. “Although we aren’t betting big on number portability, surely the new entrants stand to gain from the initial churn that would flatten eventually,” says Atul Joshi of Sistema.
A major beneficiary of this debate will be the customer as he gets better service, better rates and better network. What’s that saying about the cat running away with the prize as two monkeys fight?

Tweets by @forbes_india
Steel, off the shelf
When No One's Watching