Over the Counter, Over the Hill?

There has always been something secretive about financial derivatives. And some derivatives have been more secretive than others. Known devils like credit default swaps and collateralised debt obligations as well as many unknown, complex ones sucked in investors who didn’t know  how to value them.

Wall Street firms nevertheless whipped up the demand for these esoteric instruments.
Eventually they led to the worst economic downfall in 80 years. Many critics now want these products banned completely. But what if these exotic financial derivatives were actually listed on the exchanges like equity shares or bonds? Would that help in protecting investors? 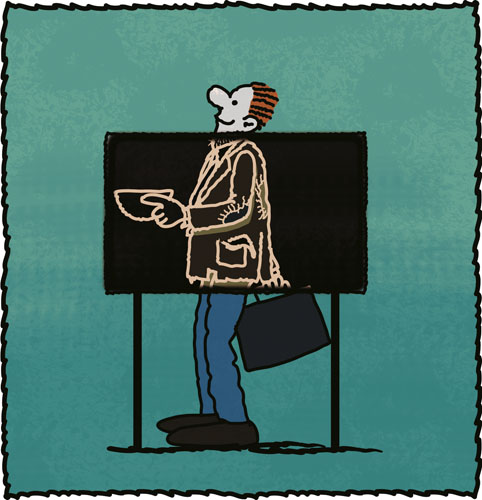 Image: Vidyanand Kamat
The simple answer is yes. Had these complex derivtives been standardised and listed on the exchanges there would have been early clues on volatility and liquidity positions. “All this information would have helped credit risk agencies and other analysts to value these securities prudently. One of the biggest problems with these securities was valuation and understanding counter-party risk,” says Ashish Gupta of Credit Suisse India.
An estimated 1,000 different product designs are floating in the system with a combined market value of $6 trillion. Getting them onto the exchange platform will be tough. Many existing instruments are so complex that it would be very difficult to move them to exchanges immediately. But new products must be easier to list.
Ajay Shah, an economist with the National Institute of Public Finance and Policy, agrees that exchange traded derivatives would help in deciphering information. “But for all this to work we need contract standardization. This can be encouraged by the government but not forced”.
The history of financial products shows that many products begin life being traded over the counter — bought and sold informally between contracting parties. Mutual funds have now evolved into exchange traded funds and currency markets that were traded as forward contracts have moved to exchanges in the form of currency futures.
In 2007, Eurex AG made an attempt to start standardised exchange-traded CDS contracts. The products failed to take off because the biggest investment banks refused to participate in the exchange. These banks were trading $15 billion worth of CDS contracts on a daily basis. “Not listing these products actually gives these people an opportunity to make more money and thus they would not like to participate on an exchange,” says Paul Hoff, Asia Pacific managing director at FTSE group.
OTC products have unlimited flexibility in their contracts and are non-transparent. It suits many traders. But a big problem is counter-party risk. An exchange basically assures a trading partner that it will get the other side to honour the commitment. That is absent in OTC products.
A sobering thought: A well known writer of some of the most known derivative books feels that it is not a good idea to trust the exchange so much. “If these products were exchange listed, would the crisis be avoided? I don’t think so. May be we would have got the feelers earlier. But information can also be hidden from the exchanges.”

Tweets by @forbes_india
For a Bigger Slice
Keki Gharda: 'I Haven't Cooled Off'