They help a lot of people wriggle out of tight corners, but Indian law firms find themselves in a narrow regulatory hole 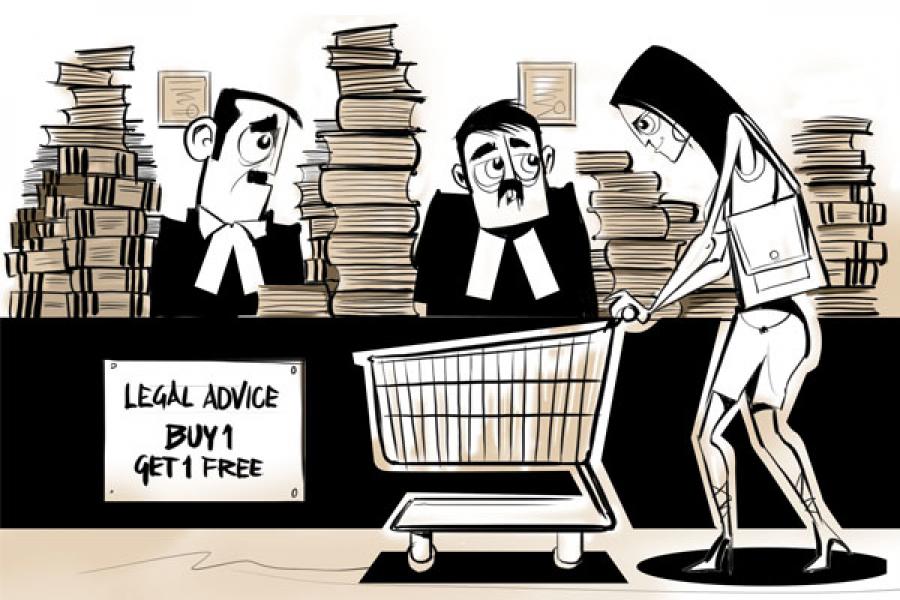 On May 21, 2007, the global legal market changed forever. Australian firm Slater and Gordon became the first publicly traded law firm in the world and raised A$35 million on the Australian Stock Exchange. The UK will soon follow suit. The Legal Services Act is due to come into effect in 2011 and will allow law firms to sell themselves to private equity or float on a stock exchange. So what would be the impact if such a “Big Bang” deregulation happened in India’s fledgling legal industry?

According to RSG Consulting, a UK-based legal consulting firm, India is the most dynamic legal market in the world, with many law firms citing growth targets of 300-500 percent over the next few years. Currently, the market size is estimated at $800 million and almost every week there are breakaways from established law firms by individual corporate partners, to set up their own firms. In addition, many Indian law firms are being watched closely for their innovative models.

But the industry is governed by restrictive legislation and funding remains an issue. Currently Indian firms are structured as partnerships, this means that they have unlimited liability which can be a huge deterrent when seeking debt from banks. “An investment would definitely help Indian law firms. It will bring in cash and allows them to have high quality firms by expanding their practices,” says Ramya Hariharan, partner, Argus Partners, a Kolkata-based law firm.

Most analysts predict the greatest impact on the UK legal services market will be felt below the surface. For instance, the Act allows for non-lawyers to buy up to a 25 percent stake in a law firm.

“You can have accountants in-house, and they can share your profits — that’s essential. It immediately lowers our cost structures and makes us more efficient as businesses,” says Akshay Chudasama, a partner at J. Sagar Associates, one of India’s leading corporate law firms.

The second stage of the UK law will kick-off next year. Also called the “Tesco Law”, it allows law firms to reorganise their structure; not only can they list on the stock market, they can also sell their shares and even merge with other businesses just like companies.

So in short, private investment means even supermarkets like Tesco in the UK can potentially sell legal services to their customers. “They’re going to make a play for consumer law and that’s a massive threat to the high street law firms,” explains Nick Jarrett-Kerr, a leading UK and international advisor to law firms on leadership, management and strategy. If this aspect of the Legal Services Act were brought to India, retail companies such as the Future Group could choose to sell legal services via Big Bazaar and potentially prove a threat to Indian law firms.

“It’s a paradigm shift,” says Chudasama. “It’s a move away from the conventional thought process that you are a professional service provider to recognising that you are a business and you require capital from time to time.”

But most analysts feel India’s legal sector isn’t ready for such legislation. “It’s ahead of our time,” says Atul Sharma, founder partner, Link Legal. The Indian Partnership Act maintains a 20 partner limit for law firms — a severe detriment to growth.

Also, lawyers are not allowed to be managing directors, a deterrent to the process of corporatising. Established players are anxious about a lack of clarity over key governance areas such as sharing of common gains, legal jurisdiction and taxation.

Tweets by @forbes_india
Sean Blagsvedt: After India, I Think Cities in the US Are Alien
The Adventures of BPCL