Khadi: A fabric, with love

If khadi could sing, it would be humming a new tune, but with centuries-old notes 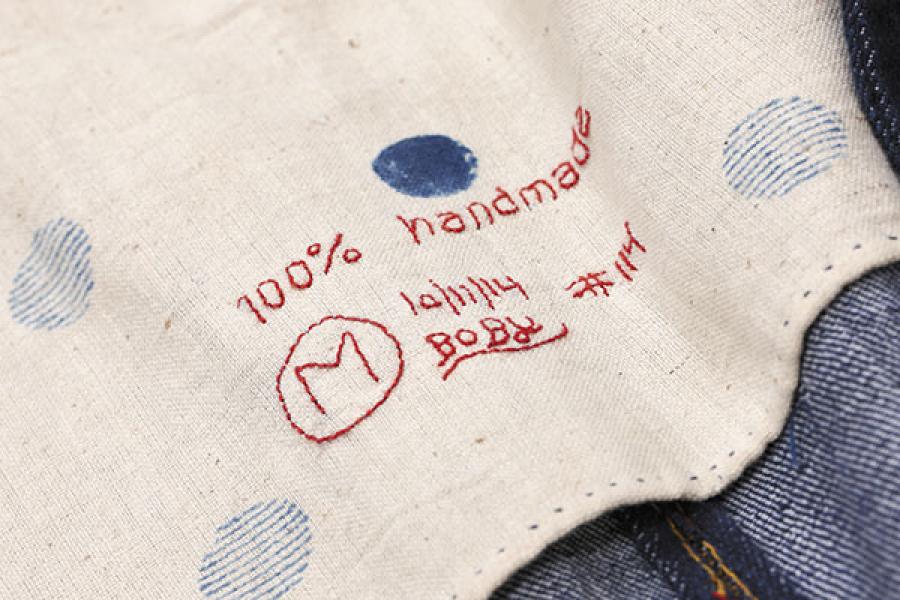 Each garment from 11.11's 100% handmade line is stitched by a single artisan and signed

Different designers fall in love with khadi for different reasons. Some love it for its feel, some for its texture, some for its origin, and some for its usability. Common to them is a passion to create something beautiful with a fabric made entirely by human hands.

The appropriation of khadi by India’s independence movement had indelibly branded the fabric with more than just patriotic sentiments: The government of independent India stepped in to preserve and promote the fabric, and the eco-system that produced it. For centuries before Mahatma Gandhi decided to take to the charkha to defy British-made textile and for the decades since, khadi has been the fabric of the nation, both literally and metaphorically. However, its popular image, at least in urban India, has come to be dominated by the government-controlled khadi bhandars, housed in their sleepy and dusty high-ceilinged shops.

In the recent past, as Indians have found their feet in the international arena, khadi is being used to give shape to evolving sensibilities. It has broken out of its patriotic straitjacket, but remained true to its philosophy. The designers who believe in this philosophy are moulding their work practices around khadi’s laborious production process, while shunning mainstream demands of the fashion industry. We spoke to a selection of these designers to understand what appeal the fabric holds for them. 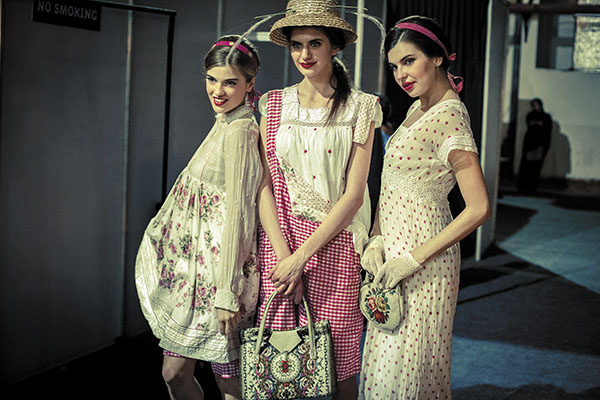 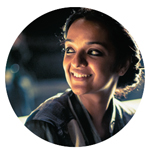 Aneeth Arora
Brand: Labour of Love (from Péro)
Aneeth Arora realised the limitations of the kinds of fabric available in the market while working on her final collection as a student of the National Institute of Fashion Technology. Urged to learn more about textiles themselves, Arora did her post-graduation in textile design at the National Institute of Design and began to work directly with weavers. Sourcing her fabrics largely from New Delhi, West Bengal and Assam, Arora seamlessly blends traditional Indian weaving techniques with Western design sensibilities, creating pinafores, fluid pants and voluminous skirts that are layered and patched together. Her colour palette is dominated by indigo blue, charcoal and brick.

“We can definitely say that today khadi is going through a revival,” says Arora. “However, it has been kept alive by thousands of weavers through the decades after independence. In those years, few people got to know the work that was being done in khadi because of limited exposure. It is just that today we see more of it in the media and are becoming aware of the ways in which it is being used.” 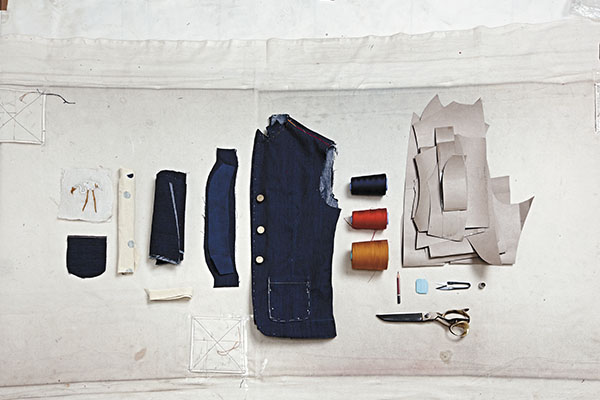 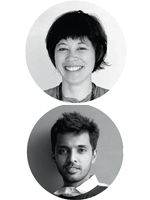 Shani Himanshu & Mia Morikawa
Brand: 11.11
Himanshu and Morikawa started 11.11 in 2009 and have designed a line of khadi denims, having created the fabric in collaboration with Arvind Mills Ltd, Ahmedabad. Khadi denim is made from kala cotton which is organic cotton growing in the wild. Once the khadi denim fabric is off the loom, it then goes for natural indigo dyeing. The final product is “100 percent handmade with no negative impact on the environment”, says Himanshu.

“Our soul went into how things are made and we started to focus on khadi and other handwoven textiles of India. We use the traditional techniques that have been in existence for many years and apply it on western wear,” says Himanshu. “There is a kind of peace about the work that translates into actions and also the final outcome, where the fabric looks beautiful. It is a labour of love. It’s about human beings working with nature and transforming this natural material into wearable cloth. It’s a simple process but there are different layers.”

Khadi denim is one of the main anchor textiles of 11.11 / eleven eleven and it only gets better with age. 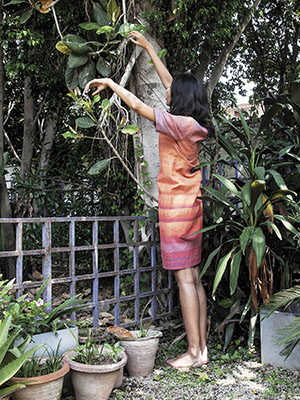 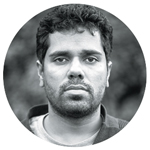 Gaurav Jai Gupta
Brand: Akaaro
Gaurav Jai Gupta finds himself at a loss of words whenever he is asked why he works with khadi. “And I have been asked this quite often,” he says. “Recently, I got a kind of handwoven wool, and just feeling it in my hands gave me goosebumps. That is how something that is handmade makes me feel.”

Gupta’s label Akaaro, started in 2010, is an example of global design sensibilities created from India’s tradition of handicrafts. “When I sell my garments abroad, I don’t label them as khadi. They are just beautiful clothes made from the best fabric you can get,” he says. “And the people who buy these don’t need to be educated about the significance of handmade fabrics.” After having travelled widely, he believes khadi is the best fabric that can be made. “Nothing comes close. Nothing.”

Gupta does not believe that the fabric is currently going through a revival. “Can anyone revive Indian classical music or Bollywood music?” he asks. “These have been around for hundreds of years, and a few people can’t claim to revive it. In the decades after independence, we were still looking to the West for approval. But it is only now—for the past 10 or 15 years—that we are becoming confident of who we are.” 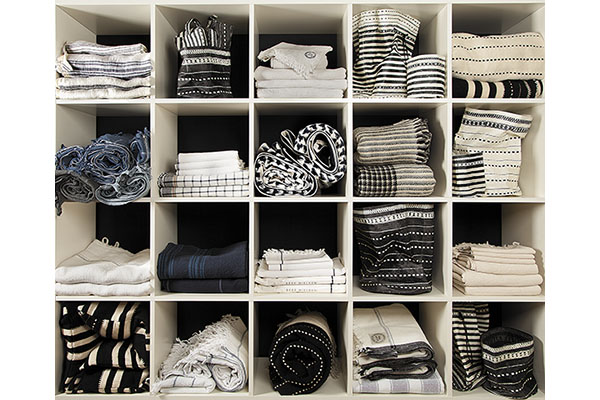 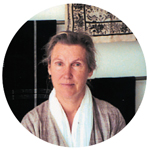 Bess Nielsen
Brand: Khadi and Co
Bess Nielsen, a Danish designer, began working with khadi after being influenced by Mahatma Gandhi. To a young Nielsen, Gandhi and Jawaharlal Nehru dressed in white came to symbolise India. “Then I began to read about his [Gandhi’s] life, and the concept of gaining independence through a fabric was mindboggling. This idea became the real thread in my profession as a designer,” she says.

Nielsen, who retails out of her shop Khadi and Co in Paris, believes that working with khadi needs you to have a special love for it,  and its philosophy. “Because it takes so much work to get a special, beautiful result that the world can accept,” she says. “And you also have to tell the story behind the fabric, for the few who want to listen or read.”

Positioning the hand-spun and hand-woven fabric as artisanal luxury, she only selects the finest of fabrics for her designs, and prefers to leave the cotton garments in their natural white colour. 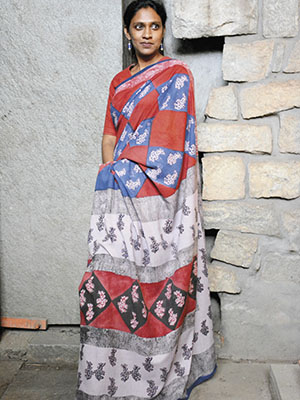 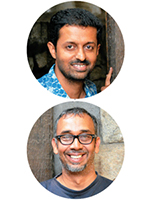 Ravi Kiran & Chandrasekhar
Brand: Metaphor Racha
Ravi Kiran and Chandrasekhar don’t categorise themselves so much as designers as craftsmen. They are passionate about working with khadi because they believe that when there are so many pairs of human hands involved in its production, it does not need any more value addition.

The four-year-old brand is fiercely local, concentrating on the Kannada variant of khadi that, traditionally, has been used to produce towels and lungis. “There is an abundance of locally available resources and they need to be utilised as much as possible,” says Chandrasekhar. “It is also easier to communicate with the back end since we speak the same language.” Working locally is also aimed at keeping the craft alive: “Craftsmen are moving away from the rural context. We are trying to hold them back, and provide them with opportunities.”

Unlike its fine counterparts from Bengal, khadi from Karnataka is coarse. Innovation, therefore, lies in the visual appeal of the fabric. Intervention from Kiran and Chandrasekhar takes place at the technical level, managing, for instance, the density of the fabric and colour combinations. 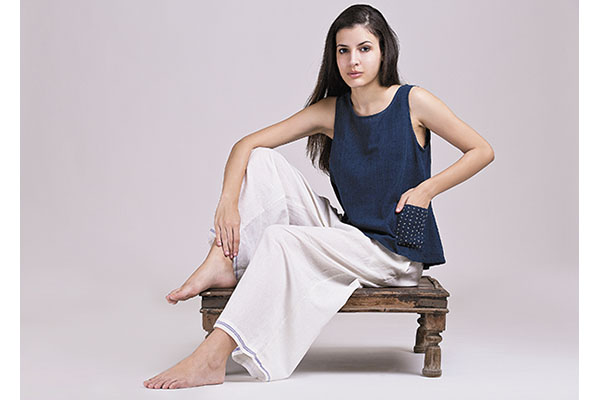 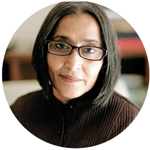 Neeru Kumar
Brand: Tulsi
Neeru Kumar has been weaving on the loom for nearly 30 years, developing her own language in the use of the yarn and handloom fabric. She has worked with (non-violent) tussar silk since 1984-85. “But around 1995, I wanted to do clothing that was simple and user-friendly,” says Kumar. “The fact that I could get it custom-made was one of the major reasons for choosing khadi… I could develop whatever colour, weight, yarns I wanted. And hand-spinning and hand-weaving have always been of interest to me, so I took to khadi.”

The fact that the process of making this beautiful fabric and the handmade collection generated employment for women was an added reason to use it: “Most of the hand-spinning is done by women. We were able to use their skills in whichever way we wanted to.”

Kumar feels that Indians have taken this fabric for granted. “But it’s only khadi”, is a comment that she has faced repeatedly. “This is a fabric which is 100 percent handmade, which no one else in world can make and is the most luxurious fabric that one can use,” she says passionately.

Tweets by @forbesindia
For Karan Johar, his work is also his play
ICICI Bank Q1 net profit up 12%