What happens when the same investors own everything?

Since their creation, index funds have allowed investors to diversify their holdings at a low cost. But according to research by Yale SOM's Florian Ederer, all of that diversification has a surprising side effect: in many industries, companies are owned by an overlapping set of investors, reducing their incentive to compete. 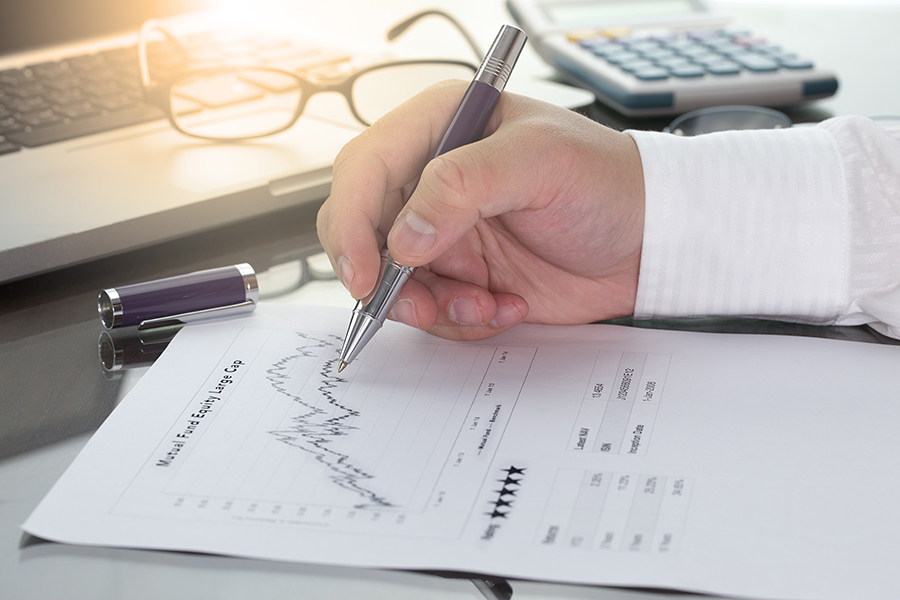 In 1973, Princeton economist Burton Malkiel—later a professor and dean at Yale SOM—made a then-radical proposal: that investors should stop trying to pick winning stocks.

In his book A Random Walk Down Wall Street, Malkiel wrote, “A blindfolded monkey throwing darts at the stock listings could select a portfolio that would do just as well as one selected by the experts.” He suggested that a fund that held every constituent company in a benchmark stock index could match the market’s broader return, but with much lower costs than an actively managed fund.

Beyond the low costs, one benefit of indexing is that such funds are hyper-diversified. The virtue of maintaining a mix of assets that are minimally or negatively correlated with one another—one zigs when another zags—was lauded as long ago as the 1950s, when Harry Markowitz, who went on to become a Nobel laureate economist, developed what came to be called Modern Portfolio Theory. Markowitz and many others since have shown that a properly diversified portfolio is likely to produce greater returns over the long run for a given amount of risk, or the same returns while incurring less risk.

But the omnipresence of index funds, and the diversification that comes with them, has another side effect, according to research by Yale SOM economist Florian Ederer and a group of co-authors. In many industries, there is a large degree of common ownership; that is, large investors like investment management companies—and you and I through those companies’ index funds—are likely to own not just some part of a given company but also shares of many of its competitors. For example, the study notes, two of the biggest managers, BlackRock and Vanguard, are each among the top five shareholders of almost 70% of the largest 2,000 publicly traded American companies.

Economic theory predicts that companies that are owned by an overlapping set of investors will be less inclined to compete aggressively against each other and more likely to take actions that maximize profits across the entire industry.

“A firm by itself could be better off if it adopted a more aggressive strategy,” Ederer said in an interview with Yale Insights. “But collectively, as an industry…if you have more common ownership, the shareholders are going to care more about profits of other firms. We show that managers  have incentives to internalize shareholders’ incentives in the decisions they make.”

So how do owners nudge companies toward less competitive behavior vis-à-vis industry rivals? One way may be through executive pay. Companies in industries with a large degree of common ownership tend to give executives higher pay and fewer performance-based incentives—perhaps because large institutional investors are more inclined to approve such pay packages. (By contrast, activist shareholders, who generally own large amounts of one firm and not its rivals, often push companies to tie pay more strongly to relative performance.)

“Specifically,” he added, “common ownership causes higher base pay and managers to be rewarded less for own performance, but more for the performance of their rivals.”

“We know these asset managers have a good effect,” Ederer said. “They tend to introduce good governance. [But] at the same time they have an incentive to lessen the competition among those firms.” They do that, he said, “by actually not doing so much, that is by not pushing for more performance-sensitive pay.”(Florian Ederer is the Assistant Professor at the Yale School of Management. Views expressed are personal.)

Tweets by @forbes_india
PE investments in India at a five-year low after 22% decline in Q1 2017: Report
Zensar Technologies: On the digital highway