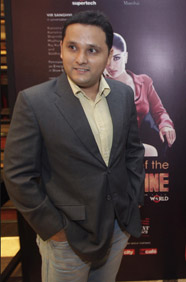 A devoted Shiva follower himself, all of Tripathi's books are based on religious topics. He's known for marketing his books aggressively. According to him, it is a fallacy to assume that a good book sells on its own. Tripathi, who is an IIM-Calcutta graduate, originally wanted to be a historian but chose a career in finance as he couldn't afford to be a historian. After 14 years in finance-where he worked with Standard Chartered,
Fast Fact: ?Tripathi also released trailers of his books in theatres and on YouTube. He believes that the audience for movies and for his books is the same.