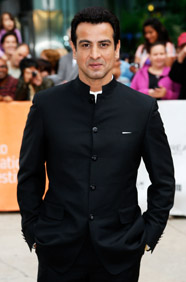 Having worked in saas-bahu soaps like Kyunki Saas Bhi Kabhi Bahu Thi and Kasauti Zindagi Ki, Roy has attempted a different genre with his role as Advocate KD Pathak in Adaalat that has been running since 2010. In 2013, he starred in various other movies like Boss and Shootout at Wadala and has been cast in the upcoming movie, 2 States, which is based on the book by Chetan Bhagat.
Fast Fact: ?The character played by Roy in 2 States is said to be inspired by Chetan Bhagat's father.