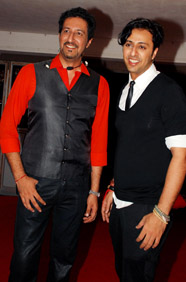 Once called proteges of filmmaker Karan Johar, the brothers Salim and Sulaiman Merchant walked out of the producer-director's forthcoming Ungli in August, reportedly over creative and royalty issues. Sons of composer and Telugu film industry veteran Sadruddin Merchant, the siblings had two releases in 2013: Rabba Main Kya Karoon and Satyagraha (the film had four composers)-but neither made big waves.
Fast Fact: ?They got their first break in the 1997 movie Hameshaa (for which they scored the background music) after director Sanjay Gupta, who was working in the adjacent studio, heard them composing music for an ad jingle.