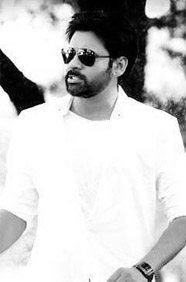 If Gabbar Singh (the Telugu remake of Dabangg), a huge hit last year, cemented Pawan Kalyan's top position in the Telugu film industry and the South, Attarintiki Daredi raised his stock further. By some counts, it's the biggest grosser ever for a Telugu film. When Pawan Kalyan made his entry into the film word in the mid '90s, there was scepticism about his long-term success. After all, there aren't too many instances when a star's kid brothers do well too, and he was holding the coat tails of Chiranjeevi. (Chiranjeevi held the top position in Tollywood, before he moved to politics full-time, launching his own party before merging it with the Congress. He is a Central minister now). Pawan Kalyan's entry turned out to be a huge success-his first film did well, the second, better and the third one was a blockbuster. A martial arts buff, he has spent some time in Japan to learn it, and has co-ordinated stunts for the movies. He is now busy with the sequel to Gabbar Singh.
Fast Facts: ?Pawan was born Konidala Kalyan Babu, and got the name Pawan for his passion for martial arts. He has a black belt in karate.