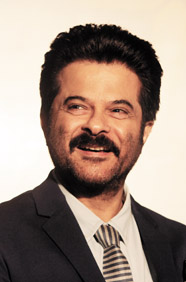 Anil Kapoor's role as Jai Singh Rathod in the Hindi adaptation of the television series 24 was widely appreciated by audiences (in the original American series he played President Omar Hassan). Kapoor has also acquired the Indian rights to the series for a rumoured Rs 100 crore. Judging by the first season, the show is on its way to go places. Along the way, he kept up his appearances in movies with Shootout at Wadala and Race 2.
Fast Fact: ?In January 2013 Kapoor became the first Indian actor to be invited for a special segment, 'In conversation', at the Toronto International Film Festival, an honour reserved for actors with a considerable body of work.