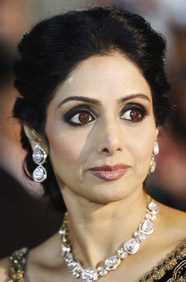 After a 15-year break from films, Sridevi had an incredible comeback with English Vinglish. After her performance she was hailed as the Meryl Streep of India. Sridevi has also been active in philanthropic work. In 2010 she donated $50,000 from the auction of a painting to charity. On the Tamil version of Kaun Banega Crorepati, she donated the proceeds to Little Flower School for special children in Chennai.
Fast Fact: ?In 2013 she was awarded the Padma Shri, the fourth highest civilian honour.