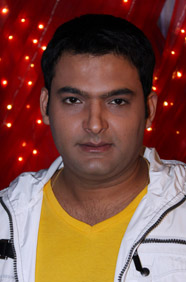 Kapil Sharma, who started his career with comedy reality shows like The Great Indian Laughter Challenge, Comedy Circus and Ustaadon Ka Ustaad, launched his own show Comedy Night with Kapil under his banner K9 Production. Aired in June 2013, the show has been extremely successful. Apart from that, Kapil has also hosted reality show Jhalak Dikhhla Jaa Season 6 and has made appearances in shows like Bigg Boss. He has been a subject of gossip after Sunil Grover, fondly known as Gutthi, left his show.
Fast Fact: The comedian faced a loss of Rs 20-22 crore after a fire broke out on the sets of Comedy Nights with Kapil.