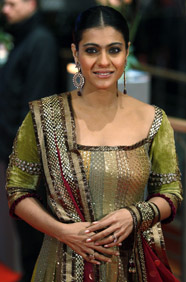 Over a decade after her marriage to Ajay Devgn and the birth of two children, Kajol as decided to take it slow. The release of Koochie Koochie Hota Hai, where she has done a voiceover, has been delayed. She's actively involved in social work. In 2012 she became brand ambassador for NGO Pratham, which works towards providing quality education to underprivileged children. She's also associated with Shiksha.
Fast Facts: ?In 2006 she was one of four Bollywood actors-the others being Shah Rukh Khan, Priyanka Chopra and Hrithik Roshan-whose miniature dolls were launched in Delhi under the name Bollywood Legends.