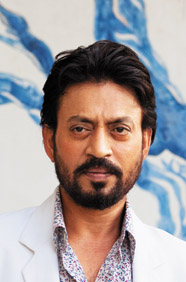 Irrfan is among Bollywood's most versatile actors. After being largely unnoticed in the 1990s, he got his break in the 2005 film Rog. Since then, Khan has done a variety of lead roles as well as supporting roles. He has also starred in international films like The Amazing Spiderman and A Mighty Heart where he played the role of a police officer. In 2011 Khan was awarded the Padma Shri. His notable releases in 2013 were The Lunchbox and D-Day.
Fast Fact: ?Khan is a meticulous researcher who stays up late at night reading at least one new script a week. He is constantly looking for new ways to play his characters.