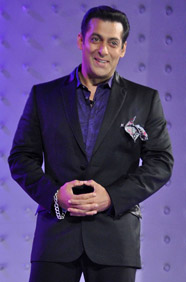 The thing about Salman Khan is that he needs to have fun. Whichever set he is on. And going by his popularity in the Bigg Boss house, be it the devil or the angel, or his performance in sequel Dabangg 2, Salman Khan is definitely enjoying himself. While the film did good business at the box office, Khan's fame rank has dropped; he was No. 1 in fame last year. This year he's been beaten by two cricketers, Sachin Tendulkar and MS Dhoni.
Fast Fact: ?Salman Khan's philanthropy initiative Being Human has found some common ground with his brand endorsements. Earlier this year, Suzuki launched a special edition Being Human Access scooter.