For our seventh anniversary, we pick companies which created value by doing a few things right

No matter how good a company or its top management is seen to be, the ultimate test of efficiency is around how much value they have been able to create for their shareholders. If a company, over a period of time, fails to generate healthy returns for shareholders, there is every possibility that the markets will vote with their feet and ensure it learns its lesson or falls by the wayside. There are enough such examples around the world and, of course, in India. 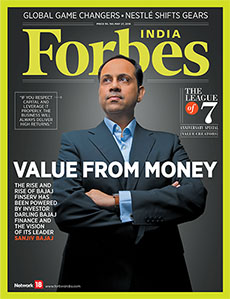 As chroniclers of entrepreneurial success, we at Forbes India decided to pick shareholder value as the theme for our seventh anniversary issue this year. The stories you will read in this special issue are of those companies which, over a five-year period, have delivered handsome shareholder returns by doing a few things right. We considered companies which have generated the highest compounded annual growth rate (CAGR) in market capitalisation over five years and selected seven of the top 50 to deep-dive into. These seven have been chosen not in any particular order, but more for the manner in which their leaders have navigated them through the years. By way of a mix of operational and cost efficiency, a keen focus on sustainable profits and by underscoring the importance of the judicious use of capital, these seven companies and their leaders have demonstrated that if you focus on some of these basics and continue to be bottomline-driven, the markets will value you and that, in turn, will be in the best interests of shareholders.

As Senior Associate Editor Pravin Palande, who anchored this issue, says: “In nearly all cases, the promoters have proved critical in the improvement of fortunes, constantly thinking of different ways to stay ahead of competition.” Take the case of Sanjiv Bajaj’s Bajaj Finance. By focusing on differentiation, innovation and sustainable profits, Rahul Bajaj’s younger son has built an NBFC which is the toast of the markets—delivering a five-year CAGR of a staggering 71 percent—and powers the group’s financial services business, Bajaj Finserv. As Sanjiv Bajaj says, he doesn’t want his company to be a Ferrari, but more a Mercedes, delivering smart profits but with a reasonable size.

Tweets by @forbesindia
HUL manages to improve margins despite slowing sales growth
Personalisation in Marketing: How brands can get it right