Summer Holidays, they are A-Changin'

Summer holidays are no longer just about the hills 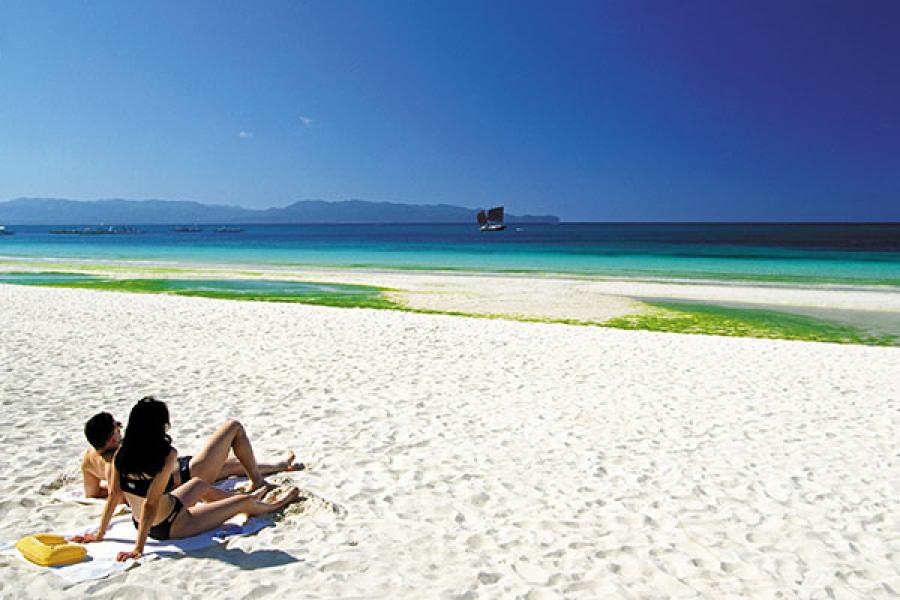 Way back in the 1970s, we took our summer breaks very seriously. The minute school was declared shut we would pack our bags and go north. From a long train journey to a nausea-inducing car ride, the final outcome was the same. We had to head to the hills till the harsh month of June was over and temperatures had dropped. Of course, since all of Delhi had the same idea, wherever you went there was no escaping the madding crowd. Even if you went as far as Gulmarg in Kashmir—not a chic ski resort then but, more charmingly, down at heel. One time, my parents bumped into very close friends who were evidently together, sans their spouses. The next morning they had disappeared but before they reached home the news was out and their marriages were over.

Come summer, everything was fair game as long as you stayed in the shade. That was then. Now the trend is to head to the beach and get a tan. Uber cool, young India refuses to be left behind when it comes to all things western and as a result “hangin’” by the sea has become the hip, urban thing to do. Girls in their bikinis and men in their checked shorts, skinny legs et al, with customary chilled “brewsky” in hand dominate the selfie landscape. And everyone is swapping notes on Facebook on how they got the best deal on their villa/airfare/adventure sports course. So much so that when you decide to visit Thailand, you find all the flights are full. Not with the old-fashioned sex tourist (though that never goes out of style); the majority is now the iPhone-toting world traveller chalking up yet another Instagram experience for his digital storyline.

I am told by old-time scuba divers that the traffic underwater in the Gulf of Thailand rivals Mumbai’s rush hour gridlock as everyone and their father has access to a PADI-certified course. Which means the already shy Manta Rays are quivering as another school of humans land in Koh Tao in hot pursuit of underwater sightings.

There is really no place like Thailand to have a great holiday. The concept of affordable luxury is inherent in the greeting sawasdee (derived from the Sanskrit svasti meaning well-being). You can get a great room for $100 per night. The food is amazingly good and the variety is fantastic. Take Koh Samui’s Fisherman’s Village. On our visit about six years ago, it had everything from a Barbie-inspired bar to the best thin crust pizza. Amazing sushi. Delicious Thai curry with beautiful fat-grained brown rice. The bars ranged from ye olde English pubs to super sleazy karaoke type with abundant lady boys. There was something for everyone. 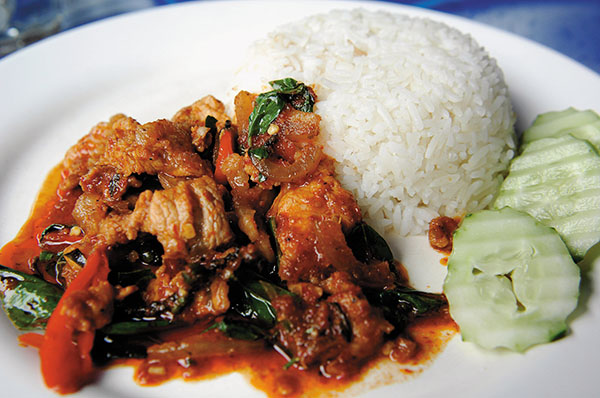 Of course, there are some downsides to being so tourist-friendly. The food tends to develop a certain blandness to suit all palates. The spice is moderated. The menu is wide-ranging and always has a hummus and a chicken tikka masala. Plus a full English breakfast—touted as a cure for the full English hangover—is available everywhere. From the simple coco hut to the choicest, most tony resort. My best Thai meal was in a dump favoured only by the local truck drivers. In a grotty part of town, next to a loading area, plastic chairs and tables had been lined up. The sum total of the staff included an old woman who cooked right in front of you while her numerous grandchildren ran around opening beers and refilling plates. I am not sure if my plate had ever been washed but the food was finger-licking good. And authentic like a good Indian dhaba. 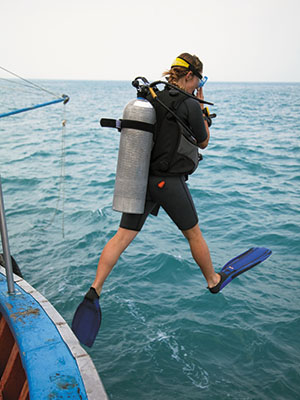 It is this honesty to food that puts our cuisine on top of everyone’s bucket list. From the samosa—often interpreted as the oilier version of a tempura—to the naan bread, many atrocities are committed in the name of Indian cuisine. But for some odd reason these restaurants are always brimming. In the backpacker paradise of Nha Trang, Vietnam, the Indian restaurant Ganga was packed even after the high season crush was over. The dal was the strangest I had ever tasted. Oddly enough, I found myself returning, in a short span of three days. I insist it was for the beer but, frankly, the service at an Indian restaurant is always homey, pleasant and efficient. The Kingfisher was an added bonus. I am still not convinced about Indian wine, but I will personally vouch for every single bottle of our lager.
Image: Getty Image
Scuba diving in Thailand’s Koh Tao is one of the most popular summertime activities

Most recently for the Chinese New Year, we went to the lovely island of Boracay in the Philippines. It had been badly affected during the typhoon last year. But within a few months it was back on its feet and running to full house. The islanders really love and respect their white sand beach. It is cleaned every morning and you are not allowed to smoke outdoors. Instead, you are welcome to take your filthy habit inside! Getting to the island is also quite easy. Fly to Manila and then catch a propeller engine flight to Caticlan. A short boat ride later you are delivered to your resort. I also liked Manila because they had a Tommy Bahama outlet in the airport. 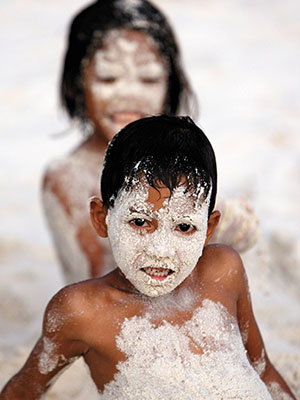 One of the greatest joys of travel is the wardrobe changes it requires. In the last decade, resort or cruise collections have become an important event in fashion calendars. No longer for the super rich and their jet-setting holidays, these collections target a lifestyle and are more commercial than the major fashion weeks. Comprising kaftans, walking shorts, floaty evening dresses, light linen jackets, brands such as J Crew, Banana Republic and Lily Pulitzer have built their fortunes on this trend. The accompanying ranges of accessories—from flip flops to sunglasses, to name a few—are an even bigger business because every time you head to the beach, it is compulsory to lose a pair of shades to the sea. Let’s not forget the beauty industry that tells you nothing is worse than the sun for the skin. As a result, I travel with at least three different variants of SPF (sunscreen)!
Image: Darren Whiteside / Reuters
White powder sand in the south of Manila

Closer home, designers like Wendell Rodricks, Shivan & Narresh, Malini Ramani and Sanchita Ajjampur own the space. And in 2010, Lakme Fashion Week decided to focus on summer/resort to allow for collections and seasons to be more concurrent with trend.
It really is summer’s moment in the sun.