The Trouble with Organised Retailing in India 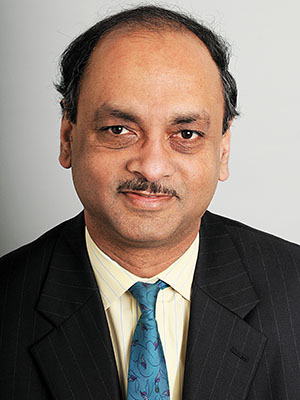 Rajiv Lal is the Stanley Roth, Senior Professor of Retailing at Harvard Business School. He has also been responsible for the retailing curriculum and has served as the course head for marketing, required study in the first year of the MBA programme. Professor Lal also teaches in several executive education programmes, has previously served as the faculty chair for the global management programme, and currently co-chairs the programme on ‘building and leading a customer centric organisation’. In this interview with Forbes India, he busts several myths related to Indian retailing.

Q. One of your recent articles for the Harvard Business Review was about how retail does not cross borders. What did you discuss there?
People have always been talking about globalisation of retailing. If you look at a lot of retailers, they have all gone abroad. Carrefour is in many places. Walmart is in many places. Tesco is in many places. And most retailers use going abroad as a way of satisfying their needs for growth because ultimately they run out of space and opportunity in their home country. Hence, in this paper we were just asking the question that these retailers have been going abroad for 25 years now, and what have they to show for it?

Q. What did you find?
It is not clear that most operations are actually profitable. Walmart has been in China for close to two decades and sales are at $9 billion. They are barely breaking even. Similarly in Brazil, Walmart took a long time to settle things down. Now I think they are making money. So, if you take a look at the experiences, I think you can see a few things. One is that a lot of retailers have gone abroad to pursue growth but many of them are not making money in those foreign markets. It takes a long time for them to really build sales which are of a sufficient size and that have an impact on the bottom line. But then you also see in each of these countries, and in each of these continents, the local players dominate. Then, of course, there are lots of examples of companies falling on their faces in foreign markets. Like the case of Walmart in Germany, Tesco in Korea, for example.

Q. Why is there a great rush among retailers to enter foreign markets?
The rush is simply because of growth. If you are a retailer in the UK, that market is growing at 2 percent. Most retail businesses increase by inflation plus the growth of the economy, and those are not sizeable numbers on which you can bet your future. But the emerging markets are expanding by leaps and bounds. The other interesting thing is that the suppliers of retailers are also in those markets and they are doing very well. Procter & Gamble, L’Oreal, Unilever, you name it. They have all been doing businesses in these markets and they are of a huge size. If you are a retailer, you think ‘if my supplier is doing great business there and I need to grow, why should it not work out for me?’

Q. In a previous interview you had said that if Cafe Coffee Day is not making money in India, how will Starbucks make money? Can you discuss that in the context of retail?
It’s the same thing for retailers; when Reliance cannot make money today in retail, why do we believe that Tesco will make money? India has no shortage of human capital. It provides a backbone in terms of information technology for the world. It has people who know real estate inside out, who know the environment, regulation and have the human resources. What is it that the foreign retailer will bring to the Indian context that the local retailer cannot provide? You are talking about coffee. I don’t think it’s a very proprietary technology to make coffee. Why do we believe that Indian retailers cannot succeed but the foreign retailers will succeed in India? I don’t see the logic.

Q. People say foreign retailers will bring in the intellectual capital.
What is the intellectual capital? There are many international retailers that have some of the IT needs being satisfied by Indian companies. And with respect to supply chain, people say that we don’t have cold chains. But cold chain is not a high-tech thing. It is not a spacecraft or something like that. Yes, India does not have a cold chain. But is it a matter of intellectual capital that is in short supply? Or are there other reasons? I would suspect that someone has not thought through the economics of setting up a cold chain. Let’s face it: In Mexico there is a cold chain and even Brazil has one. There are other emerging markets which have cold chains. If I was an Indian operator, all I had to do was go to these other emerging market countries and see what is going on there. Or hire somebody who is working in those markets and he can set it up for me.

Q. Why are the big Indian retailers losing money?
First of all, it is not clear to me in an Indian context, at least in food, that organised retail will succeed. The economics do not work out. If you look at the kirana stores, they operate at a gross margin of 15-18 percent. Now if you look at the cost structure of an organised retailer, it is far more than 15-18 percent. Unless organised retail can be set up in a way that they have a lot of savings in the supply chain, they cannot compete with the kirana store. 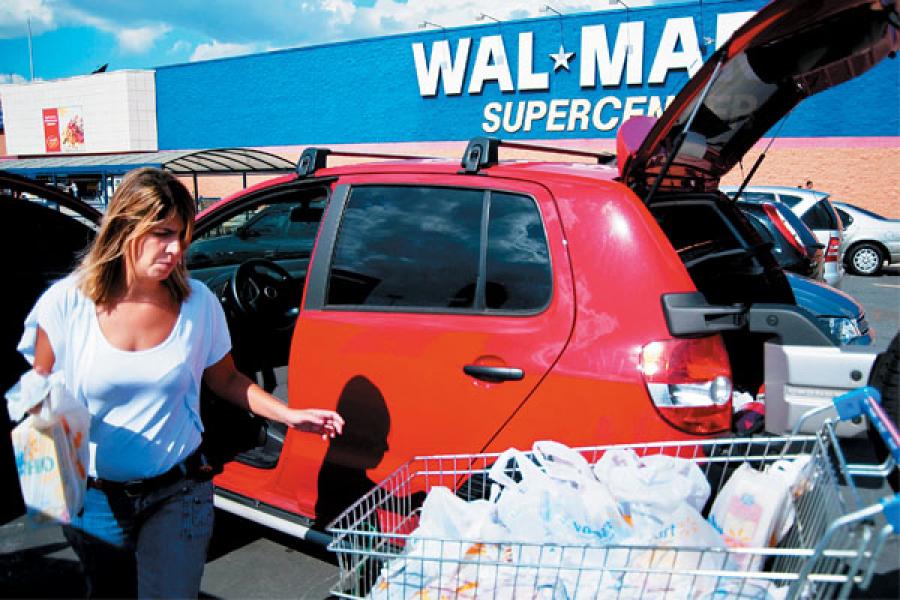 Image: Getty Images
Brazil is one of the few places where retailers are making money. The biggest lesson from Brazil is that organised retail has to come into being at the right time of the economic development of the society. If it is too late, then the costs of setting it up become too high
Q. But why is that? One would expect that as businesses grow, economies of scale would kick in.
But economies of scale where? If you talk about economies of scale at the back-end, how much money are you going to save if you go to a supplier and say I am going to buy so much versus what the wholesaler buys? You have a very strong wholesaler network in India. It is not as if people are buying directly from manufacturers because a wholesaler is an aggregator as well, who supplies to a huge set of retailers.

Q. So, in a way, a wholesaler is also like a big retailer—it is just that he does not sell to the end consumer?
Exactly. If you look at organised retail, at the cost of real estate, electricity, labour, energy, taxes, etc, these are things that the kirana store does not worry about. If you put that all together, it leads to a significant cost structure. On top of that, the infrastructure that we have limits the trading area for your store, and makes it very difficult for a retail store to be viable. I can come down the stairs and buy from a kirana store. You have to ask, what price difference would make me interested in taking out my car, paying for the parking and going to the retail store.

Q. What is the way out?
That is why when Mr [Mukesh] Ambani had said a few years back that we are going to put up a retail business from the farm to the final consumer, I thought that was a very imaginative proposition because you can save losses in the supply chain which you could then use to compete. But unless you are willing to set the whole thing up, organised retailing is not competitive. And I don’t know any organised retailer in the country today, which is either end-to-end or is making money. People always talk about turnover—very few talk about profitability.

Q. Do the retailers in Brazil make money?
Yes, they do. And the biggest lesson that I have learnt from Brazil has been that organised retail has to come into being at the right time of the economic development of the society. If it is too late, then the costs of setting it up become too high. If you consider the Brazilian example, when big stores started coming into play, the country was not as economically developed, so real estate costs were not high. Hence, if you start at that point of time, you can compete with the kirana stores because they have a lot of inefficiencies.

Q. In India, organised retailing came a little late?
Yes. Too late. In fact, in the Indian context, if you want big retail, you might be better off actually concentrating on the second and third tier cities, as a starting point. There the economics might work. But none of these people think about going into those markets. They want to be in the top tier markets catering to clientele which is more affluent.

Q. The way we have gotten around to allowing foreign retailers into multi-brand retailing is to allow each state government to make its own decision. One of the things that Arvind Kejriwal did after taking over as the chief minister of Delhi (he has since resigned) was to overturn the decision of the previous government to allow big retail in Delhi. Is there any other country which has worked in this way?
I have not seen any experiences where the states have taken the decision and that is simply because people have never seen organised retail as a threat to jobs per se. If you believe that jobs are threatened then it becomes a political issue. Why haven’t people asked the question that should we introduce auto-rickshaws because the [cycle] rickshawallahs are losing jobs? Should we not have introduced taxis because then the auto-rickshaw drivers are losing jobs? Every time you make changes there will be some disruption. The question is, is it at a scale where you should be that concerned about it?

Q. One of the threats that gets raised is that big retail will end up sourcing all its products from China and they will end up killing Indian products.
What are the Indian retailers doing? If your gods are being manufactured in China… during Diwali, if you look at your Lakshmi-Ganesh, it says ‘Made in China’. All I am saying is that without the presence of big retail, if Indian companies are already sourcing from China, and the Indian consumer does not mind them doing that, then what are we talking about?

Q. How big a threat is the internet to organised retail?
The internet is a very interesting possibility in the Indian context. First of all, you have lots of people who are getting quite savvy on the internet. They are not afraid of making [online] transactions. As this population matures, they will become more open and comfortable doing business on the internet. The second thing is convenience. As travel becomes more difficult, and as the number of two-income families keeps increasing, nobody will want to go to the market and spend time and effort to get something. It is no longer a pleasant experience. That’s the opportunity.