Filmmakers often shape our dreams. We chatted with R. Balakrishnan, the director of 'Cheeni Kum' and 'Paa', to understand the work behind the glitz and glam of the Hindi film industry 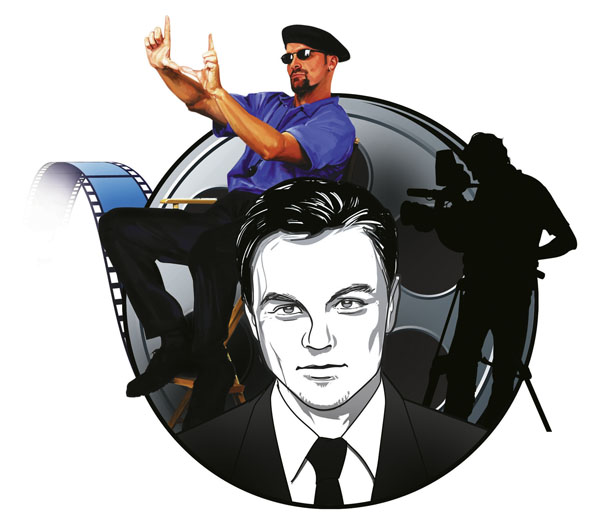 How do you get the ideas for scripts?
It just drops in. It’s something that you see or something you remember or it is just a thought that happens.

Was it hard to reverse the roles of the real-life father-son pair of Amitabh and Abhishek Bachchan?
We knew we were doing something that could never be done again like father playing son and son playing father, but I think they forgot the iconic danger of the relationship reversal. Both of them are such fabulous actors that we just said we were doing it like any other story. So we were not over-burdened by the reversal of roles. We just did it like we would do any interesting story.
What were you like on the day of the premiere?
I was just waiting for the film to get over so that I could see the faces of the people getting out. And then you realise in a premiere it gets over so late that you are so tired and you just want to go home.
Do you think there is a way to define a good film?
It should entertain a lot and at some level it should make people laugh, cry, think or learn. The key is involvement.
Why do our films need to have songs in between?
Songs [in films are] a unique creature of Indian cinema, which I think we, as an Indian audience have grown to like. We shortcut a lot of things through songs and we love songs. So I don’t think a song is a negative. A song is a positive thing that differentiates our cinema from a lot of other cinema.
Have you ever had to cope with star tantrums?
I don’t think I’ve had the opportunity to do it, but if I had to, the one way to handle it is with patience. Somebody is going through a tough time at some point of time, so you have to have patience.
Is there a method for selecting scripts or do you purely go by the gut?
It is a very laborious process. At least two or one-and-a-half years goes into the film. So unless the director sees some value in the story [he won’t go for it] and his gut will tell him this is the one I should pick for one-and-a-half years.
What is the toughest time of a day for you — between the time when you utter ‘action’ and ‘pack up’?
Just watching that particular scene; that’s the time you know if a particular scene is happening or not happening. You know it’s happening when you know it is close to what you’ve visualised. It’s giving that perfect mood for that scene, you just know it.
Which is your favourite film?
Moondram Pirai, the Tamil version of the film Sadma.
What’s the one thing that we must absolutely not learn from Hollywood?
Never give up our emotions and the way we deal with our emotions. Never give up our way of telling a story. There is a lot of originality in the way we tell things.
(As told to Nilofer D’Souza)

Tweets by @forbes_india
Tourism Business in the Middle of Nowhere
M.S. Swaminathan: No Urgency for BT Brinjal