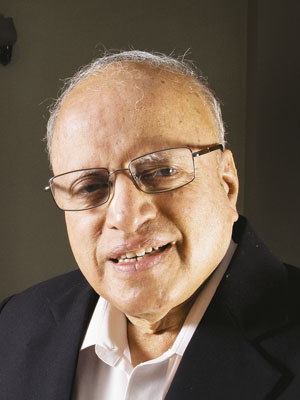 There is a feeling that the need for political consensus has drowned the voices of scientists about the safety of BT Brinjal.
There is need for more tests. Tests have largely been done by the company. There has been no independent verification. In many countries there is a need for independent verification of data.
Biotech is a very powerful tool. We should not deny ourselves the benefits of it. But then, when it comes to food crops, risks and benefits have to be weighed in a way that public has confidence that risks have been considered.
US, for example, has three independent mechanisms for verification. The Environmental Protection Agency studies the environmental aspect. Federal Drug Administration studies all aspects of human health, short term, long term and so on.
The US system is also such that if something goes wrong, if someone can prove that you get cancer by eating this product, the punishment is very high there — $20 billion to $30 billion. It’s fair and swift. So, companies are also very careful in the US.
But what if these products get mired in discussions, controversies at the end as it’s happening to BT Brinjal?
There is no urgency here. It’s not that if you postpone this variety of brinjal for another year, you lose anything. It’s not a food security crop.
I see three positive outcomes from all these discussions. One is general enlightenment of public. They have been getting concentrated dose of education in terms of understanding of GM crops.
Secondly, companies are learning that in a democratic society political leadership, general public and media have to be taken on board. I can’t say, “I am a scientist and you don’t know anything at all”. People won’t accept that.
Third is that government is realising that there is the need for regulatory authority in our country, which is very professionally competent, which can weigh risks and benefits without putting anything under the carpet, which has its own testing labs, so that it can give independent verification.
Is there a chance of big business domination in agriculture?
I don’t think there is a risk of big business dominating Indian agriculture. Holdings in India are small. There are 115 million farming families, 25 percent of world’s farming population. A few big business - at best they can control some areas. That’s why Jairam Ramesh has been talking about public funded research in bio technology.
Farmer is ultimate judge of the value of a crop. Until you raise it commercially, you won’t know. Farmers will like BT Brinjal, if it’s going to reduce his cost. But today its not that risk which has come up. It’s consumption risk that has become more important than cultivation risk.
Do you think things could have been done differently?
There should have been much more public education. In Switzerland, some years ago, there was the referendum on GM research. The result was an overwhelming no to GM. Then what scientists did was, they went to the streets, they did a massive education programme. Next referendum was in favour of GM research. Scientists realised, in a democratic society you can’t take people for granted. In Switzerland, there is a referendum for a lot of things. But then, Switzerland is a small country. India is too big.
Personally, do you feel it’s safe to consume BT Brinjal?
I can’t say because it’s not a question of astrology. Scientists should not predict the future. They should shape the future. I would like to shape the future, and that’s what we try to do in our own foundation: For example, developing varieties that are resistant to sea water.