Everyone still remembers the success that B.C. Khanduri, the road minister in the NDA government, nine years ago, had with the Golden Quadrilateral. You were among the contractors. What were the reasons for the success?
It was mainly a clear focus on implementation. About 56 packages were tendered out at the time, and the execution of each one was tracked very closely. NHAI [National Highways Authority] grew from a sleepy organisation at Maharani Bagh in Delhi, to a much larger, well-oiled outfit with zonal offices. Cash bonuses were given out to those who completed before time. 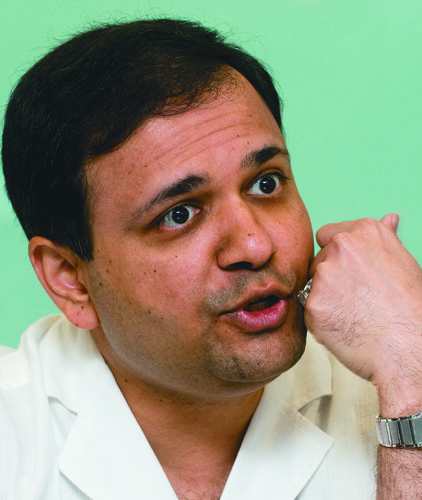 Image: Vikas Khot
Chairman and Managing Director, IRB Infrastructure
The project is almost complete, except for about 50 to 80 km sections in West Bengal and Orissa. The North-South-East-West corridor however, is still languishing. But land acquisition problems are being addressed now.
The minister for roads, Kamal Nath, is being almost evangelical in his zeal for rolling out new roads. How different are these plans from earlier ones?
The scale of the projects is so much larger. While the average package size when the Golden Quadrilateral was being awarded was about Rs. 100 crore, it is about Rs. 1,000 crore now. Kamal Nath likes to have a big-bang and is working on mega-projects and expressways, in addition to the highways.
On a practical level, our problems with the model concession agreement have been ironed out. The pipeline for projects has been built in the past five years. All that remains now is for the
government to award the projects. We have bankable agreements now. We only need to focus on action.
How much of a problem is it to get land?
Legally, the process is in place. Land owners cannot stop acquisition; they can only approach the courts for higher compensation. Most of the land is made available when the project is awarded, up to 50 percent to 80 percent in many cases. The issues that arise are with forests or in urban areas.
What is the likelihood of competition from foreign players, once the big bids are announced? Hundred percent foreign direct investment [FDI] is allowed in the road business. About 40 foreign companies came in when the Golden Quadrilateral projects were announced. These included Russian, Chinese and Malaysian companies. Some lost their shirts, most went back though a few Malaysian companies are still around. We expect many foreign companies to come in with the resources.
The people who are really excited are financial investors, like the pension funds, for whom the cost of funds is really low at 0.5 percent to 1 percent. The projections of a tariff growth of 6 percent are enough to excite them. Very high technical scores have been set for qualifying for large projects and this could favour foreign players. Only 10 to 12 Indian companies have projects of over Rs. 5,000 crore.

How is IRB preparing to deal with the increase in business expected from large contracts?
We will need much higher execution capability. We have equipment worth about Rs. 250 crore. Depending on contracts, we will have to ramp up on equipment, manpower and more pre-casting facility. We are dealing with this in two ways. Firstly, by putting in seed-money to build up our contractors, so that we can ensure they work only with us. We have 3,000 people in IRB but will probably soon need 10,000. By guaranteeing them work, we are locking in good contractors.
The other move is to hire PMCs or prime maintenance contractors like Louis Berger or Feedback to look after the monitoring of large projects. This relieves pressure on our senior staff and increases our bandwidth.