K.P.C. Gandhi, founder, forensic laboratory Truth Labs tells Forbes India why nobody would dare ask him to change a report 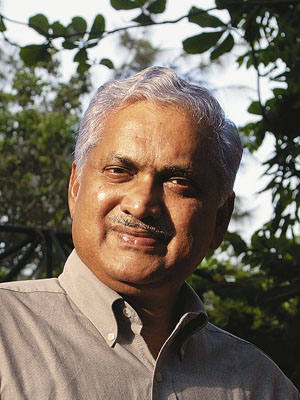 The report submitted by Truth Labs and the one given by Central Forensic Science Laboratory on conversations between the Bhushans, Amar Singh and Mulayam Singh have contradictory results. How did you conclude that the tape was doctored?
We took voice samples of Shanti and Prashant Bhushan from Prashant. Voice samples of Amar Singh and Mulayam Singh were taken from a Supreme Court audio file made available by Prashant Bhushan. We found a strange co-incidence that 17 bits of conversation in the files are perfectly tallying with conversations in the questioned tape. We then converted the conversations to voice spectrograms and found that the electronic signatures in the tape under scrutiny clearly matched with the audio file they were compared with. So we came to the conclusion that the voice samples were taken from the earlier tape. We are also sure that the voices match and that the speakers were not mimicked. There were also gaps or edit signatures at six points in the tape, which show that the recording was not continuous. Thus we have said it is not a one-time, one-place conversation. The other forensic lab did not insist on a specimen tape.

Is there a need for private forensic labs in India?
There are many occasions when people want forensic reports on forgery, theft and other crimes handed directly to them so that they need not go to the court.

How was Truth Labs set up? Is it an NGO?
Truth Labs was set up in 2007. It is registered as a public society... I sold a plot of land in Hyderabad to raise Rs. 1 crore to fund the project. As of now it is the only privately-run forensic lab in the country. We run up a loss of Rs. 2 lakh every month but we hope to break even in six months. On an average, we charge Rs. 5,000 per case. On an average we earn around Rs. 6 lakh a month and incur expenses of around Rs. 8 lakh. The team comprises forensic science professionals who have worked with the CBI and state police departments and who are known to be of unquestionable integrity.

Being a privately-run lab, do you sometimes face pressure to get your opinion changed on cases?
Two centres of Truth Labs were inaugurated by the Home Minister P. Chidambaram and former President of India A.P.J. Abdul Kalam… they are aware of the credibility that we command. Even when I was with a state government forensic lab, nobody from the government would dare ask me to change a report. Why would anybody now do that when I am running my own organisation?

What kinds of cases come to you from the corporate sector?
Most of the cases relate to suspicion on employees in circumstances such as theft of cash, hacking, sending obscene emails, diversions of funds and submission of fake documents and bills. Some of the big names such as Franklin Templeton, HSBC, State Bank of India, L&T, Bajaj Alliance have consulted us.