Rahul Khullar, India's former chief negotiator at the WTO, tells Forbes India why he believes the global trade talks would find consensus by 2010

Did India get out of the deadlock — that started in July 2008 — at the recently held World Trade Organization (WTO) meet in New Delhi?
That’s the first thing I want to dispel. Though things broke down in July, negotiations did resume in September 2008. And between September and November, on a large number of issues that were controversial, we came close to a solution.
And, by November, we were almost, sort of, getting there. But just then, one of the main countries took a completely maximalist position on certain aspects and that was just impossible for anybody to accept. 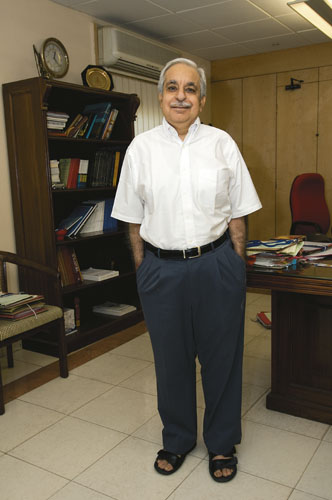 Image: Amit Verma
Rahul Khullar, Secretary, Ministry of Commerece & Industry
In terms of processes, what has changed fundamentally?
For one, everyone is back to the table for negotiations. Secondly, it’s a much sharper and shorter agenda of all the unresolved issues.
But a layperson presumes that unresolved issues would be the same as they were in July last year…
The divergence on many issues is not as stark as it was in July last year. Also the point is on some issue it’s just one or two countries who are pushing the agenda.
Suppose, there is something that actually concerns just a handful of countries then do you need to waste everybody’s time? So, in terms of processes, we are now working in a far more focussed manner than last time.
There are reports that services trade negotiations would be taken up actively and not just agriculture and industry issues…
Yes, that’s the other fundamental shift that has taken place. Services trade negotiations will happen in parallel. Many of the developed countries have aggressive interests in services trade. They have a huge competitive advantage in the financial services sector, telecom, information technology sector etc. So, supposing they can’t take back much in agriculture and they don’t get any breakthroughs in industry, they’ll see if they can take something back in services.

What does India gain on the services front?
There is no quantitative measure but we have a very good sense of where our competitive advantage lies, what we are good at and where we are clear established leaders. Any information technology enabled service or knowledge based industry we are going to gain. Primarily, we are going to gain in two areas. One is contractual services supply and the other is movement of independent professionals.

Which countries may not gain from services trade negotiations?
Most developing countries stand to lose in services but India is an exception. All of ASEAN is extremely defensive on services trade. Similarly much of Latin America, South and Central America.

Can the new 2010 deadline for the Doha Round be met?
The way this has been framed by the leaders, is because they are ones who decided 2010 as the timeline. Now the deal concluded means everything included, which means “nothing is agreed until everything is agreed”.
Theoretically, if you could conclude the agriculture and industry modalities by March 2010, then by September 2010 you will be ready with final schedules in these two areas.
Then between March and the summer of 2010, you close the deal on services, rules and other such areas. Then you give three more months for scheduling in these areas and that is how you meet the December 2010 deadline.

Who are the key players who could make or break the talks apart from US, EU and India?
Brazil and China because these too are giants. Other very important countries are South Africa, Indonesia, Japan, South Korea and all for completely different reasons. And Australia, Mexico, Canada and New Zealand.

Tweets by @forbes_india
Potential blowin’ in the wind
Capt. Gopinath Wants To Set His Terms For Cargo Industry