Don’t Leave the Fate of Power to the States

S.S. Rao, the outgoing CEO of JSW Energy, talks to Forbes India about the problems in the Indian power sector and the opportunities 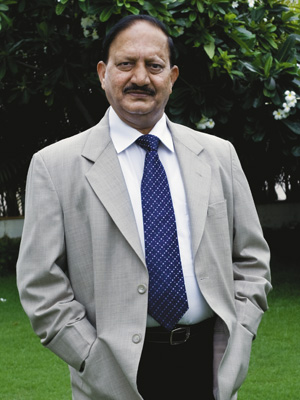 How serious is the shortage of fuel in India?
Coal found in India is of low quality and, thus, almost everyone is importing it from Indonesia, Australia or South Africa. This is despite India having one of the largest reserves of coal globally. The problem is that coal is being produced only by one government-owned company [Coal India]. At present, it has a capacity of about 450 million tonnes. Though it is increasing its production, it might not be enough as India would need nearly 1,000 million tonnes of thermal coal every year if the announced capacities come on line.

Even gas as a fuel is not a reliable alternative. Its availability, quantum and price are questions that are yet to be answered in India. Moreover, gas prices are liable to fluctuate according to international oil rates.

What is the next big opportunity in the power sector?
That will be distribution as it is completely untapped as yet. There is a lot that can be done in the segment in terms of reducing costs, increasing revenues and making it efficient. But there’s one thing that’ll help open up the industry: Take power as a subject off the Concurrent List and put it under the purview of the Central government. Right now, each state has a power regulator, making policy implementation a tedious task.

JSW Energy has a very good succession plan…
I was clear to put in a clear succession plan from the time JSW Energy was born as a joint venture with Belgium’s Tractebel, and later as Jindal Thermal Power Company in the mid-1990s. I handpicked the next crop of leaders — R.R. Pillai [executive director], Upinder Singh [COO, Raj West Power Limited] and K.J. Varkey [senior vice president, JSW Energy Ratnagiri] — and rotated them among the technical, operations and maintenance departments. Each one of them also took care of human resource at least once. This is important — the person whom you have identified as the next leader or CEO should get experience in different fields.

Sure, there are people who are worried about their chair and do not want to recognise the emerging executives under them. But a proper succession plan helps eliminate this kind of attitude and instils an element of competition. It is difficult for an outside person, especially in the senior level, to come into an organisation and seamlessly merge with the company culture. Thus it is always better to get a fresher and groom him for higher responsibilities.

What drove your passion for HR?
Lack of enough quality manpower is one of the three main issues that the Indian power sector currently faces. The other two are availability of equipment and fuel. Earlier, the local power sector was dominated by the state electricity boards. I don’t want to blame them, but somehow they didn’t create the benchmark in manpower efficiency. NTPC was the only place which had a proper training programme. Unfortunately, it became a poaching ground as more and more private players entered the industry. Now NTPC is facing a manpower crunch! At JSW Energy, we recognised the problem and set about recruiting fresh graduates and training them internally.