Keeping Top Talent In A Down Economy

How do managers boost the performance of employees when business is down? That question is the focus of a new book by Sylvia Ann Hewlett. Top Talent explores the wide range of tools and techniques available to employers struggling with both how to motivate and keep the loyalty of workers and managers

In good times, companies say that people are the most important asset. In bad times, they get rid of them. Is that a paradox — or hypocrisy?
At the heart of the problem is that a lot of the top performers out there feel totally ignored and out of the loop. Their bosses are perhaps focusing on the clamouring clients in this recession or on the vaporizing bottom line. And these top performers feel that they’re being taken for granted. Many bosses seem to think that — with a 10-plus per cent rate of unemployment — they can rely on their best people putting their nose to the grindstone and delivering 110 per cent day in day out. But that’s not true: there’s a lot of alienation, a lot of disengagement. My sense is that 50 per cent of the workforce is spending more than half of their time looking for their next job. I think the flight risk, as well as the productivity losses, that happens because bosses are out of touch with how their workers think and feel (even their best workers!) is enormous.

You commented recently that the loyalty rate among star performers has now plunged from over 90 per cent to about 53 per cent. Why has that happened?
Top performers feel neglected, and many of them are struggling by working in companies with broken business models. Imagine being in a company within the financial sector right now — or the pharmaceutical industry or maybe the media industry. There is massive turbulence in those entire industries, and those working in such companies feel that they’re not involved in figuring out how to help move their company forward. They also feel that somehow they’re not nearly as important as they used to be. They’re struggling by working within depleted teams, given that many of their peers might have been fired over the last couple of years. If you are working in a company today, the odds are you’re doing much more work with less help or resources. In our surveys, we find that 20 per cent of employees are working nine hours more than just a year ago. So the pressures are intense and the recognition of effort is very low. Obviously there’s a lot of disengagement, a lot of turning off of trust and loyalty to the company and its bosses. 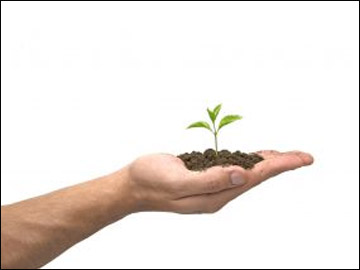