Generic pharmaceuticals can be a prescription for blockbuster growth 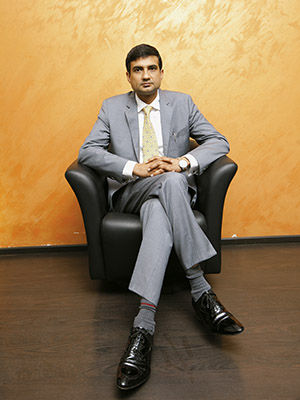 After politics, it is perhaps the branded generics market in India where the incumbency factor plays out in full force for new entrants. The top few firms cover five to six percent of the market; the rest is cluttered with 20,000-odd players. In 2007, Eris Lifesciences entered this space with a strategy to identify gaps in super specialties in select categories, such as cardiology, gastroenterology, pediatrics, orthopedics—in the process creating new market segments. For instance, Vitamin D. New research shows it can keep liver and thyroid disorders, and even cancer, at bay. The Vitamin D market was Rs 18 to Rs 20 crore three years ago. In 2012, it added Rs 94 crore to Eris’ revenue of Rs 296 crore. The company has launched diagnostics for Vitamin D deficiency, and has eight such products in its portfolio, including suppositories.

The man behind it
What ICICI did to banking—“treat customers like customers, charge a few basis points higher than the public sector banks and provide quality service”—founder Amit Bakshi wants to do to specialty pharma. Over the decade he spent in the industry before starting Eris, Bakshi saw Indian firms go berserk launching brands. More than 50,000 brands make up India’s Rs 60,000 crore pharma market. People had no idea what they wanted to achieve; field-force productivity was low, as was sales per brand, he says. With Rs 3.5 crore in average sales per brand, Eris is ahead of the industry. “This industry is not about good or bad, it’s about old and new,” he says. But he believes it’s only through enhanced productivity that the industry will witness its next phase of growth.

Why It Is a gem
A foot inside a doctor’s clinic is tougher than ever before. But if a drug maker can identify holes in the prescription, and fill them, it can hit a sweet spot. Add to that Eris’ sound execution: The annual per person productivity of its field-force at Rs 25 lakh beats the industry average of Rs 70,000 to Rs 20 lakh. It has grown 145 percent in the last four years, and is among the top 35 firms for branded formulations. In 2008-2009, it was ranked 29 and 224 by IMS ORG in cardiology and ENT respectively. By June 2012, it was No. 1 in both categories.

Why It was Hidden
It was a conscious decision by Bakshi to keep a low profile, and focus on execution. Eris does not serve the over-the-counter market. Hence consumer interface is minimal.

Risks and Challenges
In a fragmented market, getting a foothold is a big challenge. Routine execution is no less challenging. “But we were prepared for the worst,” says Bakshi. Eris has a sizeable pool of pharmacists who study reports, look for therapy gaps, and interact with doctors. But consistently finding products that would yield blockbuster revenue is not easy. “The numbers they have achieved is impressive, but the challenge will be to take the next leap, look for opportunities to replicate their strategy of finding product gaps,” says Anjan Sen, director, Strategy and Operations, Deloitte, India. Also, if the gaps are lucrative, there will soon be  intense competition, he says.

Show More
Get the latest stories, videos, and podcasts from Forbes India directly in your inbox every Saturday
Thank you for your comment, we value your opinion and the time you took to write to us!
Comments 25

Tweets by @forbesindia
Adiga's: Success on a plate
Lisa Adams - The Closet Queen