The real problem is of unequal opportunities: Maitreesh Ghatak

It leads to an uneven distribution of gains, of growth and limited upward mobility. The thrust of our development policy initiatives should focus on how to deal with that, Indian economist and a professor of economics at the London School of Economics, writes 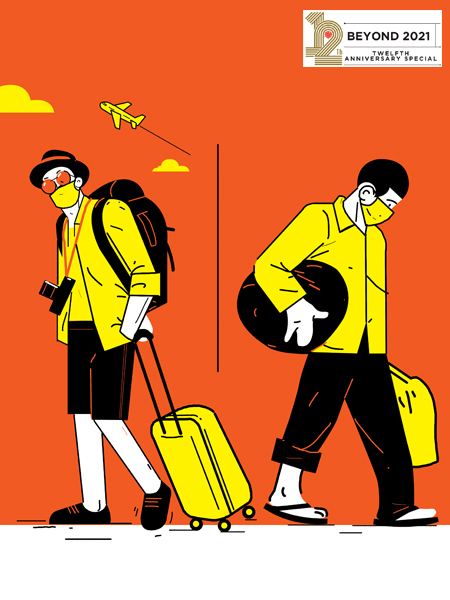 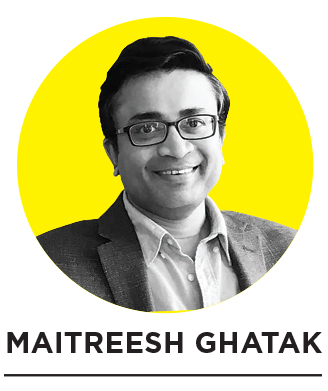 Does India have an inequality problem? It would appear so.

India’s economy experienced the largest contraction (8 percent) in the post-Independence period due to the Covid-19 crisis and its economic fallout last year. Yet, the stock market has recovered from the initial dip and is up by 75 percent from a year ago. The total number of Indian billionaires rose to 140 from 102 last year; their combined wealth has nearly doubled to $596 billion. India has the third highest number of billionaires in the world after the US and China. Yet, if we look at poverty, India’s share of the world’s extreme poor is higher than its population share. India accounts for 139 million of the total 689 million people (20.17 percent) living in extreme poverty in 2017, according to World Bank estimates, while its population is 17.8 percent of the world population.

Now, India’s population is large and the fact that there are many Indians who are rich and many who are poor does not necessarily mean there is greater inequality compared to other countries. But, even if we account for population and economic differences across countries, analysis shows that India does have more than its expected share of multimillionaires.

However, looking at the very top and bottom tails of the wealth distribution gives us a limited glimpse of the problem of inequality. Moreover, the pandemic is a once-in-a-century phenomenon and so we need to dig a bit deeper to see what the story with inequality in India is.

The World Inequalities Database that has been created by Thomas Piketty and his colleagues presents a relatively comprehensive picture of both wealth and income inequality across countries and how they have evolved over time. The picture it presents does point to an alarming rise in inequality in India. If we take wealth inequality, the share of the top 1 percent of total wealth was fairly constant around 12 percent from 1961, the earliest year for which we have numbers, to 1981. Since 1991, the year of liberalisation, it has steadily increased and reached 42.5 percent in 2020. The share of total wealth of the bottom 50 percent fell marginally from 12 percent to 11 percent between 1961 and 1981, but then it started declining sharply and stood at a mere 2.8 percent in 2020. Even the share of the middle 40 percent shows a similar pattern, hovering around 45 percent till 1981 and then falling steadily down to 23 percent in 2020.

Compared with other major economies, India has a relatively large gap between the top 1 percent and bottom 50 percent. While the US stands out in this respect, India has a larger gap than France and China, and is only marginally behind Russia.

Clearly, since the economy started growing faster from the 1990s, inequality has shot up. It was Simon Kuznets, whose pioneering work with national income data earned him a Nobel Prize in Economics in 1971, who established the empirical regularity that economic growth leads to an increase in inequality at first. In the initial stages of development, as new opportunities arise, the richer can take better advantage of them. At the same time, a large population of unskilled workers keeps wages down. Therefore, inequality goes up. This is clearly going on in India. The income of the rich has grown at a faster rate than that of the poor. If we compare GDP per capita between 1998 and 2019, it has gone up 8.5 times. Yet, if we look at rural wages, it has gone up by only 5.4 times.

But the fact that inequality has gone up with growth does not mean we should abandon growth. Since the 1990s, the percentage of people below the poverty line has gone down from nearly 45 percent in early 1990s to nearly half of that.  Therefore, growth may have increased inequality, but it has also reduced poverty.

This brings out an important tension that is often reflected in our policy debate—the growth-based narrative versus the inequality-based narrative. The problem with the inequality-based narrative is that without an understanding of the relationship between growth and inequality, just mechanically trying to reduce inequality might lead us to a blind alley. For example, if we focus just on redistribution, it will hardly make a dent on poverty. If we take the ratio of total billionaire wealth to GDP, it stood at only 20 percent in 2019 (starting with 1 percent in the mid-90s). Even if we took all of this wealth, while it would be a tidy amount (considering tax revenue as a percentage of GDP is only 12 percent), it still would not make a serious dent on poverty given the size of the population that is poor and, more importantly, will be a one-time affair.

But before we jump to the other end and conclude that growth will eventually lift everyone above poverty and so let us not bother about inequality, we should pause. It takes a long time for the benefits of growth to trickle down to make a real difference in the lives of the poor. Suppose, instead of the income level that defines the poverty line, we merely increase it by 20 percent. This is still a low amount. Yet, according to the latest estimates we have of poverty, even after several decades of relatively high growth since the early 1990s, more than 50 percent of the population is still below this threshold.

The problem with the growth-centred narrative is that while growth is necessary for poverty alleviation, it is not sufficient. For example, suppose we ignore the pandemic and contraction in GDP and all of that, and assume a dream growth rate of 10 percent. It will take more than 20 years of sustained growth of 10 percent per year in incomes to bring an Indian who is right on the poverty line up to merely the current level of per capita income, which still is low by global standards. And, no country in history has had two decades of sustained double-digit growth.

So, the real questions are: What makes growth inclusive and what policies can facilitate this. Kuznets had argued the process of growth would reduce inequality in the long run. He argued that with capital accumulation, eventually the demand for labour would go up sufficiently and this would push up wages. Also, the returns from acquiring skills would go up, which would not only encourage greater investment in human capital on average, but also open up doors for upward mobility. All of this would tend to reduce inequality as well increase growth. But even though average levels of income and educational outcomes have improved following economic liberalisation, mobility in India remains low overall. Those who are born in poorer sections tend to stay poor and this causes inequality to persist. Not just that, inequality directly hurts growth prospects by wasting the potential of those who are born poor but talented—instead of becoming successful entrepreneurs and creating jobs, they spend their lifetime in low-return occupations.

The problem with a growth-centered narrative is that while growth is necessary for poverty alleviation, it is not sufficient

Focusing on mobility allows us to step beyond the stale debate about redistribution versus growth. It also highlights what aspect of inequality is especially harmful. In a society where everyone has a minimum decent standard of living and opportunities are available for all, inequality can still arise due to differences in skill, effort, enterprise and luck. In such a society, our views on inequality and policies relating to it may largely be a matter of ideology or what kind of social values we have, e.g., the degree of our concern for the disadvantaged or aversion to inequality. However, when inequality creates impediments for the poorer sections to take advantage of economic opportunities (for example, by not being able to send their children to good schools), that hurts growth prospects.

So, India surely has an inequality problem. Reports suggest the pandemic has worsened it significantly as the poorer sections as well as the middle classes have been hit hard by the downturn, resulting in downward mobility. At the same time, as we noted at the beginning, the richer sections have actually gained. But leaving that aside, the real problem is that of unequal opportunities. This leads to an uneven distribution of gains of growth and limited upward mobility. The thrust of our development policy initiatives should focus on how to deal with that. Clearly, a part of the answer is to enable the poor better access to health and education. But this is not possible without a sufficient increase in tax revenue. In particular, we need a much more conscious effort to bring the rich under the tax net. After all, the upper and lower tails of the distribution of income and wealth are not unconnected.

There is a popular misconception that only the rich pay taxes. But direct taxes (personal income tax and corporate tax) only yield about half of the total revenue, with rest coming from indirect taxes (GST, excise and customs) and if anything, the pandemic has raised the relative importance of the latter. Moreover, given the alarming state of wealth inequality that we saw, there should be greater emphasis on wealth taxes, such as inheritance and capital gains taxes. These would go directly after the main source of inequality of opportunity—wealth.

Tweets by @forbesindia
Photo of the Day: The aftermath
Covid-19 Vaccine FAQs, Children Edition: We answer your frequently asked questions about coronavirus spread amongst kids