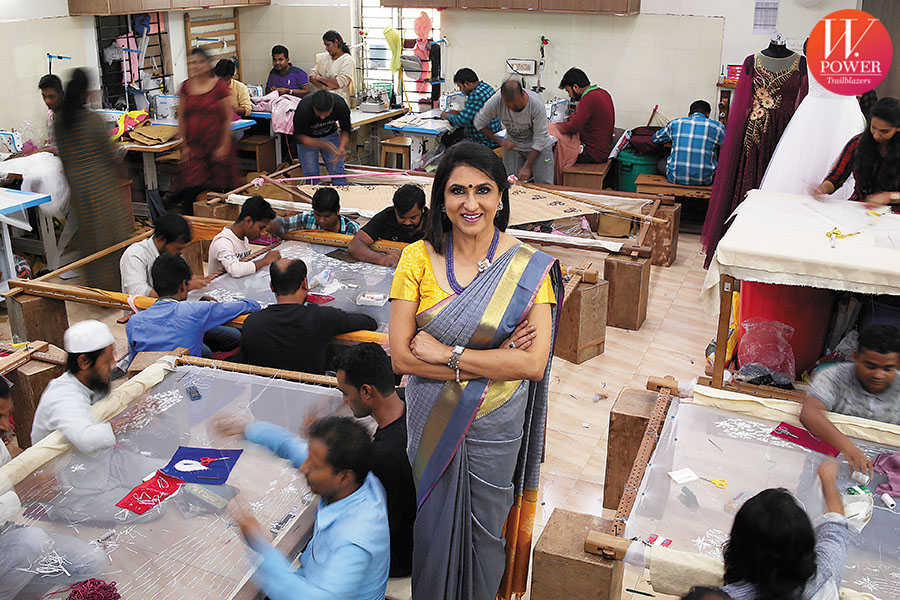 Beena Kannan is no ordinary fashionista. The 59-year-old has a very strong grip on the saris—encompassing the entire range from daily wear ones to bridal—that women across Kerala wear. Kannan, the owner of Seematti, one of Kerala’s oldest and largest textile outlets, took over the reins of the 109-year-old company in 2000 and has ensured that it remains relevant to the masses even today.

Seematti has two large stores, in Kottayam and Kochi—each more than 5 lakh square feet—in Kerala. Seematti’s saris, especially the bridal collection, combine traditional designs with contemporary ones, while also experimenting with materials and weaves. The saris are all the rage in the state, and Seematti’s stores see a footfall of over 10,000 people daily.

Four decades ago, Seematti had over 30 stores across the country, some in Kerala managed and run by other family members. But her father realised it was increasingly difficult to operate on a countrywide scale and they decided to concentrate on just Kerala.

“My grandfather had started the company,” Kannan says. “There were many branches of the showroom across Kerala, run by his brothers and their children, too. Those have eventually shut down, and now I am the sole owner of Seematti. My focus is currently on the two showrooms.”

Kannan started in the business as her father’s secretary. “I wanted to be a doctor or an advocate but my father told me I would be wasting a seat if I did that. He always wanted me to join the family business,” says Kannan who studied botany at BCM College in Kottayam, before joining the family business in 1980. “Within three days of giving my examinations, I had begun working in the company,” says Kannan. “I was the only child, and even though not many women worked in our community, my husband and father were keen on me joining the business.”

In the initial years, Kannan balanced work and parenthood, even as her father and husband were actively involved in the business. “The shop was close to the house, and I would shuttle between the two,” she says. In 2000, Kannan’s husband passed away, and Kannan took over the reins of the company from her ageing father.

She also got more actively involved in the designing, something she seems to have a natural knack for. “Designing saris is something I have in my blood,” Kannan says. “I spend a lot of time on the floor, listening and observing customers on their colour preferences, the kind of materials and their tastes. Based on that, I work with my team on developing new designs,” says Kannan, who is also the lead designer at Seematti.

Kannan brought in new designs, focussing on bridal wear and curating clothes from across the country that would appeal to Kerala’s populace. The designs often give the traditional a modern twist, by using non-traditional colours, or using borders with contemporary patterns.

Seematti’s fortunes began to swell, and she led the expansion of the two stores to accommodate more people and products. “We didn’t have so much money. We kept expanding the stores as we made more money,” says Kannan.

On the ball with fashion and trends, she also ensured brand visibility with ad campaigns and fashion shows. Among the people who have walked the ramp for Kannan at her bridal shows are actors like Mandira Bedi, Raveena Tandon, Urmila Matondkar, Lisa Hayden, and Deepika Padukone.

Seematti also found a place in the Guinness Book of World Records & Limca Book of Records in 2007 for presenting the world’s longest silk saree, measuring half a kilometre. The sari, unveiled on India’s 60th Independence Day, features images of Mahatma Gandhi, Mother Teresa and the Taj Mahal among others.

According to estimates, Seematti today has a turnover in excess of ₹500 crore. Much of Kannan’s focus remains bridal and daily wear, though Seematti also stocks men’s and kids’ apparel. The company’s saris range from ₹1,000 to more than ₹1 lakh, and it also retails clothes of major brands in the men’s section.

“Injecting new energy into a successful family-run business and doing complete justice to that legacy is no mean task, but to also be able to take that business to staggering new heights is truly commendable,” says Alan Alexander, founder, and creative director, at design label Kaleekal.  “Over the past couple of decades, Beena Kannan has single-handedly managed just that. She is a pioneer in many ways and can very well be credited for redefining the fashion landscape of the state and what fashion has come to mean for the masses in Kerala. When she got into the industry, even though there were other similar big players in the same segment, they were all perceived as corporate entities. Beena was the first face that became synonymous with fashion, particularly bridal fashion and through fashion shows, ad campaigns, televised shows and print ads she successfully brought fashion to the midst of the state’s general populace.”

Kannan credits her undying love for saris for the success she has found over the past few years. “I am generally good at identifying patterns and designs that will appeal to people,” says Kannan who is constantly travelling across the country to meet suppliers and weavers to create her line.

And though many businesses are moving online, Kannan isn’t jumping on to that bandwagon yet. “I have heard so many people complain about the kind of products they get when they shop online,” Kannan says. “For sarees that are cheap, online is a good platform. But I believe my customers will come to the store to buy a few but good products.”

Tweets by @forbesindia
Dr Seema Rao: India's first female combat trainer, fighting stereotypes
India may not see big salary hikes this year, but is better off than most countries 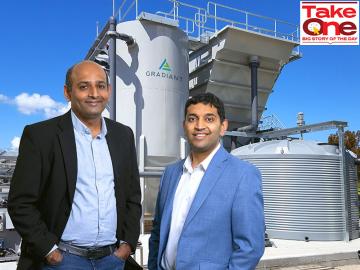