Ankur Capital is attempting to solve some hard problems in the country including in areas including agriculture, manufacturing, and bringing internet to the masses in their language 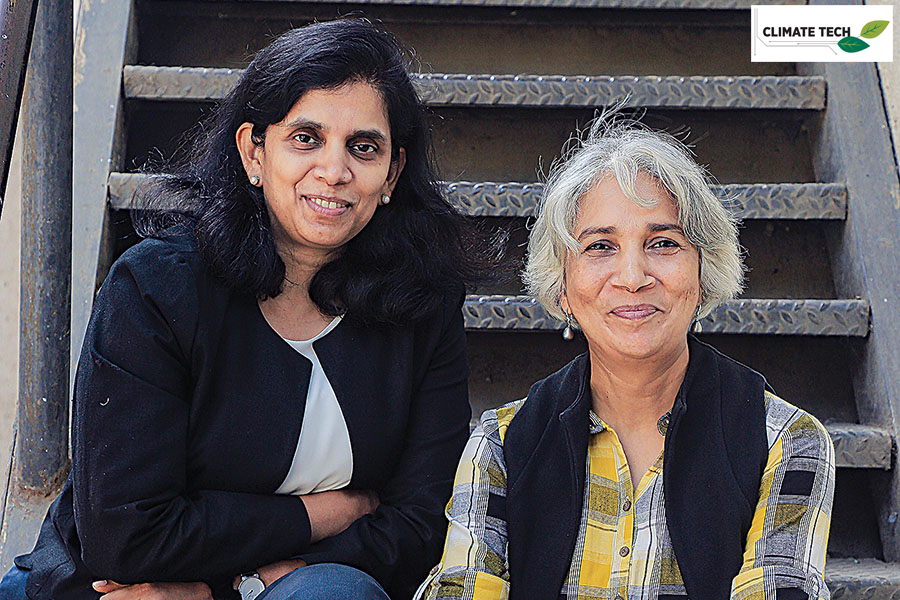 Ankur Capital was founded in 2011 by Rema Subramanian, a cost accountant by training whose career had seen her hold CXO roles in different companies. Ritu Verma, who has a PhD in biophysics and an MBA from Insead, teamed up with Subramanian as co-founder and managing partner in 2013.

Today, Ankur is a well-known early-stage investor in over 20 startups that are attempting to solve hard problems in India in areas including agriculture, manufacturing and bringing the internet to the masses in their own language.

Last year, Subramanian and Verma announced they had raised ₹330 crore ahead of an intermediate close of the firm’s second fund, and there was an option to raise another ₹50 crore depending on investor interest, The Economic Times reported in March 2021.

Investors such as the CDC Group, Dutch Good Growth Fund, Small Industries Development Bank of India, BIRAC, MacArthur Foundation and Nabard have backed the new fund, according to the paper. 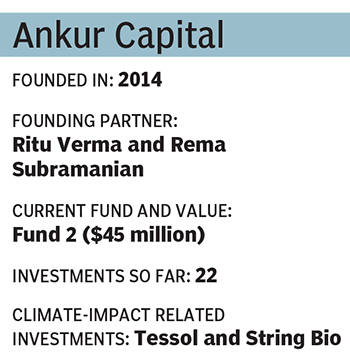 The fund is very timely, because in addition to the overall increase in the number of entrepreneurs coming up in India’s startup scene, “at Ankur we are also seeing a lot of deep science-led investments coming up potentially, which are actually cutting edge, competing globally on many fronts”, Verma says.

For example, String Bio, in which Ankur Capital has invested is taking methane, a greenhouse gas, as feedstock and producing protein ingredients for multiple nutritional applications. “They are just thinking of new ways in which manufacturing can happen that can address climate change,” she said.

Ankur’s efforts have also been validated by other hard-nosed investors as its portfolio companies have gone on to raise further funding at growing valuations. At Cropin, for example, an agritech startup, a Series C funding round saw early investors make 70x returns on their investments, the company said in a post in August 2021.

“For India to be a superpower, we need to be encouraging a lot more of this [science-based startups], we need a lot more capital and a lot more variety of capital,” Verma says.

Tweets by @forbesindia
Photo of the day: One more memorial
Want to back companies building the technologies of tomorrow: Speciale Invest's Vishesh Rajaram and Arjun Rao