Want to back companies building the technologies of tomorrow: Speciale Invest's Vishesh Rajaram and Arjun Rao

Speciale Invest has gone from one investment in an electric motorcycle company to an electric plane company to satellite and rocket makers to renewable water and probably, very soon, a hydrogen technologies startup 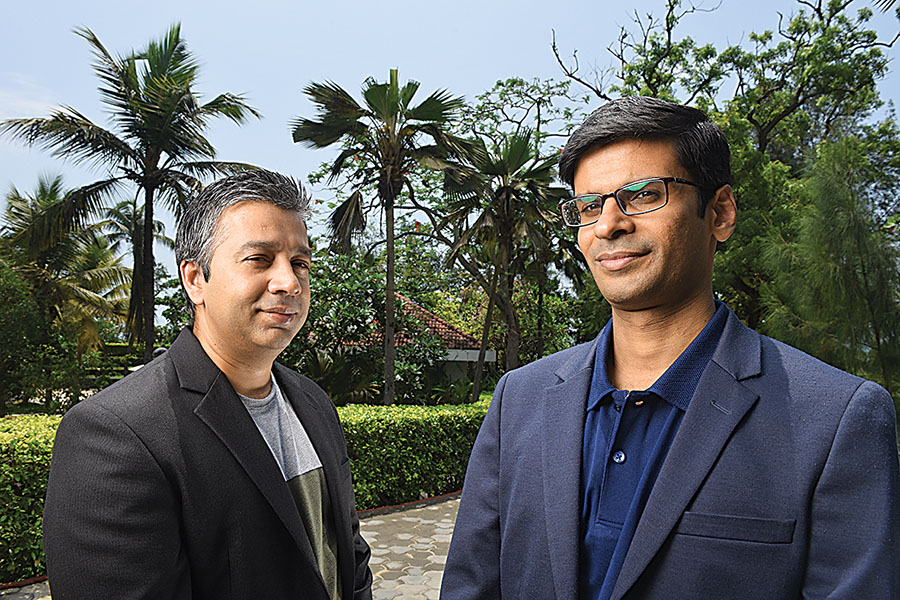 Vishesh Rajaram and Arjun Rao started Speciale Invest in 2017, bringing their complimentary experiences of VC, tech and startups to back entrepreneurs trying to solve hard engineering problems, “building technologies of tomorrow”, out of India.

Early in his career, Rajaram had visited Israel and the entrepreneurs and the tech he saw coming out of that country left a lasting impression on him. “More specifically, I kept thinking why can’t folks in India build some of these technologies,” he says.

Typically, the partners invest in pre-seed and seed-stage startups in deep science and enterprise technologies, offering cheques ranging from $100,000 to $1 million. With each new investment, they learnt something that helped them foray into a new segment of science and engineering. They’ve gone from one investment in an electric motorcycle company to an electric plane company to satellite and rocket makers to renewable water and probably, very soon, a hydrogen technologies startup. 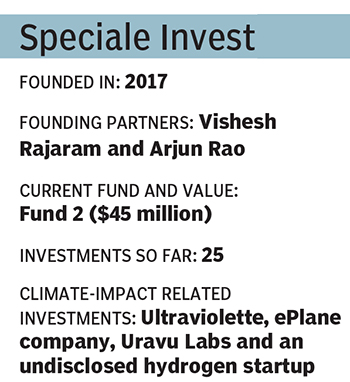 Speciale raised its first fund in 2018 and invested in 18 cutting-edge startups. In April, the partners announced the closure of the firm’s second fund at ₹286 crore ($38 million). They’d announced a first close last year, and by this March, Speciale had about 25 investments.

From a climate change perspective, Speciale has made investments in companies that will have both direct impact—such as Uravu Labs, Ultraviolette and ePlane Company—and some indirect impact such as GalaxEye, which is building a better camera module for satellite-based imaging.

Going forward, Rajaram and Rao expect to double down, as they say in startup lingo, on a combination of software and hardware engineering, backing exceptional entrepreneurs, while remaining focussed on the pre-seed and seed stage.